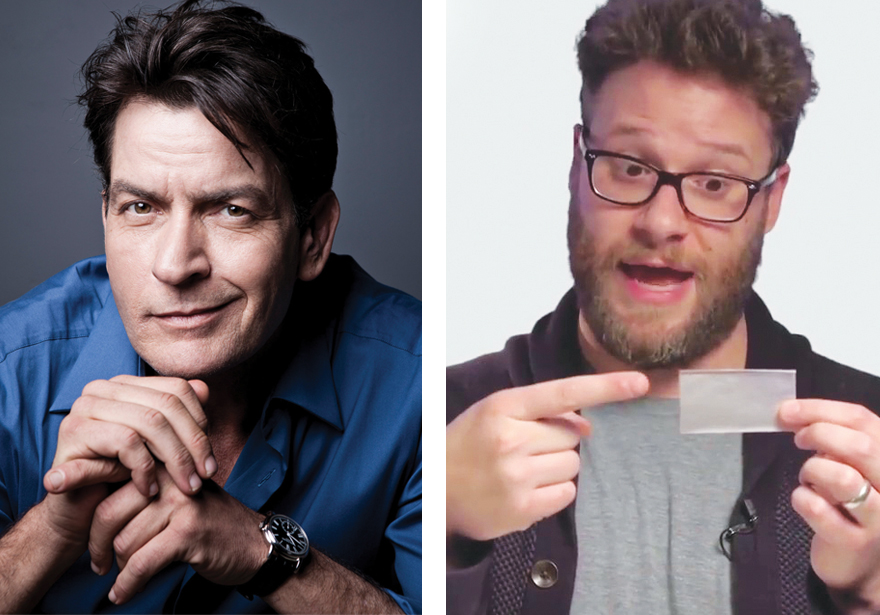 Seth Rogen has grown to be something of a young and modern, 21st century cannabis entertainment icon. In movies like The 40 Year Old Virgin, Knocked Up, Pineapple Express, and Neighbors parts 1 and 2, he has repeatedly loaded his films with very authentic and well informed cannabis references, actions, and jokes. When you see him smoke weed on screen it feels very real and he’s easily recognized and respected as “One of Us”. Now he is finally launching his own cannabis company with his long-time creative collaborator Evan Goldberg. Together, Rogen and Goldberg have created “Houseplant”, a Canadian cannabis supplier, ‘to make it easier for people to learn to love cannabis’.

Their first strain of cannabis is titled Houseplant Sativa and is now available through regulated retailers as well as online, but only in British Columbia. More strains are coming, including Houseplant Hybrid and Houseplant Indica, as well as soft gel caps and pre-rolls, and will be released later in the year. Rogen said:

“Houseplant is a passion we’ve brought to life through drive and dedication. Every decision we’ve made for the business reflects the years of education, first-hand experience and respect we have for cannabis.” While appearing in Las Vegas recently on The Jimmy Kimmel show, Rogen said launching Houseplant fulfilled a lifelong dream to “provide people with high quality cannabis.” This isn’t the first time Rogen has sold cannabis. “During prohibition” he sold cannabis and shrooms. “I’m doing my best,” Rogen told Kimmel. “I’m just trying. It’s an exciting time.”

Charlie Sheen is also launching his own line of cannabis, and his is a line of vapes. Sheen got sick and tired of counterfeiters and bootleggers naming cute and quirky cannabis strains after him. DailyMailTV reported that “In January, the 53-year-old star revealed that he has been sober for one year after an infamous meltdown, and has ditched booze, drugs and porn stars in exchange for exercise, healthy meals and has a 9pm bedtime in a miraculous recovery.” Sheen starred in the 1980s movies, Young Guns, Wall Street, Platoon and Major League, and said he was inspired to start his own cannabis line after his business partners told him other growers were cashing in on his famous name.

Sheenius, the actor’s new vape line, has a variety of flavors with names including ‘MaliBlu Dream’, ‘Milli’s Vanilla’, ‘Grandma’s Perfume’ and ‘Clown Mace’. “Clown Mace is pretty good, because what clown shouldn’t be maced?” Sheen told The Daily Mail. He continued, “One of our favorites is ‘Grandma’s Perfume’…

Sometimes it’s more about how words sound together, and then you start creating images, visuals behind the feelings those words create. We just wanted it to feel inviting and to generate curiosity – like what is a vape strain called ‘Mama Said No?” Sheen also told DailyMailTV that, ‘The Legend’, “was conceived after he was told he was a ‘legend’ by young people several times on the street. ‘It’s kinda cool, but it’s a little much, you know? Legends aren’t usually still alive.

But I started hearing it in enough situations and from a variety of people.” It’s not exactly clear what any of the names have to do with anything Charlie Sheen has ever done. Something inspired by “Hot Shots” or “Young Guns” seems like it would make a lot more sense. He also said he hasn’t smoked weed in over 10 years. It’s a little bit confusing.