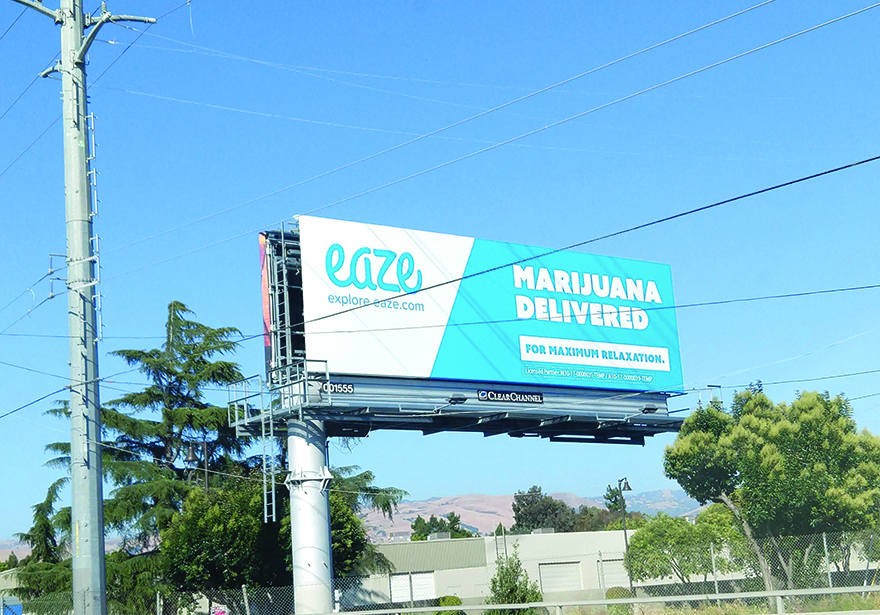 Eaze is a delivery service similar to UberEats or PostMates for the cannabis industry. However, Eaze walks a fine line of operating legally when they did not obtain their own retail cannabis delivery license. Their name has become quite popular due to the massive outdoor advertising campaigns they’ve launched in California.

Herban Industries, an Oakland based company in California, (owned by Canadian corporation DionyMed), is suing Eaze under California’s unfair competition laws and additionally accusing the delivery service of credit fraud.

Herban Industries’ 72-page complaint was filed in San Francisco County Superior Court, claiming that Eaze set up a system “designed to conceal the true nature” of purchases in order to credit or debit cards for cannabis goods.

The lawsuit alleges, “Eaze’s rapid growth and dominant position are a result of the market advantage it has gained by flouting criminal laws prohibiting wire and bank fraud… To increase sales on its platform, Eaze enabled the option to complete cannabis purchases by credit and debit card, even though credit and debit card companies prohibit the use of their products and services for cannabis- and marijuana-related transactions.”

In a statement to Leafly, Eaze denied the claims and suggested that the lawsuit was motivated by a desire by DionyMed to disrupt Eaze’s business and gain a competitive advantage of its own.

DionyMed and Eaze used to be partners, but they severed ties earlier this year when DionyMed decided to stop using Eaze to fulfill delivery orders. This was allegedly because DionyMed could not confirm Eaze was operating under regulatory compliance.

“The complaint alleges Eaze’s processing of debit and credit cards is fraudulent and illegal, and gives Eaze an unfair competitive advantage over Chill and other compliant operators,” DionyMed CEO Edward Fields said in a statement provided to Leafly. “We are completely committed to operating in a compliant way and it’s important there’s a level playing field for all participants in the cannabis ecosystem. We also believe investors have to have a reasonable expectation that all participants are subject to the same rules. Regulators, especially in California, cannot afford to put investor capital at risk by allowing illicit operators to break the law.”