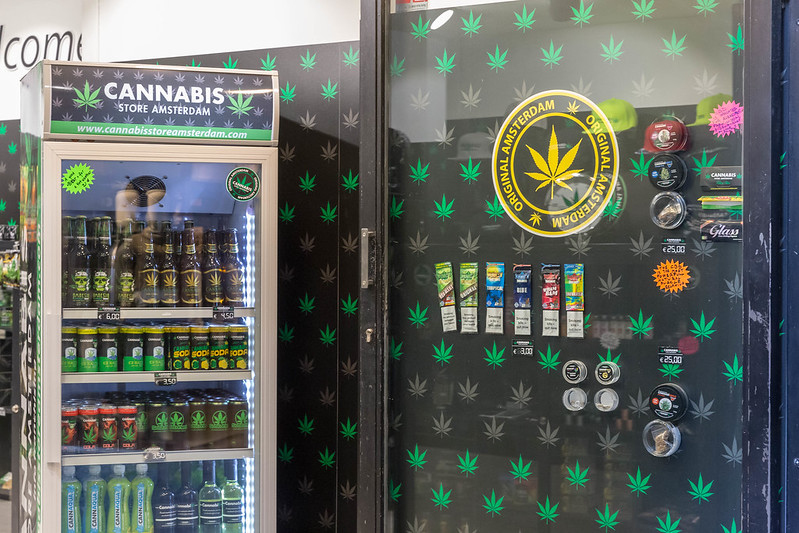 Whether it’s the video game industry, organized sports, or in most context’s it comes up in; “Pay-to-play” hasn’t always been viewed as the best of practices. In video games, players pay extra money in order to gain an advantage over players who are just playing with the base models of what’s available in-game, or what they have to earn slowly over natural progression. In sports, if you pay the fee to be on the team, you are entitled to play, regardless of your skillset. It’s great for the player, it’s not what’s always best for the team. Now, in the cannabis industry, if you have the cash, you can get an advantage over the competition by paying to push your brand in front of others on the shelves, and again, that’s not entirely a good thing.

A common practice in the retail industry known as “slotting fees”, individual brands pay retailers a fee to have the prime real estate in their stores, shelves, and displays.  According to an article by mjbizdaily.com, some brands pay anywhere between $500-1500 to dispensaries for priority shelf space. The practice is gaining popularity in California and Nevada, especially among shops desperate for any source of legal income. The black market of cannabis is still thriving due to the over-taxation and state regulations, especially in California, and it’s making business difficult for legit retail stores. The cost of doing business is getting expensive, and that can spell a lot of problems for smaller operations.

Slotting fees are non-tax deductible. According to the IRS Tax code 280E, you can’t write off any fees associated with selling a federally illegal product. This is a tax practice that legal retailers employ when it comes to slotting fees, which lessens the financial impact of marketing their merchandise. For now, cannabis brands are forced to absorb these costs. Cannabis consultants recommend that companies begin to factor slotting fees into their bottom line.

Retailers are stepping up what they offer to the brands they sell their shelf space to. Big time retailers like Planet 13 in Nevada, which serves about 130,000 clients a month, a lot of those visitors being tourists, offers a total partnership package from $10-15,000 a month. With 50 television screens to promote product, they also offer in-store promotions, pop-up demonstrations, posts on its social media account, which has about 26k followers on Instagram, and photography and menu board advertising. David Farris, Planet 13’s Vice President of Sales and Marketing says, “What we try to do is provide value for those brands. The idea is that it translates into revenue for them. We provide services, and we hope that that provides value for them. Las Vegas is a destination, and we’re a destination.”

In California, the legality of slotting fees in the cannabis industry is still up for question by manufacturers. In a separate mjbiz.com article, Cannabis industry attorney Khurshid Khoja and Hilary Bricken weighed in on their experiences with slotting fees. Bricken, who wrote a blog about the trend after several of her clients needed to negotiate these fees, says that there is no clear cut answer and that all cases would need to be settled on a case-by-case basis. A lawsuit will probably be necessary in order to clearly define the currently vague California guidelines. Khoja notes that California liquor laws prohibit slotting fees and that the current head of Bureau of Cannabis Control, Lori Ajax, was a former deputy with the Department of Alcohol Beverage Control. A primary factor would be, according to Khoja, whether California wants to model its regulations after the liquor or grocery industry.

Large companies like Las Vegas Based Vape Company “DaVinci” are taking a proactive approach to shelving fees, according to Shauntel Ludwig, Director of Sales and Marketing for the vaporizer manufacturer, who refers to the fees as “Merchandising fees”.  Companies like DaVinci are proactively reaching out to retailers and offering the merchandising fees up front. This gives the company the opportunity to have more control over how customers view their products. “Even if the person selling isn’t knowledgeable about our products, the consumer can see it and make up their mind whether that’s for them or not,” Ludwig said. DaVinci is implementing a range of product placement programs that it can apply in stores of different sizes, Ludwig said. The plans range from purchasing top-shelf placement, displaying posters, and information podiums.

Adrian Sedlin, the CEO of Canndescent, a large-scale cultivator in Southern California says, “This was always going to happen. I don’t see this as retailers gouging their manufacturers or their product providers. You don’t think Procter & Gamble isn’t paying for shelf space?”

As with most industries, big money and mass production means lesser quality. Companies who have the capital to invest in large slotting fees often do so because they mass produce or don’t make a lot of their own product. According to Nic Easley, CEO of Denver-based cannabis consulting firm 3C, “It’s not just that they’re mass producing, they use their licenses, invest in marketing and shelf space, then loop back around and find supply…They won’t have consistent quality of products.”

The future of the cannabis products we buy could be determined by the company who has the deeper pockets and not the company with the best product. “Pay-to-pay” or “Slotting” might work in the retail industry, but given the unique nature of the cannabis industry it might not do so well for both cannabis brands and consumers. Factors like quality, the cost of cultivation, manufacturing, and distribution in such a fledgling industry are still fluctuating and are uncertain. Adding more to the cost of doing business might put a choke hold on those companies who have been barely hanging on and deter new smaller entrepreneurs from entering into an unfair marketplace.  “Slotting” is still a fairly new practice in the cannabis retail space and likely still far from being settled.