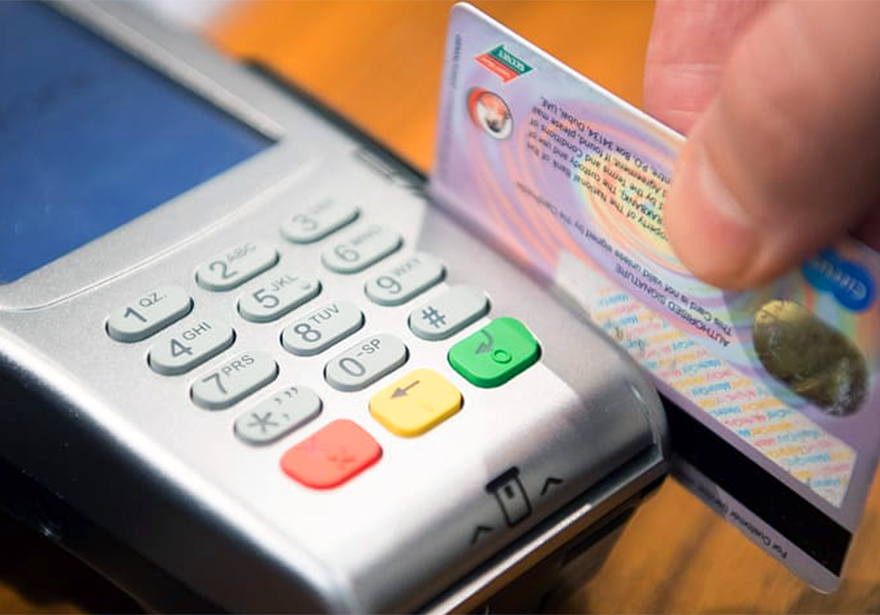 The cannabis industry has long had issues taking credit cards, debit cards and even having bank accounts. Work around services like cashless ATMs allow customers to use their debit cards to purchase marijuana at legal dispensaries.

Visa, Inc. issued a warning that cashless ATMs violate its service rules. Visa, Inc. has long complied with the U.S. federal banking systems regulations. This method disguises the purchase as a cash withdrawal, which Visa, Inc. considers miscoding the transaction.

The way it works is pretty simple. The buyer puts their ATM card into a point-of-sale device, money gets taken out of their account and goes to the store, and the customer gets the cannabis. To the consumer, it appears they are paying via regular debit card.

Transactions are rounded up to be taken out in even numbers so that they more closely resemble ATM withdrawals. For instance with a $75 purchase, a customer will withdraw $80 from their account and then receive the cannabis plus $5 in change from the dispensary till.

While Visa’s statement does not directly mention cannabis transactions specifically, it does zero in on the overall practice of using cashless ATMs for transactions.

“Visa is aware of a scheme where point-of-sale devices marketed as ‘Cashless ATMs’ are being deployed at merchant outlets and are operating in violation of the Visa core rules,” Visa said in a memo.

The Visa, Inc. memo threatens “compliance enforcement” action but does not provide any specifics. It is a move that may force legal cannabis dispensaries to go back to cash only transactions, which not only increases security risks by being cash heavy onsite, it also decreases the amount of sales a dispensary can make in a day. Having the ability to take a debit card increases sales for dispensaries 30-40% in two ways. The average purchase amount increases and so does the amount of transactions in a day.

This is an enormous threat to banks that issue ATM cards and process transactions. Visa is basically saying that banks that allow this practice and don’t enforce compliance action will be fined and kicked out of the network. It would be like getting kicked out of the payment business. Miscoding the card transactions is a serious offense. It is considered defrauding the credit card company networks and is seen in the Federal government’s eyes as money laundering. People have ended up in jail for knowingly miscoding point of sale terminals.

There are roughly 50 banks nationwide that process transparent transactions for cannabis companies, far fewer than people think.Most of them are credit unions or state sanctioned banks that provide oversight and compliance with cannabis bank accounts.