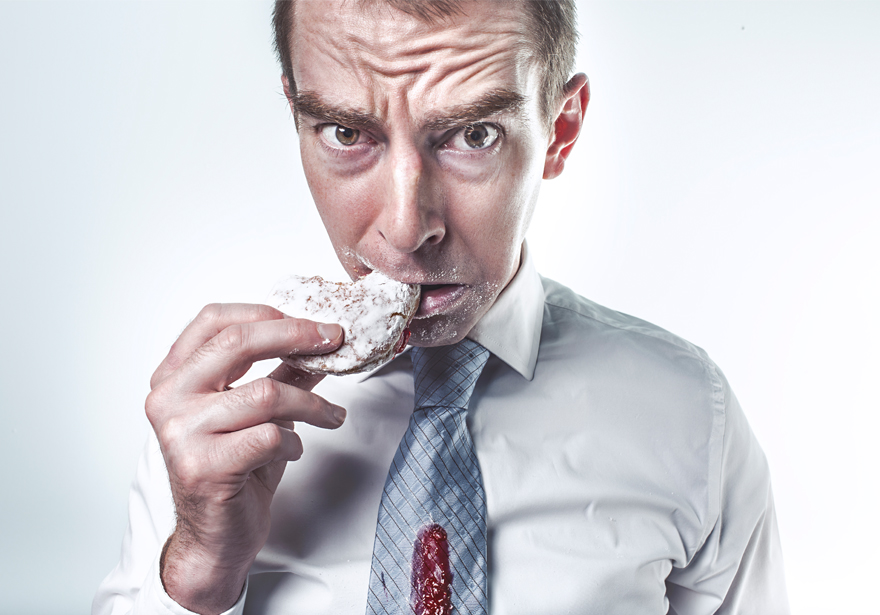 Eating can be a great delivery mechanism for the sacred marijuana herb. Not only does it avoid the lungs altogether (unlike smoking and vaporizing), it allows for consistent dosing and is very discreet.

When cannabis is inhaled, the body metabolizes THC through the lungs and you experience an euphoric “high” feeling almost immediately. Edibles instead utilize the liver, which provides a much different experience and requires a different dosing curve. Smoking brings a quick onset of the psychological effects followed by a steady and linear decrease in effect, typically lasting 1-2 hours, which on a graph would look much like an upside down checkmark. Eating cannabis is a longer process with a slower onset, much like a gentle, sloping hill. Onset is slower, taking 30-60 minutes (compared to 30-60 seconds with smoking) and the effects typically lasts 4-6 hours. Your mileage will vary of course, depending on the strain, cannabinoid profile and quantity ingested.

One of the great things about smoking’s quick onset time is that it functions as a regulator, making it difficult to overdo it. [Note: Nobody has ever died from consuming too much cannabis at once, or “overdosing,” but taking too much can be psychologically upsetting.] THC hits the brain so quickly, by the time you can pack another bowl you’ll start to realize the effect of your last hit. This isn’t to say you can’t overdo it –– joints make it notoriously easy to take rapidfire hits –– but when it does happen the adverse effects are usually not at the same scale as with edibles.

Edibles are a completely different game. As edible manufacturers pack more and more THC into each gram of food, eating even a small medicated chocolate bar, brownie, or breathmint, can result in an overwhelming experience. There are numerous anecdotal reports of people who’ve eaten too much cannabis freaking out. For example, the police officer who confiscated marijuana from suspects, baked some special brownies for his wife and himself, then feared for his life and called 9-11. Let’s avoid incidents like that.

Consuming alcohol is an apt, yet imperfect, analogy: Smoking weed is like taking a sip of beer. As you drink more, you feel the beer’s effects and you can gauge the amount of alcohol you’re taking in. Short of binge drinking with a funnel, it’s hard to really ‘overdose.’ The same can’t be said of liquor. Line up tequila shots and you can down the fifth shot before your body realizes what a bad idea that was. (Don’t worry, it will remind you in the morning.)

Most people don’t have a mental model of what an appropriate dose of edible marijuana is. If they take a couple hits from a pipe or joint, they can then see how they feel. But in edibles, where the dose is disguised with other ingredients, they have no concept of how much marijuana was consumed or which and how many cannabinoids are affecting their brain. Due to the government’s criminalizing and demonizing of all cannabis use – i.e. the war on drugs – realistic cannabis education is lacking. Very few people clearly understand strains, concentrations, dosages or quantities. By patient demand in medical cannabis states – and by government mandate in places like Colorado where cannabis is legal – many cannabis dispensaries are now testing their products and providing strain descriptions and cannabinoid labeling to show the CBD and THC mg counts. However, due to lack of regulation in places like California, many dispensaries do not include this information on labeling. In this case, it’s like going to a bar where the bartender hands you a pint of a mystery liquid. It tastes great, but you don’t know if it’s a beer, wine or liquor.

This is what happened when Maureen Dowd ate an edible candy bar in a Denver, Colorado hotel room. She ate a whole bar in one sitting that was meant to be divided into 16 doses. In our analogy, she thought she was drinking a beer, but instead downed a bottle of tequila.

There is no need for this to happen. These steps on how to eat a marijuana edible are intended to help you avoid a negative cannabis experience:

1. Pay attention to set and setting: Don’t have unrealistic expectations for your first time with an edible.

Many people obtain edibles and immediately want to use them recreationally, or to medicate. This is a very risky proposition as the edibles market is very disparate in its dosing and concentration. Bring an expectation of discovery to your first time with any new marijuana edible. You won’t know how it affects your body until you try it. Make sure your environment and mental space is set up for a relaxing time, and that you’re in a safe place. It’s also a good idea not to try any new edibles alone. We have to calibrate before we can celebrate.

2. Calibrate, start small and wait: This is not the time for bravado.

Most edibles now are labeled with their THC content (avoid edibles which do not list their THC content). Do some mental math and divide the edible up so that you have about 10mg per dose, based on the edible’s total THC. If it’s a 40mg edible, break off a quarter. Ingest this much, and wait at least a solid hour to see what its effects are like. It can take up to three hours for an edible to fully metabolize, so one hour is really a minimum wait time. How do you feel?

If you don’t feel anything after your full hour, wait at least an additional 30 minutes. Then, eat an additional half of what you just had. If you initially ate a quarter of that 40mg edible, break off another quarter and bite that in half. Wait again another 90 minutes. Repeat until you find a dose that works for you.

Why not eat another quarter? This has to do how our body metabolizes substances, especially orally. A lot of the active ingredients are ‘used up’ building up a base level of the substance in the body. Think of water boiling: it takes a lot of energy to get it to the boiling point, and then once it’s there it doesn’t’ take much to sustain the reaction. This is true of the psychological ‘euphoric’ state as well. If you don’t ‘feel anything’ on your first dose, a lot of the THC is ‘warming up’ your body to the new state. You might just need to ‘raise the temperature’ a few more degrees. What you want to do is find the exact right amount to start things out, without boiling over.

‘Break off a quarter’ sounds like great instruction until the cookie literally crumbles. This has happened to me, which makes it really hard to figure out how much is enough. Even I have ended up overdoing it a few times. The solution here is to a get a scale accurate to a tenth of a gram, so that you can measure how much you are taking. You can find one online for less than $25. If you’re serious at all about responsibly modulating your consciousness, a scale is a fantastic investment. This really is the best way to find your edibles “edge” and be able to reliably go back there, time and time again. In fact, the scale will pay for itself rather quickly as you’ll consume less medicine.