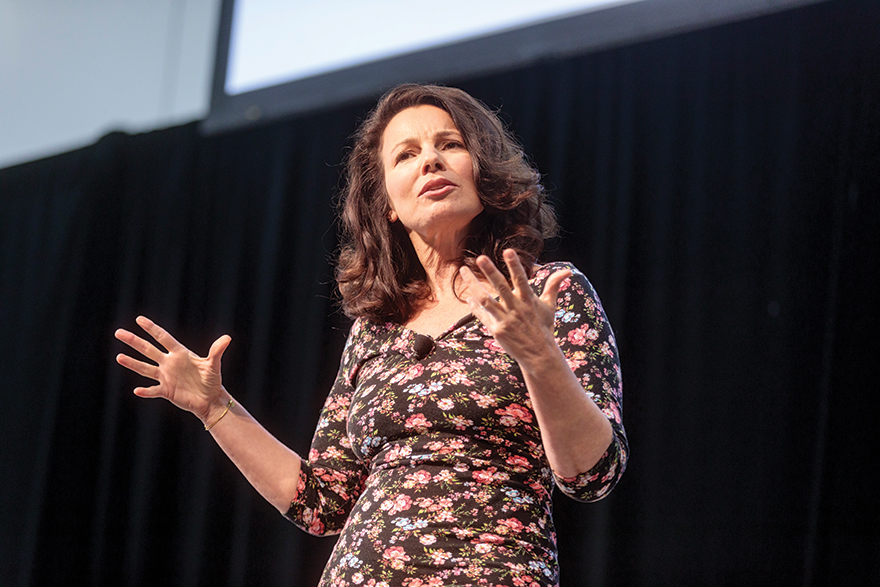 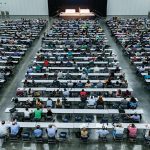 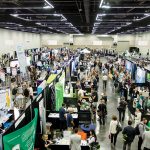 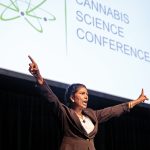 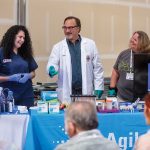 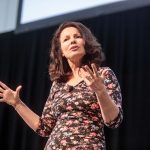 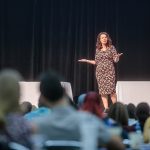 The Cannabis Science Conference is one of the most respected industry conferences that exist. This past September 27-28th, over 3,000 people came out to learn about the Science of Cannabis. There were exhibitors, break out sessions, a pre-expo boot camp, and keynote speakers like Fran Drescher. It was a quality educational event where scientists, doctors and professionals in the medical industry came to further their cannabis knowledge. It was the first cannabis expo Fran Drescher chose to speak at, and when her camp reached out to me to ask about Josh Crossney, the organizer, I had only positive things to say about Josh and his mission to educate.

“We were honored to have welcomed Fran Drescher to her first Canna event and looking forward to her Master Class Health Summit event October 23rd in Los Angeles.” Josh said.

“Fran Drescher is the perfect advocate for this industry. She talked about how her dad uses it for Parkinson’s. She is timeless and hasn’t skipped a beat. And a lot of it is because of the way she lives her life.”

Josh reiterated the importance of using one’s platform to educate, “Influencers are very important to this industry, it really feels great to introduce Fran Drescher to this community. It is people like Fran who give us credibility by going public to share their stories and personal relationship with the plant. That is powerful to have that kind of influence.”

Fran also eloquently educated with her Cancer Schmancer Movement platform, which is, “How you live = How you feel.” What you put in on and around your body has an effect on you, which is why we should strive for natural and organic products as consumers. She also emphasized this should translate to demanding pesticide-free medicine and organic cannabis.

Other notable speakers included John Easterling, Plant Medicine Specialist, Dr. Ethan Russo, Scientist at GW Pharma, Dr. Bonnie Goldstein, Pediatrician specializing in cannabis, Tracy Ryan, Founder of CannaKids and mother of Sophie who has a rare brain tumor and uses cannabis for it. Ed Rosenthal, The Master Grower, also dropped in as a surprise guest and spoke about cultivation and clean medicine. John Easterling is Olivia Newton John’s husband, and she ended up being a surprise attendee.

Next September 4-6, 2019 will be their fourth annual expo in Portland, Oregon, and have drawn such great interest that they are now doing an East Coast Cannabis Science Conference in Baltimore, Maryland April 9th-10th.

Josh gave Edibles Magazine™ the exclusive first announcement, “Montel Williams will be there to speak which is another wonderful influencer for this industry.”

The Baltimore sessions will include information about the new medical program at Johns Hopkins University that includes cannabis as well as speakers from the NIH (National Institute of Health) Maryland. Jim Belushi will be there to speak about his documentary called State of Oregon, which covers the Oregon cannabis industry and the process from how they went from medical to recreational, leaving medical patients suffering. For more information on their upcoming events please visit: Cannabisscienceconference.com