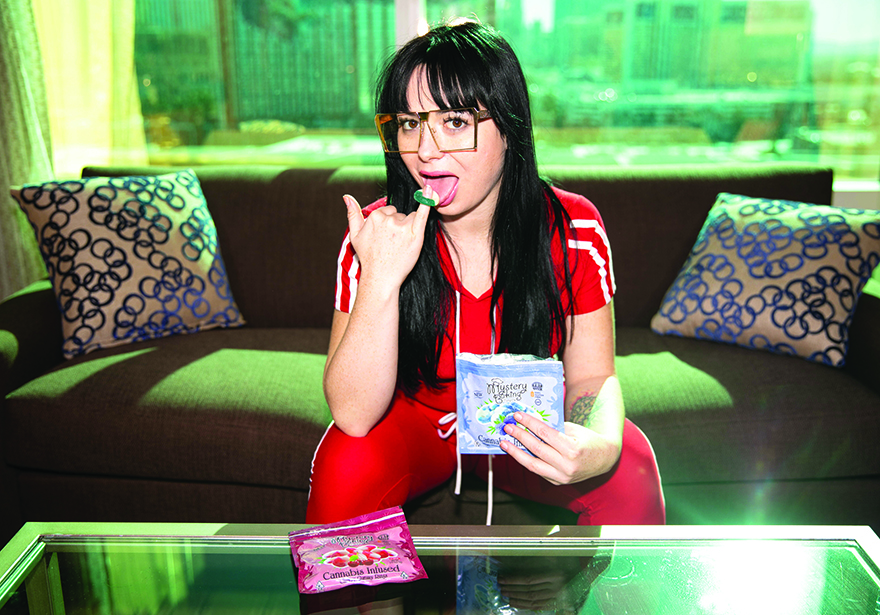 Not for the faint of heart, most of my experiences during adult industry awards season involve breathing processed air fortified with extra oxygen, cigarette smoke, and a cornucopia of germs, while consuming mostly alcohol, and running a marathon of networking and smut making, while constantly interacting with my peers and fans, and teetering about in uncomfortable shoes wearing not enough clothing (I honestly forget that Las Vegas is cold in January literally every year). Exhausted doesn’t even begin to cover it.

This year, I decided things would be different. Even though former adult entertainer Cardi B would be headlining the awards show, this year I just did not have it in me rock red bottoms down the red carpet (which snakes its way through the entire Hard Rock Hotel Casino, through a sea of eager fans and tourists). After nearly a decade as a performer in the adult industry, I’ve done things in high heels that most would never even conceive of, and my lower back has started to remind me of that reality more and more every day.

In the past year, I’ve prioritized healing myself from high heel pain, rather than trying to nab up the sluttiest shoes possible for the best bargain. I take more baths and go to less parties.

Cannabis edibles, such as Mystery Baking Company’s sour rings, have been incredibly helpful when managing the pain and discomfort I need to manage during awards season.

This year, I didn’t wear high heels once. I rocked a red track suit and low top Chuck Taylors at the expo, and a full length gown on the red carpet (with sparkly flats underneath that no one even saw!).

I kept a stash of delicious gummies from Mystery Baking in my vintage clutch, and while I was certainly tired when I returned home to Los Angeles after partying with Cardi, I wasn’t completely ruined—and that, at least, is progress.