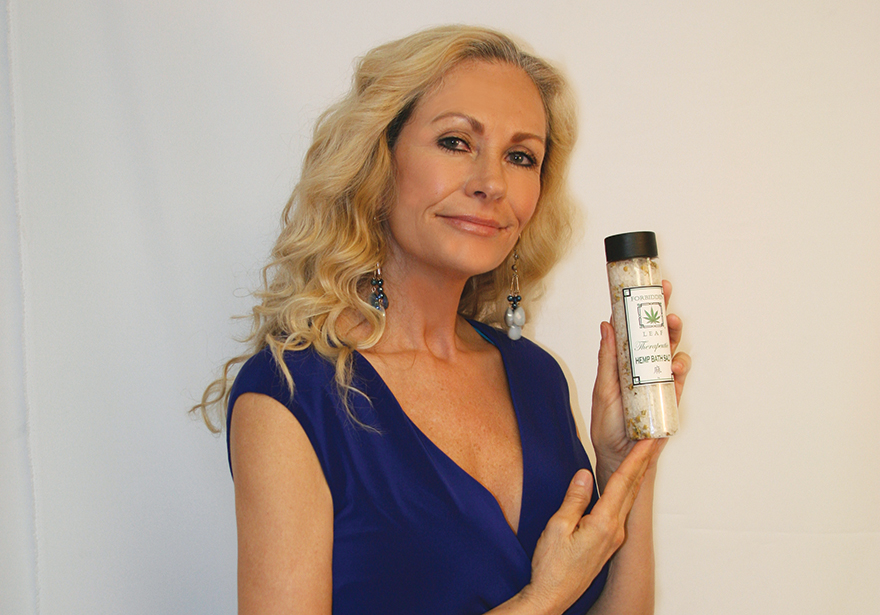 “Who better to defend a female plant than a woman?”

THE HEMP GODDESS – Dana Dwight began working with hemp seed oil in 2004. Her mother was diagnosed with terminal lung cancer and they used hemp seed oil as a nutritional supplement to help with the nausea and pain. After her mother passed, she continued using hemp seed oil for inflammation diseases like psoriasis.

She explained that Forbidden Leaf specializes in cold pressed hemp seed oil, which is much different than other companies as most of them use refined oil, according to Dana. Apparently cold pressed oil retains all of the vitamins, minerals and amino acids. Forbidden Leaf offers a complete hemp seed oil skin care line and are planning to enter into the THC infused line shortly.

Dana’s first time using cannabis was at the age of twelve. She stopped smoking for a while and then picked cannabis back up after being diagnosed with cancer. She explained that it is important to “reach out to others and to never give up.” Her mother was truly the inspiration behind what she does and although she has passed, Dana wants to continue her legacy of being so involved with this plant.

Dana and I discussed how more and more females are banning together and that it is creating a greater power for us. As she said, “I think it is time for women to have a voice. Times are a changing and we are bing heard.”

She rose a great point about where she hopes to see the industry go. “I’d like to see the hemp industry come back to America. We need to bring awareness to the other aspect of cannabis, which is hemp.”

Too often we come across people that believe since we have legal cannabis in some states, the war is over. However, this is a single battle and we have so many yet to come including tackling the idea of children and cannabis or the fact that people are still serving life sentences and the tight restrictions around growing hemp. The war is far from over and we need everyone’s help to fight it.

For more information about Dana or Forbidden Leaf visit: