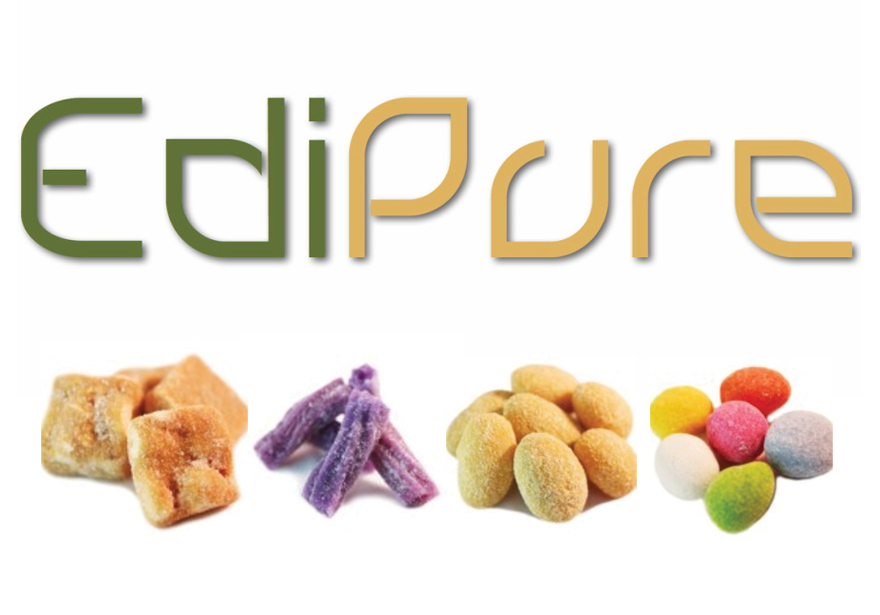 Many may imitate, but there is only one EdiPure. They are the original and largest infused gummy candy maker. It all began with the first medical license issued in Colorado in 2009. Since then, they have exploded on the market, currently spanning California, Colorado and Washington.

Staying ahead of the curve, EdiPure is launching a new, gourmet and Kosher product line that includes candied almonds, peanut brittle, gourmet licorice, candied nuts and more. EdiPure teamed up with a national candy maker in order to expand and perfect their edible portfolio.

EdiPure also has a new CBD line, made from whole bud plant extract, not hemp-based CBD oil, sourced from China with unknown origins and potential contaminants. They are currently working on a disposable vaporizer line as well.

EdiPure has always been a brand that complies with regulations pre-emptively. They anticipate that when cannabis becomes recreationally legal in 2016 for California, only the bigger businesses with financial backing will be able to obtain the licenses the state will offer.

While they’ve been scrutinized for “targeting children” by infusing candy, no children were actually reported to have been dosed with infused candy for Halloween, and studies have shown that chocolate is actually more preferable to children than
gummy candy.

They are one of the largest recreational infusion brands in Colorado, and are on the board of the Colorado Chamber of Commerce. An infusion license was just issued to EdiPure in San Jose, the only city in California to begin issuing edible licenses. There, they will begin the construction of their Co2 processing plant and new California headquarters.

Additionally, they are currently building their own facility in Chicago and Nevada as they have obtained both dispensary and infusion licenses in those cities as well. Next on the map for EdiPure is New York, which might be a struggle with their tightening medical marijuana restrictions. One day, in the not-so-far off future, should expect to see EdiPure in every state.