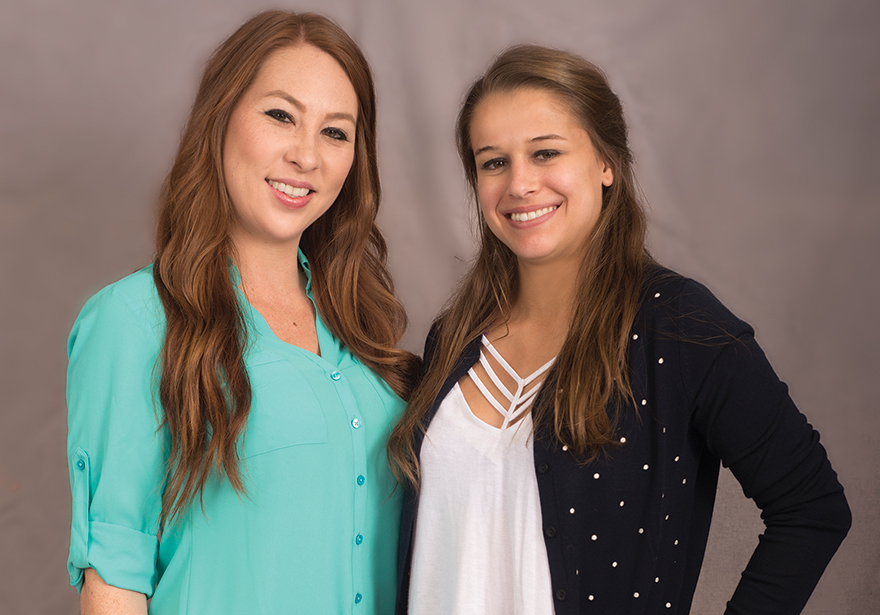 “We love being women and we love selling products for women.”

THE DYNAMIC DUO – Krystal and Chelsea Kitahara are the sister-duo behind this year’s Best Savory Edibles Winner, Yummi Karma. YK is a marijuana infused edible company specializing in products marketed to women including tinctures, chips, sauces and topicals. The Kitahara sisters were entrepreneurs from the start. “Way back in the day, we were the Cleaner Sisters. I would charge a dollar to vacuum, and would pay (younger sister) Chelsea to do it for ten cents,” explained Krystal.

That business spirit only grew from there. The girls tried several small business ventures, even taking on the organic orange juice market during college. Krystal believed in the honor system, and left a refrigerated cart of unpasteurized juice for her classmates. “I was pleasantly surprised that everyone paid. I learned that having a quality product was important, and the customers would follow,” Krystal said.

That philosophy is what fostered the growth of Yummi Karma. The sisters were active in the cannabis industry, and wanted to develop products that they saw lacking at their favorite collectives. “Basically anything that appealed to women. It seemed like everything was made for guys and we wanted to change that,” Chelsea explained.

That’s exactly what they did, but it wasn’t easy. “The paradigms have shifted in the last two years. Being women in the cannabis industry wasn’t as accepted when we first started out. I would walk into a collective and the buyer would assume I was just a rep — not the owner. Now, we get a lot more respect,” Krystal said.

Respect has grown between the sisters too. Through the hard work and success of Yummi Karma, Krystal and Chelsea have learned that they balance each other out, especially in stressful situations. Chelsea said it best. “We’re like yin and yang. Krystal has strengths where I have weaknesses, and vice-versa. It all works out in the end.”

While outgoing Krystal serves a more public role in the company, Chelsea, with a business degree from the University of Oregon, handles more of the back-office operational duties. Even though it is long hours, and never-ending meetings, the sisters enjoy the ride. “Being able to navigate through this process without massive amounts of red tape is freedom for an entreprenuer. We have been able to test things. We make a small batch, sell them to a few dispensaries, see how the move and then go from there.”

I have had the pleasure of working with these two ladies for quite some time now and I have to admit their Drift Away tincture is something that stays in my makeup bag and goes everywhere with me. They are truly strong women, whose products are both tasty and effective.

For more information about Krystal & Chelsea or Yummi Karma go to: