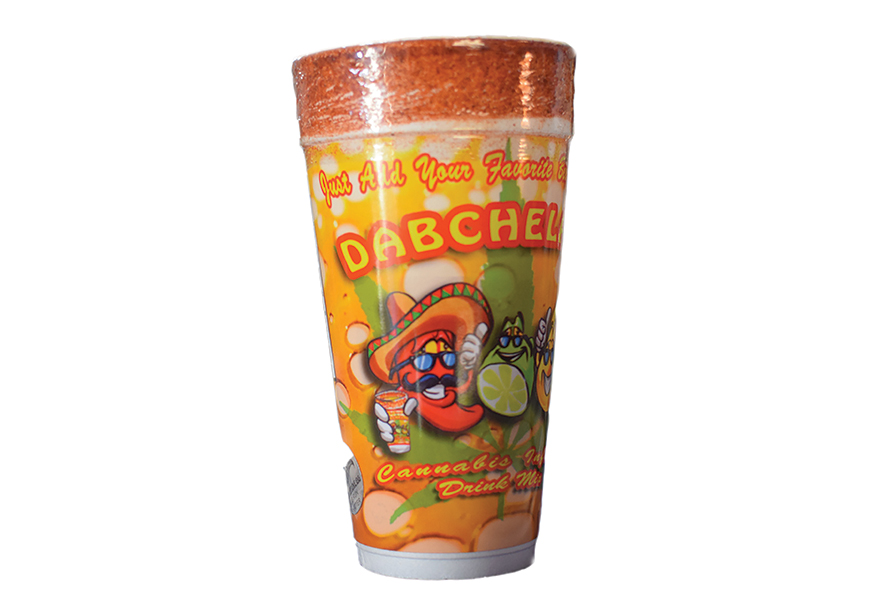 In light of Cinco de Mayo, we found a south-of-the-border favorite that has been infused with cannabis, introducing the Dabchelada. Dabchelada is an infused version of a michelada. Armando Rodriguez, who actually once did marketing for one of the major michelada mix companies in LA, created Dabchelada.

When you buy a Dabchelada, you receive an empty Styrofoam cup wrapped in a brightly colored Dabchelada sticker, with the top dipped in medicated chili salt mix and covered in plastic. The instructions are simply placed on the front of the sticker “Just add your favorite beer or juice!” I decided to add a Tecate in light of it being a michelada. It was pretty delicious! Dabchelada is made using 200mg of indica dominant “real shatter” that you do not taste, but you can definitely feel it!

They are potent and effective. I felt euphoric and happy after drinking it. Dabcheladas definitely add a kick to an otherwise boring beer or juice! You can use lemonade or different juices as well. Man, Dabchelada y’all know how to do it! Well done, this stuff is delicious!