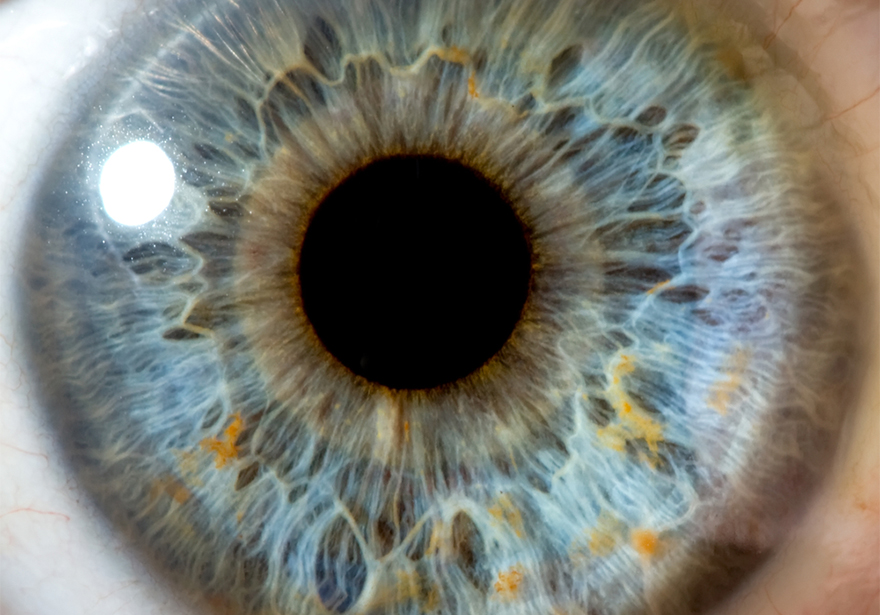 The optic nerve carries signals from the eye to the brain, resulting in vision. Glaucoma can lead to damage of the optic nerve, and untreated, long-standing glaucoma can lead to blindness. In many cases, this damage is caused by an increase in pressure within the eye (intra-ocular pressure), resulting from abnormalities with the amount of fluid in the front portion of the eye, called “aqueous humor“, which is produced by a part of the eye called the ciliary body.

What Are The Types of Glaucoma?

There are two types of glaucoma, which each lead to different symptoms:

Eye pain
Nausea and vomiting (accompanying the severe eye pain)
Sudden onset of visual disturbance, often in low light
Blurred vision
Halos around lights
Reddening of the eye
Since many people show no signs of glaucoma until damage has already resulted, it is important to regularly attend appointments with an eye care professional in order to be properly screened.

In 1980, the same researchers, assisted by other colleagues, published an article in Ophthalmology reviewing the results of their 1979 study and noted that the lowering of blood pressure that led to decreased intra-ocular pressure [in the eyes] occurred within 60 to 90 minutes of inhalation. They also note that since cannabis inhalation led to side effects of increased heart rate, “feelings of having [a] rapid, fluttering, or pounding heart” (palpitations), and psychoactivity (i.e. the changes in perception, thought, feelings, etc. that is frequently associated with cannabis use), and excessively decreased blood pressure which can lead to such feelings as being lightheaded, the ability to recommend inhaled cannabis for patients may be limited.

Additionally, given that the decrease in blood pressure caused by whole-plant cannabis use/THC may lead to a harmful reduction in blood flow to an already potentially damaged optic nerve (which could further damage the nerve), (1) development of cannabinoid therapies applied directly to the eye, rather than administered systemically (i.e. to the entire body, as with inhalation and ingestion), and (2) testing cannabinoids other than THC, may be more appropriate.

In a 1981 study, the same researchers, again assisted by additional colleagues, found that use of 0.1% THC in light mineral oil, administered directly to the eyes (i.e. topically) of human participants with high blood pressure, resulted in decreased systolic blood pressure (pressure in vessels felt immediately when the heart contracts/pumps) which also may lead to decreased intra-ocular pressure. One of the authors noted in a guest editorial published in Journal of the National Medical Association in 1982 that in both animal and human studies, the maximum intensity of effect on intra-ocular pressure for topical administration of THC occurs at approximately 6 hours post-administration and lasts for 8-12 hours.

In 2000, an animal study published in Graefe’s Archive for Clinical and Experimental Ophthalmology found that topical administration of HU-211 (a synthetic, non-psychoactive cannabinoid derivative, or varied/altered form, that blocks NMDA receptors, instead of stimulating cannabinoid receptors) to one eye of rabbits was able to decrease intra-ocular pressure. Effects began within 1.5 hours of administration and lasted for more than 6 hours. Additionally, IOP was decreased in the eye to which HU-211 had not been administered, although the effect was small and lasted for only 4 hours. Although no information on potential side effects was noted, this study shows that use of synthetic cannabinoids may be useful in treating glaucoma without the potentially inconvenient or harmful side effects of psychoactive whole-plant cannabis use.

Potential Control of Other Symptoms

Not all patients with glaucoma will experience decreases in pain, nausea, or vomiting with cannabis use, and standard therapies recommended by a healthcare professional are the recommended first-line treatment. Additionally, the symptoms noted above are the direct result of increased pressure in the eye which can cause damage to the optic nerve. Therefore, reduction of intra-ocular pressure, rather than mere symptom control, is imperative. However, if you are not experiencing improvement in symptoms with standard therapy, or if standard therapies are causing negative side effects that you are finding it difficult to manage, these potential benefits of cannabis use can be discussed with your provider.

Cannabis use may temporarily relieve intra-ocular pressure, but it does not cure glaucoma. Although cannabis use has been shown to decrease IOP and has a favorable safety profile in general, its use is limited by:

the fact that it only works for a few hours before another administration is needed, which is important because psychoactive effects may decrease the ability to perform certain duties necessary in daily life, such as driving, and
certain side effects that impact the heart and must be carefully considered or avoided in patients with heart issues.

Additionally, other therapies for glaucoma may be more or equally effective and have fewer side effects than whole-plant cannabis use, due partially to their direct application to the eye (rather than systemically) and a subsequent reduced potential for negative or inconvenient side effects.

However, for patients experiencing certain negative side effects from standard therapies, whole-plant cannabis use may be an alternative option for managing high intra-ocular pressure and potentially certain symptoms, as well. Due to the potential for whole-plant cannabis use to decrease blood pressure and therefore blood supply to the optic nerve (potentially resulting in damage), as well as its potential to cause other negative side effects (especially for patients with heart issues), use should be carefully considered with and monitored by a healthcare professional. Increasing research on the use of cannabinoids in topical treatments may one day lead to new therapies for reducing intra-ocular pressure in patients with glaucoma.