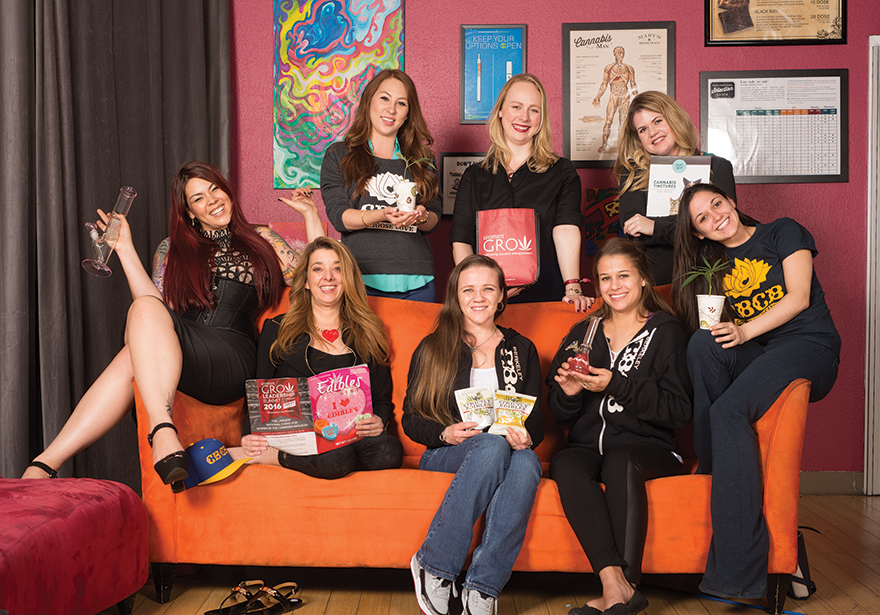 When we first decided to do an issue dedicated to women, I never realized what I would come to learn about this industry. Currently, the perception is that the marijuana industry is male dominated; however, after getting to know the women behind our business, I found that is simply not the case. Cannabis is one of those rare things that does not discriminate and is all inclusive. More and more women are flocking to our industry and I am so thrilled to see how many strong, driven and truly noteworthy females have found their way into the world of cannabis. I for one, would never in a million years have thought that I would end up here. The overwhelming consensus of the women we featured, is that: we did not choose cannabis, cannabis chose us.

I also did not think that women would feel as though it is an asset to be a female in weed versus other industries, and very few women reported actually having negative experiences in this industry. I wish I could say the same. One of the first cannabis events attended, after leaving the fashion industry, was CannaCon in Seattle. I was unpleasantly catcalled on the showfloor in front of other vendors by a man who was a bit miffed because I would not give him my number. Now, a year later it is rare to see that behavior. Thankfully, the industry has grow up in a year.

In honor of Women’s History Month and We Love Cannabis Year (Okay, I made that up , guilty!) Edibles List Magazine would like to present these Remarkable Women in Cannabis. Though it is no surprise that women have such an affinity to marijuana seeing as the plant itself that produces the flower in which we smoke, vape, eat, etc. is in fact a female. There are many more amazing ladies in the weed world, but we could not list them all. Here are a few that we are sincerely inspired to know. I cannot wait to see who makes the list next year
and remember ladies in the wise words of Beyonce, ‘We have to step up and take the lead!’

Kymber is the Director of Sales and a Staff Editor for Edibles Magazine. Pre-cannabis she was an International account executive for a high end dress company as well as the licensing coordinator for a premium denim company. Kymber came into the cannabis industry just over a year ago and she won’t be leaving any time soon. Though her motives for entering this industry were financial promise, it only took one patient story to change it all for her. Now, she works to further cannabis awareness and hemp education through building strategic partnerships in the cannabis industry.