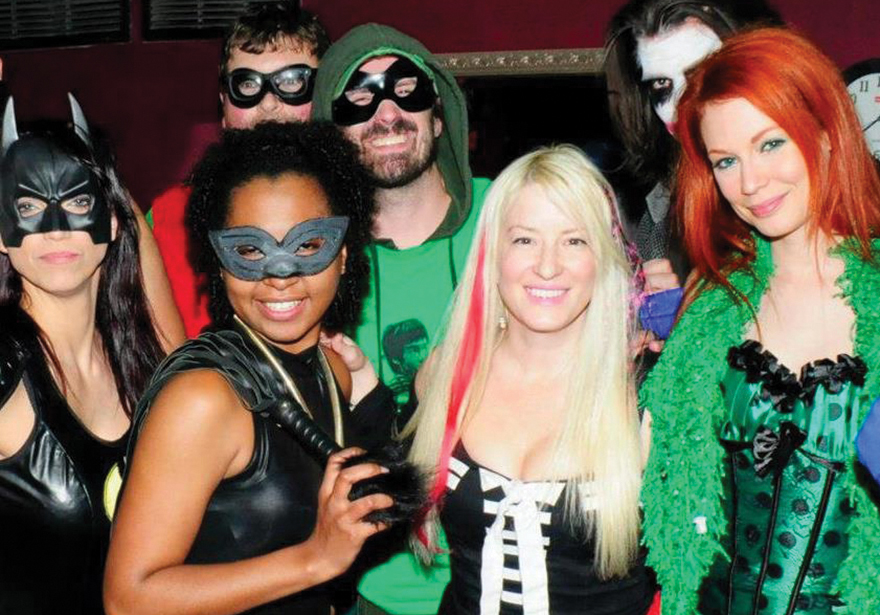 In 1997, a companion theater to the iO Chicago, originally called “Improv Olympic West” opened in Los Angeles. In 2001, The International Olympic Committee legally threatened the theater over its use of the name so it was officially changed to the abbreviated “iO West.”

On February 13th, 2018, iO Chicago Co-Founder Charna Halpern announced via twitter that the theater would be closing on February 24th, and sadly it did just that. The history of cannabis use in the Hollywood comedy scene is legendary and it flourished at iO West like nowhere else.

I took long form improv classes at iO West from 2007 to 2008. In 2009 I was cast on a house improv team, a mainstage sketch show and started working there as one of the technical directors. I also started doing stand up comedy at iO West and began creating my own shows including: Hammerpsace, ComicBook Live and Glory Stories. It was Halloween night 2008 the 1st time I ever got high there and it transformed my relationship to the space. I was with Dr. God’s Sean Cowhig, Cagematch host Joscar Joe Herrera and the dearly departed Bryan Burgess. Sean showed me how best to get high in the lighting booth and I passed the knowledge on to Ken Breese.

Often the sessions were referred to as “safety meetings,” especially amongst the interns and staff. I smoked weed there with the late great pro wrestler Rowdy Roddy Piper as well as Oscar winner Jordan Peele. It’s where and how I met most of my friends in LA including the Night Cap’s Stacy Rumaker and Black Spider-Man’s Derek Reid. We medicated before, during and after shows. We smoked in the office, the green room and on every stage. During Festival Week we kept special edibles in the refrigerator and if an office manager happened to accidentally throw them away someone fished them out of the trash at midnight. We even got stoned with celebrities who are famous for being clean and sober so I won’t mention them here.

So, “Yes, And” Improv comedy will continue in Los Angeles and it will always go great with good cannabis. Some amazingly generous theatres have taken in the orphaned shows and students of Hollywood, so please do what you can to support The Westside Comedy Theater, The PACK and Second City Hollywood.