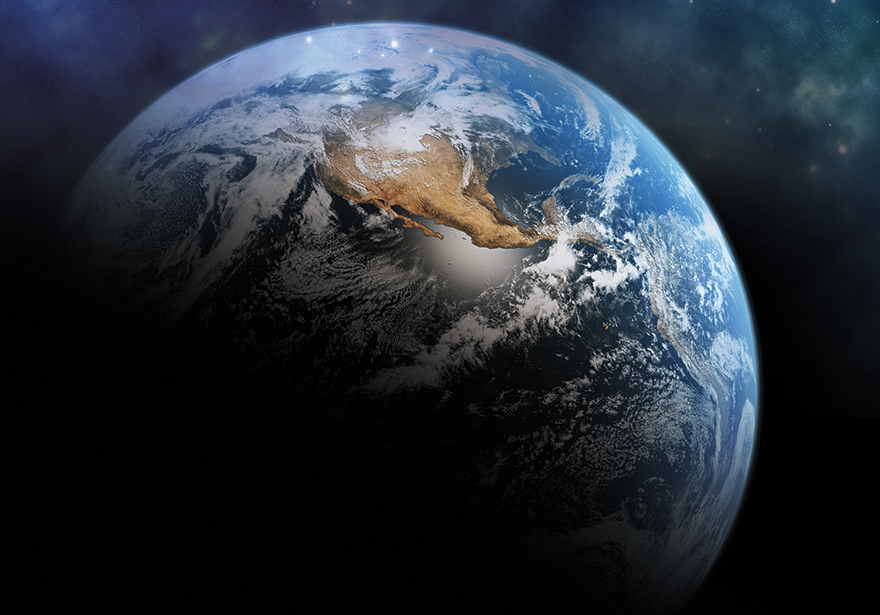 Before Starting I would like to say thank you to all your readers Time and interest and Edibles List for such a deliciously done publication.
~D
Dale J. Chamberlain

ELM: Hello Professor. Just so our readers know who we’re talking to – Please tell us a little about your background. Your education and work experience.

DJC: I was born and raised in Colorado – grew up at the base of the Rockies climbing around Red Rocks Park and Amphitheatre for fun. Huge stoner gathering place back in the 70’s and 80’s and a great place to sneak into a concert back then! Had the pleasure of attending the two Major Universities here, Colorado State University and the University of Colorado, Boulder, as well as working with Florida State University and NASA’s Space Life Science Training Program. My studies concentrated on agricultural life support systems for long duration space missions. I ended up working with NASA on plant growth chambers that flew on the Space Shuttle numerous times. Later I was the CEO of a Biotech company that worked with large display aquariums including Denver’s public aquarium “Colorado’s Ocean Journey”. My work experience also comprises eight years owning and operating a fine dining, full service, bar and restaurant that supported research on growing sustainable local greenhouse produce for that restaurant. This entire time I was involved with perfecting Cannabis grow rooms for myself, my friends and colleagues. After a brief stint working high-level pharmaceutical production, I was ironically let go because I refused to submit to drug testing. This turn of events drove me to become the founder of the now legendary High Altitude School of Hydroponics (H*A*S*H). Culminating in my ground breaking cultivation guide. I am now working on extraction research techniques and writing more books on the subject of Cannabis.

ELM:. Truly fascinating! Okay – Let’s get right to it, and then we’ll get into the details. Is it currently possible to grow cannabis in outer space?

ELM: Interesting. So then, what conditions, equipment, technology, and resources would be necessary for cultivating on Mars?

DJC: The infrastructure required will be substantial. Issues ranging from shielding cosmic radiation (underground structures most likely) to maintaining atmospheric conditions, nutrient availability and lighting technology have yet to be fully understood and/or sufficiently addressed.

ELM: Okay. And what would be different if you were to grow onboard the International Space Station or the Space Shuttle?

DJC: Limited compartment space is the biggest issue, as well as, safety and power requirements on any orbital vehicle. Microgravity is also a huge issue considering engineering technology and the biological response to there being neither ‘up’ nor ‘down’.

ELM:. Would any of these techniques work for growing on the surface of an asteroid?

DJC:. Absolutely, however, artificial gravity using rotation will be a requirement for long-duration low-gravity human missions. Crops would be part of the rotating human habitat providing not only food, water and oxygen, but importantly, a sense of psychological well being. One of our best futurists, Isaac Arthur, has an excellent You Tube channel that I think nicely outlines these asteroid colony ideas.

ELM: How is a high altitude hydroponic growing system different than normal, and what are the applications of such a system on Earth?

DJC: There is no substantial difference than any controlled environmental grow rooms. Indicas, with their more broad leaves, do seem to fare better at lower pressure and higher altitude. Media is by far the biggest issue in relation to handling and disposal. To eliminate this factor is what true hydroponics is all about. Dr. Gericke’s work on hydroponics from the 1940s is still the most important advancement in this area and required reading for all my students.

DJC: Yes. Eliminating the factors working against an organism increases its production (Liebig’s Law of the Minimum). In this case reduced gravity stress should increase Cannabis oil production and should make for some huge buds with tiny little stems inside.

ELM: Has NASA, to your knowledge, made plans or preparation to cultivate medicinal or recreational Cannabis, or industrial hemp as any part of our space exploration program?

DJC: No. NASA, disappointingly, has no planned manned missions for space exploration beyond low-earth orbit. Everything for deep space human presence is farmed out to private corporations or other countries. Designingly, the Federal government can’t even figure out how best to spell Cannabis. Moreover, there is a “Nixonesque” concern about Cannabis and even a rather legitimate political fear of inadvertently forming an independent space colony that later won’t want to pay their “Tea Tax” (sound familiar?). China, Russia, and ESA are ahead of the USA on manned space exploration plans as well as state sponsored Cannabis research. Keeping in mind, of course, companies such as Boeing, Blue Origin, Space X and other private companies are in the game – the new space race is on!

ELM: What were your thoughts on the Matt Damon movie “The Martian”? Did the filmmakers use actual working scientific farming techniques in the story, and do you believe it would have worked like it did in the film? If so, how could those same techniques be applied to outer space marijuana cultivation?

DJC: Cringe alert. 1st, why are we always rescuing Matt? We seem to have to rescue him every single movie. Contrary to popular belief, no – the farming techniques would not have worked. The reasons are on so many levels, but hey, that’s Hollywood.

Realistically, we have a really bad record on landing on that ol’ Red Devil of a planet. Out of all missions to Mars, we have about a 50% success rate (and that is being generous with only robotic probes). The soil is most likely toxic when exposed to Oxygen and poop needs better processing before it can be used as a fertilizer. Eating nothing but potatoes for over a year would have serious physiological and psychological consequences. That is just scratching the surface of the ‘movie sins’ on this one.

As far as fertilizing your Cannabis with poop, it just highlights the importance of a ‘final flush’ before you harvest! (Pun intended, if you don’t get it, the answer is in my book)

ELM: Organic Red Leaf Lettuce was recently grown onboard the ISS. How far are we from having fully-self sustainable farming in space and does cannabis have any part in it?

DJC: “Fully self-sustaining” will be a challenge. Issues regarding vitamin deficiencies as well as availability of raw materials on whatever surface is nearby are of critical importance. Furthermore, unless we plan on having a vegan colony; tissue culture, animal husbandry and aquaculture in space need to be developed
as well.

ELM:. Do you prefer STAR WARS or STAR TREK? Please tell us why?

DJC: Ahh, the old Yoda vs. Spock question. When it comes to Science Fiction / Double Feature I’ll have to go with – The Rocky Horror Picture Show. Spock’s great-granddad comes to Earth for his seven year hormonal rave and parties with Yoda’s great-granddaughter (I think). It’s all the same storyline, just separated by a Time Warp. Epically, a true Space Opera!

ELM: Haha – indeed it is! That’s a great answer, and one I’ve never heard before. Nice to know what real scientists think about sci-fi fantasy. How did you get involved and interested in this type of work?

DJC: As a Pisces, fish tanks always were part of my life. The lighting systems on aquariums can be used to grow plants. I started growing Cannabis seedlings in a dresser and it worked rather well until my mother noticed light shining out from my drawer and discovered (to her horror) my stash. Keep in mind this was in the latter part of the last century and attitudes toward pot were rather barbaric. From that time on, small secret grows were the rule and who better to learn how to grow in small, controlled boxes than NASA?

ELM: What is the name of your book, and where can our readers find it?

ELM: Awesome. Do you believe in extraterrestrial life? Do you believe we’ll ever make contact, and if so, do you think there is any chance in the galaxy that they get high?

DJC: Yes, yes and yes. If you can concede extra-dimensional as extra-terrestrial.

ELM: Oh man for sure, and I wish we had time to get into The Mandela Effect, CERN, Sinbad, and Shazaam. Maybe next time? Now – If someone wants to go this route for a career path, what should they do? Where’s the best place to get started and do you recommend it?

DJC: Tune out, turn off, and drop in. Take advantage of the university level libraries and research journals – no one will stop you from visiting a campus and reading what is on file. There is so much that has already been accomplished, no need to reinvent the wheel. Beware of the agenda driven liars who do not want human space exploration. Don’t dream it, be it.

ELM: Sweet – Another Rocky Horror reference! Tell us – With the ever expanding world of cannabis, it truly seems like the sky is no longer the limit. Where do you see cultivation technology going in the next 25 years?

DJC: Genetically Modified Organisms created by multinational corporations, unfortunately, is the standard model for agriculture at the moment. A rich blessing in disguise was given by the underground nature of Cannabis. Individuals, not huge corporations control the seed stock. As long as growers are given the ability and right to maintain their own genetic stock, monoculture fears will never come to pass. However, a standard of non-GMO must be outlined in the coming years to protect individuals and growers alike. Pollen can travel for miles, Cannabis breeds could face similar issues as the corn industry today.

Individuals and large grows alike both know labor can be overwhelming. Elimination of media grows. Soil, rocks, wool, fiber – all have intense labor, pest and disposal issues. To be most efficient, the techniques outlined in my book Aromatic Cannabis Cultivation provide a great roadmap to the future of cultivation technology. Remember- there’s no smoking in space, so edibles are where it’s at, and where it’s going!

ELM: Wonderful to hear! Wow Professor – Thanks so much for speaking to us about this. You’ve truly blown my mind and it’s been an honor to talk to such a wise and cool person about such a fantastic topic. I’m sure our readers will enjoy everything we’ve learned!

DJC: It has been a pleasure thinking about these questions and I hope all my answers give everyone confidence to grow their own, either here on earth or on the frontiers yet to be explored….
Until Next Time,
~D
Dale J. Chamberlain

Check out Dale’s Book on Amazon: