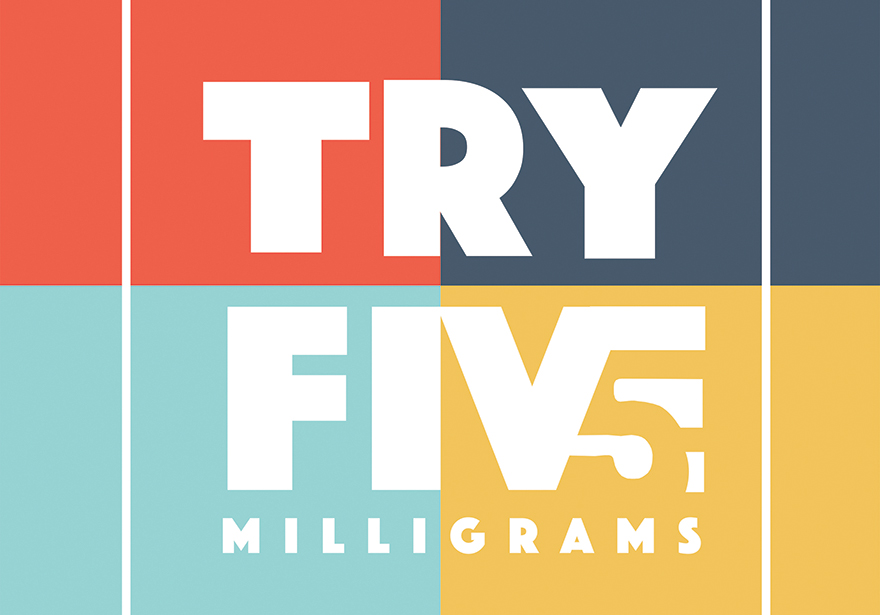 As Oregon became the third state in the nation to legalize recreational cannabis for adults 21 and over, concern began to grow amongst members of the community of the potential safety and public health risks associated with edibles. While the legislative and regulatory process began in early 2015, misinformation and over sensationalized media articles were misdirecting the public. There emerged those amongst the Oregon cannabis industry who wanted to help change this public misconception and help educate the public on how to consume edibles in a safe and responsible way.

One of these people, was David McNicoll, owner of cannabis-infused cupcake company, Dave’s Space Cakes, he became involved in state politics and helped educate legislators about edible-cannabis products. Having realized the benefits of edible cannabis over the past 9 years as a member of the Oregon Medical Marijuana Program, McNicoll made it his mission to further his educational efforts and better inform the public about the advantages of consuming edible cannabis, by explaining what edibles are, and how to properly understand dosage for people new to ingesting edible cannabinoid products.

The end result was the formation of OREC, the Oregon Responsible Edibles Council. Starting from the ground up, McNicoll reached out to other Oregon edible-makers on the grassroots level, and gathered support from within the industry, eventually growing OREC into a non-profit trade association consisting of over 20 member businesses of Oregon’s edible cannabis industry. McNicoll, Chair of OREC, formed the group to also help bring Oregon small businesses together. “The legalization process presents a tremendous opportunity for small Oregonian edible companies”, said McNicoll. “We want Oregon businesses to band together so we can help establish a strong local-based edible market and help each others businesses succeed.”

The members of OREC believe the best way to inform the public and hopefully dispel any misinformation about edible marijuana is through education. The first educational campaign created by the group, “Try 5”, encourages first-time users of edible products to begin with no more than 5mg of THC. OREC’s campaign hopes to reduce cases of accidental over-ingestion; and will launch in Oregon in conjunction with the expansion of the Limited Marijuana Retail Product definition to include edibles from Senate Bill 1511-16, projected to go into effect sometime in the spring of 2016. The mission of the “Try 5” campaign is to teach consumers how to consume edibles cautiously when ingesting them for the first time and begin the conversation about the importance of proper dosage. The campaign launch will involve posters and printed handout cards which will be given to state-licensed dispensaries as collateral items for their customers.

Stephanie Calderon, Edible Buyer for TJ’s Organic Provisions, a dispensary and OREC member-business in Eugene, OR, is excited to display the “Try 5” poster. “OREC is a valuable resource to train budtenders and dispensary staff when it comes to edible education for the public”, said Calderon. “Education is the key to helping your customer understand that starting low will allow for a more positive first time edible experience.”

Keep an eye out for future public education campaigns from OREC concerning parental education, tips for proper at-home storage that will help keep products out of the hands of children and a fact-based & effective youth prevention program. OREC is an advocate for child resistant containers and packaging requirements that will help prevent accidental exposure of edible marijuana and hopefully dispel any fear of child consumption.

For more information or to donate directly to the OREC Public Education Fund, please visit www.orediblescouncil.com or email orediblescouncil@gmail.com