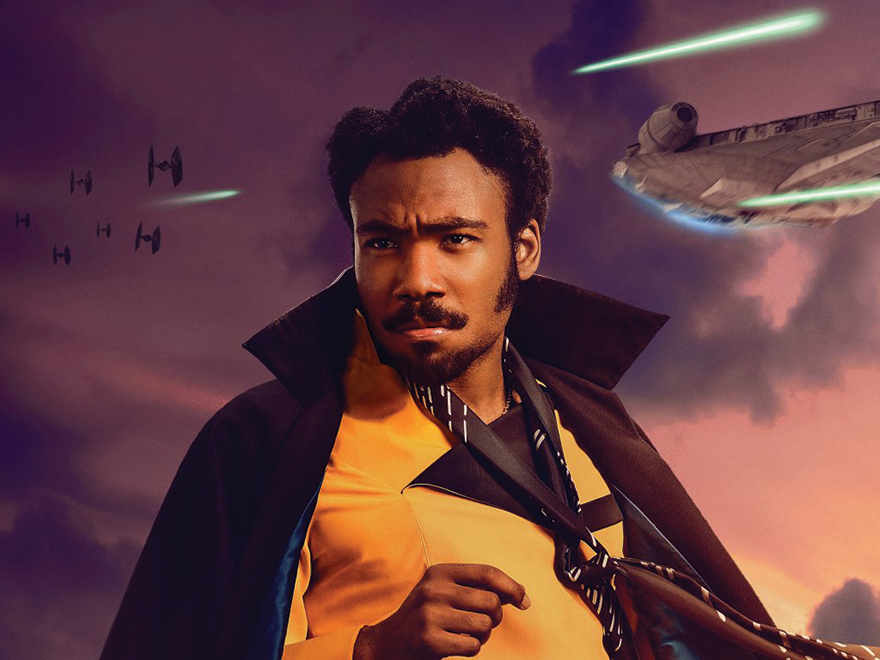 I think Ron Howard must have really liked Casino Royale, because his first Star Wars movie is almost identical to that of 007’s origin story. If you you watch Daniel Craig’s first James Bond movie you’ll see a distinct similarity to the theme and pacing of the Solo movie. Gambling, Black best friend and betrayed by the leading lady, etc… Just like Casino Royale, the Solo movie is a well paced homage to all the other great franchise films of the past. I couldn’t resist the temptation and saw Solo under the influence of a sativa dominant hybrid known as Skywalker OG, but I think Solo’s five act pacing would be better served with a strong indica that won’t put you to sleep. I recommend eating a good strong edible right after the train heist.

Personally I like Rogue One and Solo more than the new Disney trilogy movies. Being a stand alone film, these movies can explore character and plot better than a multi-protagonist story dragged through three pictures. With Solo you can get in, meet the characters, have fun and get out. Of course like all movies of the modern era, Solo leaves itself open to sequal with a bit of a twist ending.

One thing that is undeniable is the love put into this movie. There are so many easter eggs, nerds will find new things to reference until the next Star Wars film debuts. With an amazing production design that doesn’t draw attention to itself Ron Howard really captures the feel of a Star Wars story. The cameos are totally what you would expect from a Ron Howard picture. Of course Clint Howard (Ron Howard’s brother) has a role. How many actors can say they were in the original Star Trek and the new Star Wars? It was also great seeing Warwick Davis, especially since Howard first worked with Davis in the classic 1988 movie Willow.

Ron Howard also draws from a lot of other great films to create this hip hop sci-fi mash up. There is a lot of “great” from the Great Train Robbery, but I would have used a little more “Spaghetti” for this Space Western, but at least Han shoots first.

Solo also has a terrific cast of veterans and new faces. This film really returns to George Lucas’s original world view. Don’t trust the British! Solo is another great example of American space cowboy fighting against British Galactic Imperialism. Rounding out the cast is Donald Glover, aka Childish Gambino, as young Lando Calrissian. For his performance I’ll only say this, “Lando’s not a system. He’s a man.”

Solo was a good movie but wasn’t a hit at the box office. That’s what happens when you have a Star Wars movie centered around a white guy. I’m personally waiting for “Rose: A Star Wars story”.

DJ Reid 420 is a Hollywood based writer and comedian. He’s also the creator of Black Spider-Man, the “Web” series at: blackspiderman.net