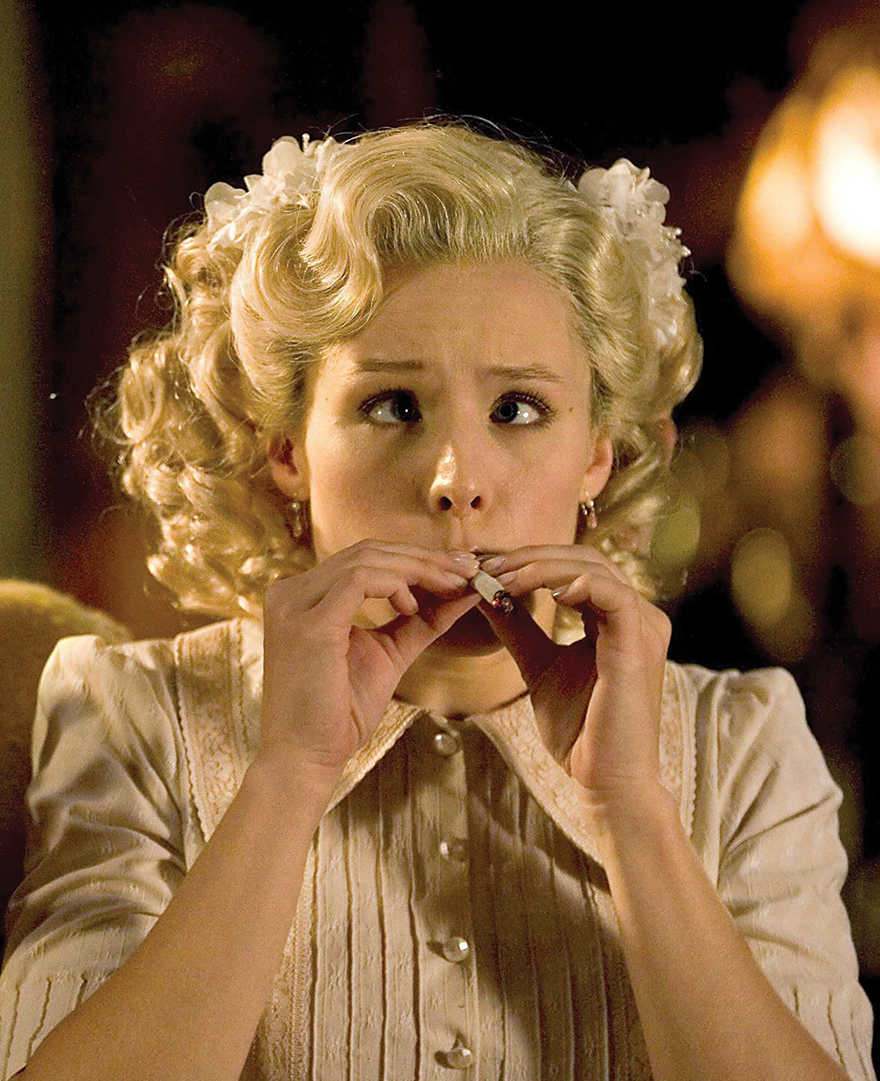 WTF with Marc Maron, a weekly podcast and radio show hosted by stand-up comedian Marc Maron, recently featured actress Kristen Bell as a guest where she spoke openly on the show about her cannabis use and her husband Dax Shepard’s sobriety. “I like my vape pen quite a bit and I smoke around my husband. It doesn’t seem to bother him… Weed rules.” She made it clear that she’s not an all-day wake and baker, mostly because she’s way too busy being a mom to stay high all day. She told Maron, “Once a week, if I am exhausted and we are about to sit down and watch ’60 Minutes,’ why not?”

Kristen Bell is best known for playing teenage television detective Veronica Mars as well as Princess Anna of Arendelle in the animated movie “Frozen”. She earned some solid stoner street cred when she starred as Mary Lane in “Reefer Madness: The Movie Musical”, the 2005 made-for-television musical comedy film adaptation of the musical of the same name, itself based on the 1936 exploitation film also of the same title.

When asked if there was a problem getting high in front of a partner who feels unable to indulge, she stated, “He doesn’t have a problem with anyone else partaking in anything, provided within reason, that they’re not acting like a complete schmuck”. Her husband Shepard recently celebrated 14 years of being sober. Back before he married Bell, Dax had said that he “loved to get fucked up — drinking, cocaine, opiates, marijuana, diet pills, pain pills, everything.” Far more serious and damaging drug use than his wife’s occasional use of cannabis. Bell went on to say, “He lost his privilege with them because he can’t handle it… His brain doesn’t have the chemistry to handle it.”

Some Twitter users seemed to have a major problem with Bell admitting she uses cannabis at home, with her children in the house and in front of a spouse who has been in recovery for 14 years, calling her “inconsiderate”. One tweeter wrote: “Give up the weed for your kids sake.”, while another tweeted, “Oh man I love her so much but drugs, really?”. It’s actually much more toned down behavior than her character in the “Bad Moms” movie series, where she openly gets crazy wild drunk with her friends at the mall on a school night. It feels like people expect “moms” to relax with red wine and prescription pills but not cannabis and that seems very unfair. The stigma attached to cannabis has been hanging over our heads for far too long. If Kristen Bell, who is a relatively family friendly and mainstream tv and movie star wants to hit a vape pen once a week while watching 60 Minutes, the world really should support her, or at the very least leave her alone. She’s a popular Disney Princess and role model who also holds her own in raunchy comedies alongside guys like Jonah Hill and Jason Segel and still comes across as a very cool person and a great parent to two daughters. She’s even currently starring in the award winning show, “The Good Place” alongside Ted Danson. If Kristen’s husband Dax Shepard supports her cannabis use after he’s had 14 years of sober living, who is anyone else to judge? You’re right Kristen, weed does rule indeed!

Check out her appearance on WTF: http://www.wtfpod.com/podcast/episode-951-kristen-bell.