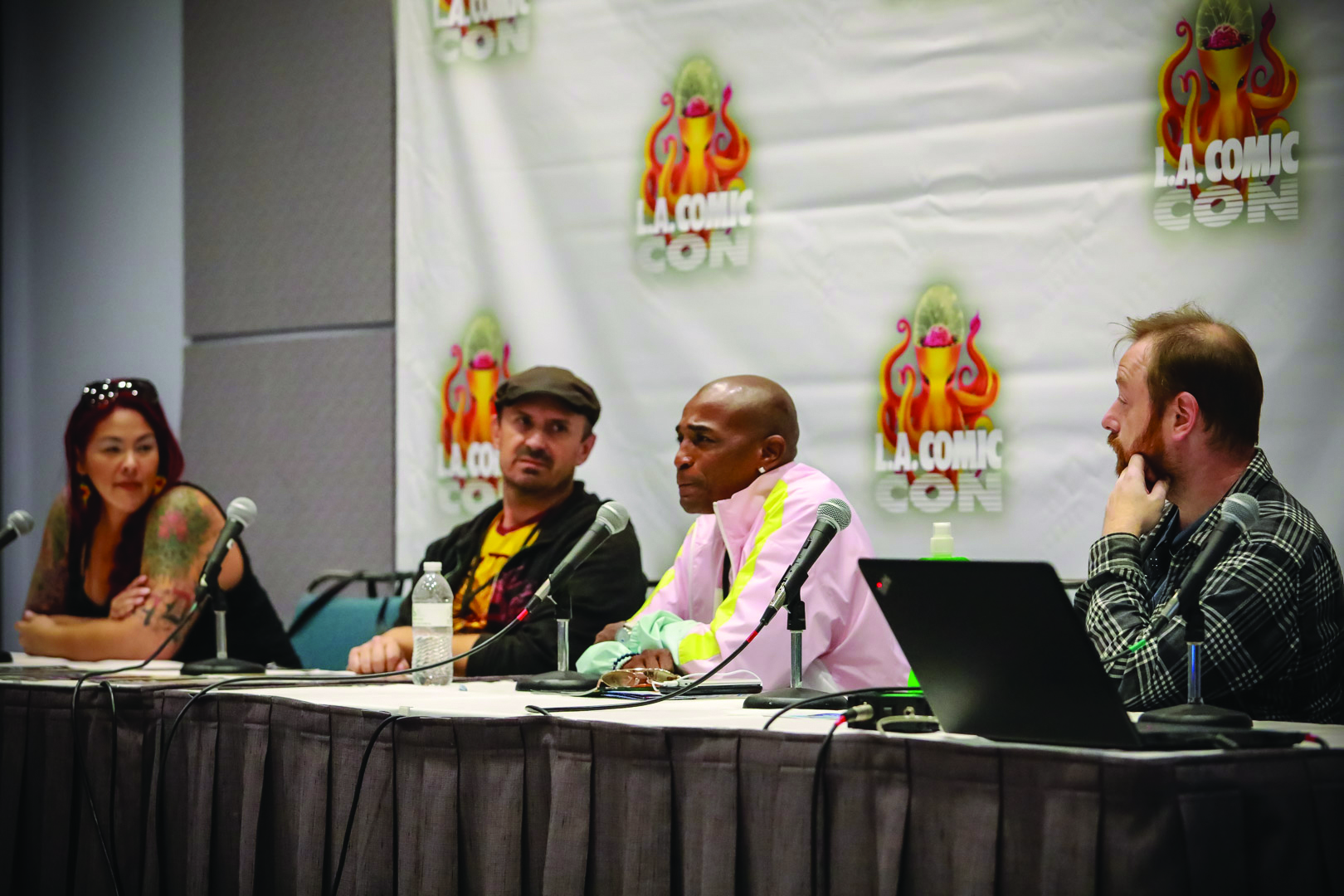 This was the third year in a row that the Edibles Magazine team had a booth and did a panel at The Los Angeles Comic Book Convention. This year we were once again selling rolling trays, silicone and glass pipes and bongs, cannabis themed baseball hats and it was better than ever. We had a full staff this year so doing our special Cannabis panel was easier than in years past. Returning panel guests from last year included rapper Ta Smallz and artist Richard Bell, and we welcomed first time guest Brett Carreras to The Edibles Magazine panel. Brett is the creator of The Virginia Comic Con and is one of the nation’s leading experts on comic books and collecting so it was great having him there. It was also great having Edibles Magazine creator B. Le Grand back on the panel this year. We discussed a lot of “cannabis in pop culture” topics and eventually realized there are no hip-hop songs about CBD.

There are more people who attend our panel every year so it’s nice to be experiencing exponential growth that way. LACC is one of the biggest events we attend with over 100,000 guests coming every year, so it’s extra cool being the only cannabis company there. This year we brought Speed Weed with us so if people really wanted to order cannabis or infused products they could go through their service and pick them up right off site. We even had some special LA Comic Con promotions that featured products by The Mystery Baking Company and BudEase Vape Cartridges and THC tinctures. It was a pretty special service to be offering.

We’re already getting excited about next year and hopefully we can find some other comic cons to set up our booth at between now and then. Watching all of the mind-blowing costumes is the highlight every time. You never know what character might walk by next, might be Batman or it might be Mario, but regardless of who they are, there’s a strong chance they might want to buy a Deadpool bong or a Family Guy rolling tray and that’s why we go back and have so much fun every year.

Hopefully we’ll see you there some day.