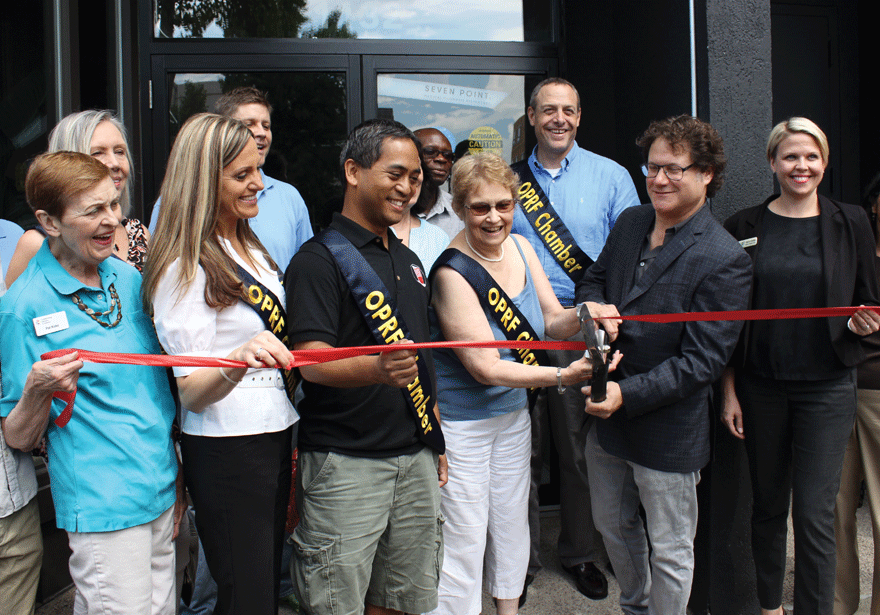 On the west side of Chicago, the village of Oak Park welcomed its very first cannabis dispensary, Seven Point, with the cut of a ribbon on the morning of August 19th. Seven Point’s founder and CEO, Brad Zerman, worked for two years by investing around $1 million in the dispensary construction, as well as legal fees, start up costs, and licensing. Zerman has expressed pride for his efforts and is excited to serve the community as he has received much support for his endeavor.

“We have so many seniors that come by, whether they qualify or not, who want to help their relatives,” Zerman said. “We have chamber representatives here and even representatives from Berwyn. I think the community is a liberal one, and they’ve all been welcoming us with open arms.”

The Executive Director of the Oak Park-River Forest Chamber of Commerce explains that Mr. Zerman and the staff of Seven Point have been strong supporters of Oak Park’s health initiatives and is thrilled that the entire scope of medical services will be represented in town. The Oak Park Deputy Police Chief also wishes their success after evaluating and approving Seven Point’s security plans and procedures.

On August 26, Seven Points will officially welcome visitors who carry an official medical marijuana registry card. The dispensary is expected to carry over 50 strains of cannabis in the form of pills, oils, waxes, concentrates, edibles and tinctures.