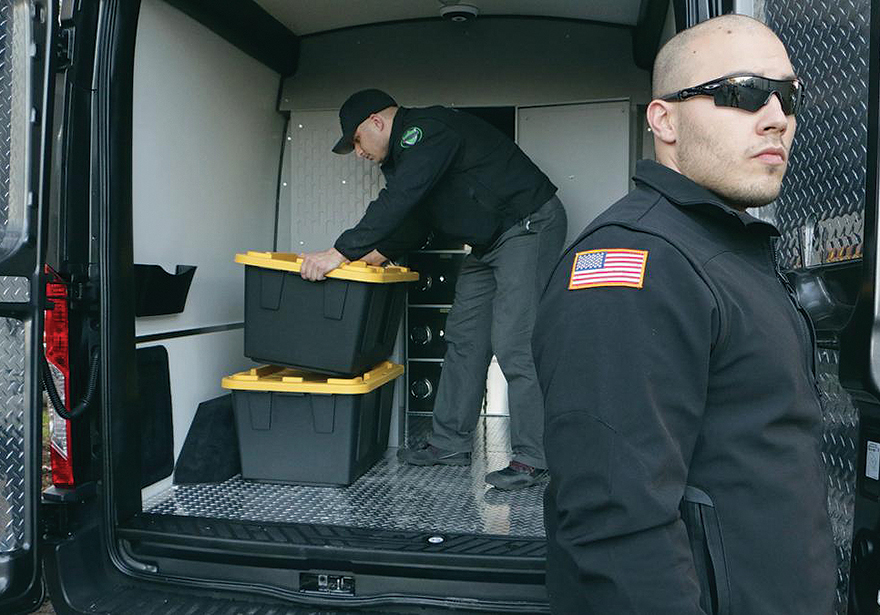 I look forward to the day that you can actually report a cannabis crime, and it looks like that day is coming soon. Up until now, it was extremely difficult to report cannabis crimes. If a dispensary or grow was robbed, was it really an option to call the cops? Not exactly. Over the last few years I’ve seen everything happen in the industry from embezzlement via wire fraud, to petty theft attempted robberies of dispensaries, to large organized heists robbing grows with automatic weapons. My favorite story is when I was budtending on the West Side of Los Angeles, a guy came in, acted like he was going to sniff the mason jar of buds, proceeds to open his mouth like he’s drinking the buds, fits about an eighth in his mouth and walks out the door. It was clever and there was no stopping him, even with an armed guard on duty, the managers didn’t want the weed back after he did that, and the culprit knew that going in.

More and more we see people’s intention turn from pure to corrupt because they get greedy. Almost every single cannabis related crime that has occured in our industry happened because it was an inside job, whether it was someone who has too much access or too much knowledge.

Cannabis security used to be an optional measure, now it’s mandated by regulation. Nune Gipson from OmniSentry Security says, “Cannabis and security are now synonymous. Security for cannabis is an essential everyday occurrence. Cannabis security differs from regular security because there is a new dynamic where possible issues and concerns occur that are only attributed to cannabis. In comparing cannabis and alcohol products, cannabis is much more valuable pound for pound. Criminal activity would be a better risk than stealing alcohol. Security has the unique job of protecting cannabis in all its forms. From guarding dispensaries and cultivation sites to keeping kitchens and manufacturers safe, security concerns are much more important.”

When asked about the new regulations Nune commented, “The new laws will affect cannabis security in a positive way. It will require cannabis companies who have never hired private security companies to become compliant with the laws, which is a very good thing. Statistics prove cannabis related crimes often go unreported due the long time underground nature of cannabis. The new laws will bring a much needed light and protection that cannabis has never seen. The new laws require the cannabis industry to become more transparent than ever. Thus, the need for security to safeguard it every step of the way.”

“Security in the Cannabis Industry has changed significantly in many ways throughout the years. Due to Cannabis not having so much exposure and not being formally legalized, everything was done pretty much in hiding. Which also means, owners or growers not hiring private security companies but instead, many growers themselves providing their own security, which was and still is illegal. Being in a cannabis business, as an owner you may not hire your own in-house security. The rules and regulations have become stricter as cannabis has become legal and more publicized within the States. Also, in the early years the industry didn’t see a need for security. As the industry became more profitable and publicized, it became more of a target for criminals,” she said.

Anthony Ruiz from Red Anchor Security says, “I feel the biggest mistake we make is assuming cannabis security is different from other businesses. I would say the business is very similar to securing jewelry, pharmaceuticals, or even a bank. If we look at cannabis as merely a good to be stolen like money or diamonds, how different do we need to adapt? But, if there was one glaring risk, it would be the risk of theft. And until the banking issue is fixed, the need for physical security will be a must.”

While physical security is required for storefronts, retailers, manufacturers and cultivators, there is still the cyber security threats that exist within the cannabis industry. I personally have experienced being stolen from, by people who work for me. Then watched it happen to almost every company around me. It can happen in many ways, but as the banking issue does exist in cannabis not allowing cannabis companies to freely open merchant accounts for credit card processing, we are limited to very minimal digital payment options.

“I feel the direction [of the future of cannabis security] is multi-faceted. As dispensaries become profitable, I can see businesses becoming cyber hostages, with their systems frozen until they pay a certain amount of bitcoin currency,” said Anthony Ruiz from Red Anchor Security.

It is going to become critical that every dispensary, manufacturer and even the state prepare their data systems for cyber threats in addition to physical threats. Until the banking issue is worked out for cannabis, that leaves a large amount of cash laying around all the time creating a physical target threat, and if the system that gets worked out is digital-only we pose an even greater cyber security threat.

The incident of a popular point of sale system in cannabis comes to mind when their servers crashed last year and threw all dispensaries and vendors on their platform into encryption mode, not allowing for the access of any of the stores’ data. They existed on shared servers making them an easy target, top that with a rumor of an inside job, and you have the biggest cyber attack ever orchestrated in cannabis thus far.

The future of cannabis security is going to be a full tactical approach that involves physical security, cyber security, and overall bulletproof standards of practice that inform each employee what the exact protocol is in the event of a security threat, whichever type it may be.