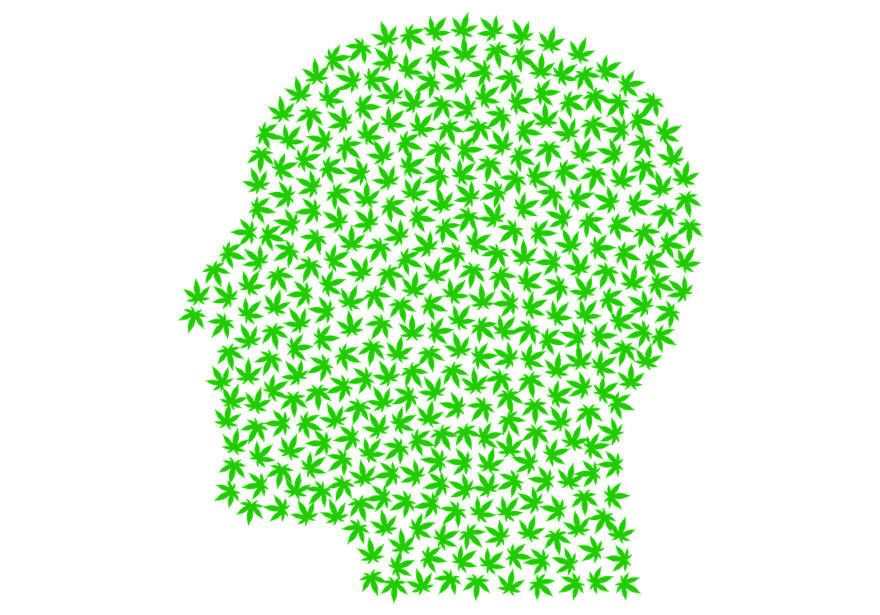 Q. Does cannabis really cause psychosis?

A. First, it’s important to understand what psychosis is, commonly described as a “break from reality.” It generally describes a set of symptoms including odd or bizarre behaviors, beliefs (delusions), or perceptions (hallucinations). Psychotic episodes are a symptom of mental health disorders (i.e. schizophrenia or bipolar disorder), and can also be caused by certain medical conditions (i.e HIV/AIDS, MS, lupus), major stressors or trauma, and misuse of certain substances. When it comes to cannabis there are several moderating factors (i.e THC potency and quantity consumed) and mediating factors (familial mental health history, pre-existing mental health conditions, and age in which consumption began) that can affect the neurological processes. There is still more research to be done on exactly how cannabis affects the brain in the long term, but with any controlled substance, it is best to avoid taking more than you can handle.

Q. Is it something people who are schizophrenic are pre-dispositioned for?

A. Psychosis can be a distinguishable symptom of schizophrenia, as well as other psychotic disorders. In a study done by Tel Aviv University and published in Human Molecular Genetics, it was shown that mice who were predisposed to schizophrenia and then exposed to THC developed symptoms of the disease, while their non-susceptible counterparts showed no psychotic symptoms after being exposed to THC. So when consuming cannabis, those who have a history of mental health issues in their families or already have psychological/neurological issues have an increased risk of exacerbating their symptoms. Other research has found that heavy cannabis use, itself, may lead to what is called “Cannabis-Induced Psychosis” (CIP). Again, it is recommended that individuals take caution when trying cannabis, and should never misuse or abuse it.

Q. How does cannabis affect ADHD?

A.Again, there’s not enough research to determine cannabis’s effects on those diagnosed with ADHD. It is much more difficult to obtain cannabis available in dispensaries or in the streets for any effective clinical research, at least in the US. Most of the evidence available is mainly anecdotal, with many people self-medicating and good number reporting positive effects on their health.

A. Cannabis may have the potential to alleviate eating disorders. Eating disorders such as anorexia and bulimia can be caused by an impairment/imbalance in the brain’s endocannabinoid system. The endocannabinoid system is responsible for mediating appetite, mood, memory, and other psychological/cognitive processes and is the same system that processes the cannabinoids in cannabis. It might be possible to treat these eating disorders with cannabis, due to its commonly known effects of increasing appetite and enjoyment of food consumption

Q. How can cannabis help with dementia or Alzheimer’s patients?

A. There is some promising research that shows that people diagnosed with dementia, such as Alzheimer’s, who show symptoms of aggression or agitation, can treat those symptoms with cannabis. Currently in the UK, clinical trials are studying its specific long term effects, so we’ll have to wait and see for a conclusive answer.