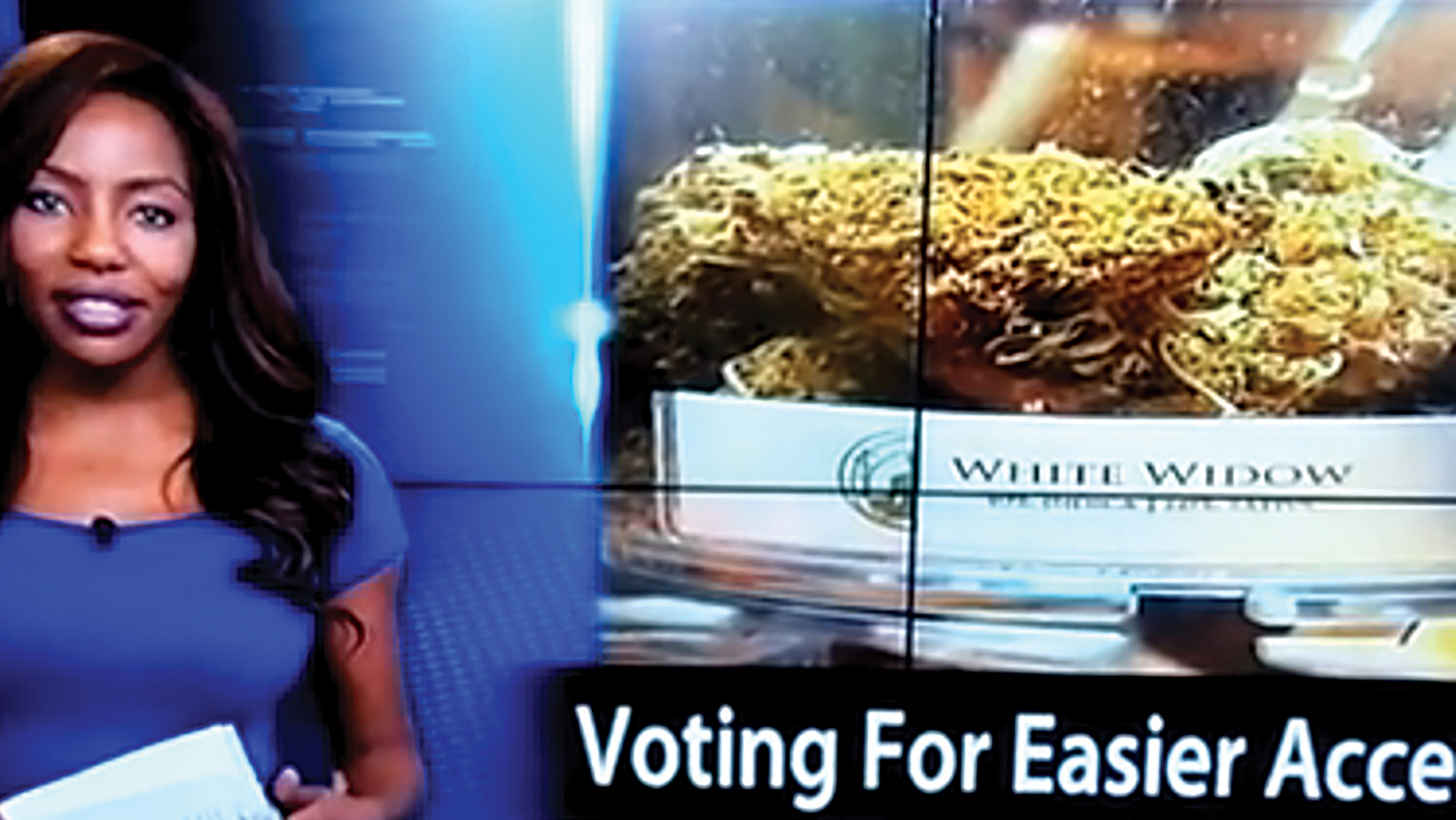 She revealed she was the owner of Alaska Cannabis Club, telling viewers she would be using all of her energy to fight for legalizing marijuana in Alaska.

Greene reported on the Alaska Cannabis Club, initially without revealing her connection to it. At the end of the report, during a live shot, she announce that she was the club’s owner and resigned on air.

“Now everything you’ve heard is why I, the actual owner of the Alaska Cannabis Club, will be dedicating all of my energy toward fighting for freedom and fairness, which begins with legalizing marijuana here in Alaska,” she said. “And as for this job, well, not that I have a choice but, F*** it, I quit.”

She then proceeded to walk off camera.

When reached post newscast, Greene said KTVA had no idea she was going to quit, or that she was connected to the Alaska Cannabis Club.

When commenting on why she quit in such a dramatic way, Greene said, “Because I wanted to draw attention to this issue. And the issue is medical marijuana. Ballot Measure 2 is a way to make medical marijuana real… most patients didn’t know the state didn’t set up the framework to get patients their medicine.”
“If I offended anyone, I apologize, but I’m not sorry for the choice that I made,” she said.

An opposing group for marijuana legalization stated on its Twitter page, “Big Marijuana. Big Mistake. Vote No on 2 #KTVA reporter covering ballot measure 2 loses her mind, confesses to being an owner of the cannabis club and quits while on the air.”