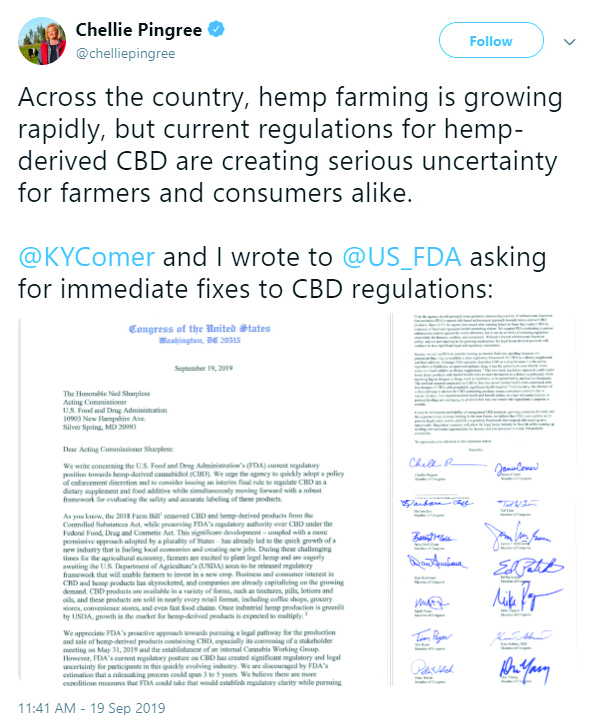 Several members of Congress including Sen. Mitch McConnell (R-Ky), Rep. Chellie Pingree (D-Maine, above) and Rep. Jim Comey (R-Ky), along with 24 other members of Congress wrote a letter to the FDA calling for the agency to issue clarifying “enforcement discretion.”

The letter states, “The medical research conducted on CBD to date has shown limited health risks associated with low dosages of CBD.”

In the letter the pro-hemp group requested the FDA issue interim rules, suggesting approval for a “two-track regulatory approach could enable lower dosed products with limited health risks to enter the market as a dietary supplement, while requiring higher dosages in drugs, such as Epidiolex, to be prescribed by medical professionals.”

This approach would free the immediate marketplace of uncertainty, says the Congressional letter. It’s similar to the McConnell language which could see a full Senate vote before Thanksgiving.