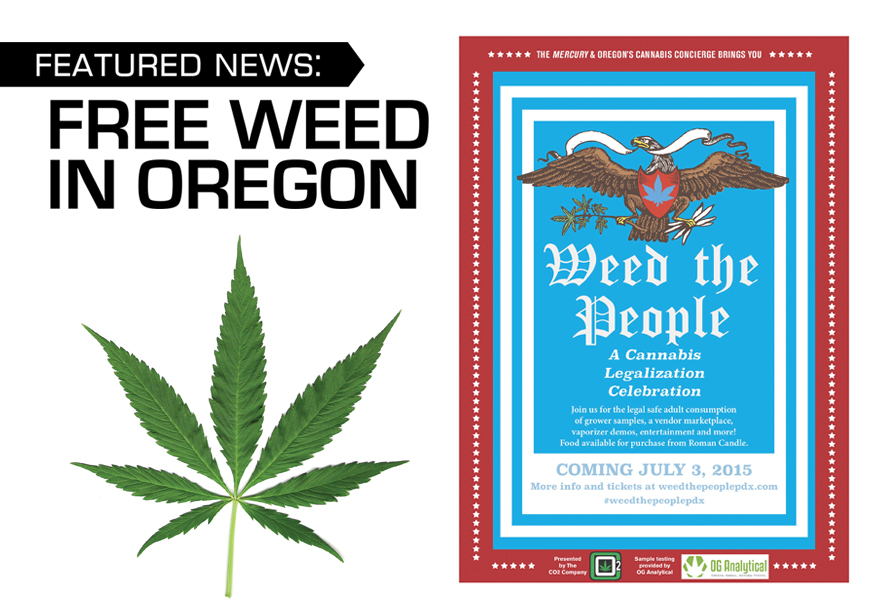 Although Oregon became the third state to legalize recreational marijuana back in November of last year, legislative hurdles have hindered the implementation of the laws. However, the cannabis revolution did experience a small victory on July 1 in Oregon. New laws went into effect that allows cannabis to be given away – not sold. It is only legal to buy marijuana if you have a medical card.

Adults over 21, are now allowed to possess up to one ounce of marijuana while away from their homes and up to six ounces at home; they can also grow up to four plants per residence. Applications for large scale grows and retailers are not being accepted yet and recreational sales are planned to begin late-fall 2016. Marijuana use in cars is not tolerated and nor are you able to transport cannabis over state lines.

Oregonians celebrated by gathering together at the Burnside Bridge to ring in July 1. At midnight, the Portland NORML chapter gave free seeds to 21+ adults with IDs. According to a statement given by the organization, “Portland NORML will educate the public and our partners will give away thousands of seeds and hundreds of pounds of marijuana this year so Washington State and the black market do not benefit from our new marijuana legality.”

Another event called Weed the People was held on July 3, where attendees could receive up to seven grams of free cannabis. It seems as though this is a trend that will continue through 2016. Although, this is an exciting time for marijuana enthusiasts, Oregon still has a long road ahead of them before recreational sales begin.