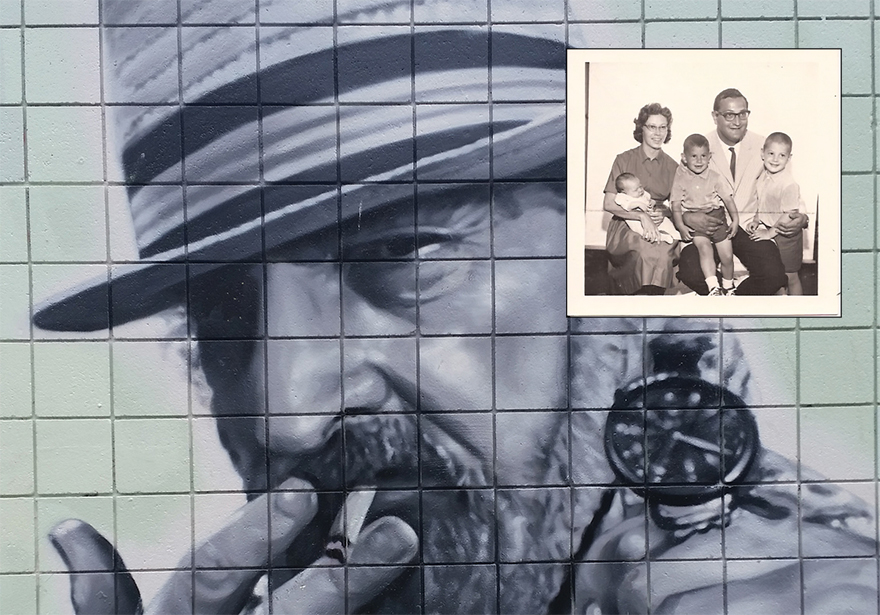 Have you ever wondered how the cannabis industry got to where it is today? Who influenced this revolution? What sacrifices have been made in order to get to this point? It is a disappointing realization that this generation of cannabis enthusiasts has no idea who the founding fathers are of the industry. In fact, arguably the most influential cannabis activist has been relegated to merely a strain of marijuana. The name behind the most awarded strain ever, the Hemperor, and one of the most dedicated hemp activists ever, Jack Herer, deserves to be honored. Each person involved in this movement should not only know who he was, but honor his legacy.

Unlike many in the industry, Jack Herer did not have the stereotypical hippie background. He actually lived a fairly traditional life pre-marijuana. He was born on June 18, 1939 and grew up in Buffalo, NY. His family was a conservative Jewish family that had traditional family values. His father passed away at an early age. Shortly thereafter, he dropped out of high school and enlisted in the army. He ultimately became a translator in the Korean War.

After leaving the military, he went home and began his family in Southern California. By the mid 1960s, he had 3 sons Barry, Dan and Mark. He worked as a neon sign salesman in Southern California. Later, he had 3 more children River, Chanci and BJ. Herer was a conservative Republican and had a great distain for anti-war protestors during Vietnam. Jack was adamantly against marijuana at the time. In fact, believe it or not, he even divorced his first wife over cannabis!

It wasn’t until years later did he try marijuana and instantaneously felt the draw to the plant. In the documentary, Emperor of Hemp, he explained what trying marijuana felt like for the first time, in 1969. “I was feeling sensations that I didn’t even know a human being could experience.”

It was from that day forward Herer’s crusade to legalize hemp and cannabis was underway.
Jack then went on to write his first book G.R.A.S.S. (Great Revolutionary American Standard System: The Official Guide for Assessing the Quality of Marijuana on the 1 to 10 Scale), a cartoon book about marijuana. As the first book gained traction, he became an expert on the subject. He had an insatiable urge to learn and he began to soak up any information he could about the plant. He became fascinated with the history of the plant, even moreso the importance of hemp in our history.

Many people already involved in the marijuana movement at the time, looked at Jack as a “liberal loony” who was straying from the bottom line – keeping smokers out of jail and thought he focused too much on hemp. Eventually, he teamed up with “Captain” Ed Adair who quickly became his trusted confidant and right-hand man. According to Jack, he and Captain Ed had made a pact to work towards legalizing cannabis until the day they died.

In 1979, Jack and Ed created the very first hemp store. It was an outdoor booth at Venice Beach. In no time, Herer became a Venice Beach staple, telling everyone who stopped by (and even those who didn’t) the miracles and many uses of the plant. He was a dynamic, magnetic, and passionate orator who was able to capture the attention of many and never traveled far without a loyal entourage.

It was 1981, when Jack came toe-to-toe with President Ronald Reagan, a notorious anti-marijuana force, at the Federal Building in Los Angeles while Herer was collecting signatures for a California initiative. At the time, Reagan had no idea what all of the “Canadians” were doing protesting. He did not know what a marijuana leaf looked like and mistook it as a maple leaf – oh, the irony.

After 108 days of protesting, Jack and five other protestors were arrested for disobeying an outdated and vague wartime law that stated there were to be no public gatherings on Federal property after dark. His fellow conspirators agreed to pay the $5 fine and received probation, Jack did not. He fought the charges for two years and ultimately lost; he was sentenced to two weeks at Terminal Island, a low-security Federal prison. It was there that The Emperor Wears No Clothes, was born.

In 1985, Jack published The Emperor Wears No Clothes: The Official Hemp Bible, a non-fiction book grounded in historical and scientific fact, but written in simple language. He shed light on all of the not so well-known facts about cannabis and hemp including explaining how cannabis is the most renewable resource on the planet. The book is now in it’s 12th Edition and has sold over 700,000 copies. A $100,000 challenge is offered to anyone who can disprove the book.

Perhaps Jack’s most monumental discovery while researching the book was finding Hemp for Victory, a 14-minute documentary created by the Department of Agriculture, that explains the many uses of hemp and urges farmers to cultivate the plant. Him
and his posse went to the Library of
Congress in search of proving the validity of the movie. The official Library of Congress documentation was tucked away in a back room, but Jack found it.

Herer and his movement gained speed in the 90’s. With the knowledge that hemp is indeed an amazing resource finally conveyed to the public the hemp industry took off, as did Jack’s notoriety. Jack was featured on several High Times covers and received numerous awards.

As the millennium approached, Jack still fought the good fight. In 2004, he suffered his first heart attack and a stroke. He mostly recovered and returned to his campaign. At the 2009 Hempstalk in Portland, Oregon he suffered another heart attack and April 15, 2010, Jack Herer passed away from complications of the heart attack.

Jack’s legacy has continued to thrive as he built the foundation for the marijuana industry we have today. It is important that the new generation of pioneers knows and understands his mission in order to continue it. Jack’s 74th birthday was on June 18th; therefore, in honor of him and the groundwork he laid for us, Edibles Magazine has dedicated this issue to cannabis reform and hemp activism. Happy Birthday Jack!