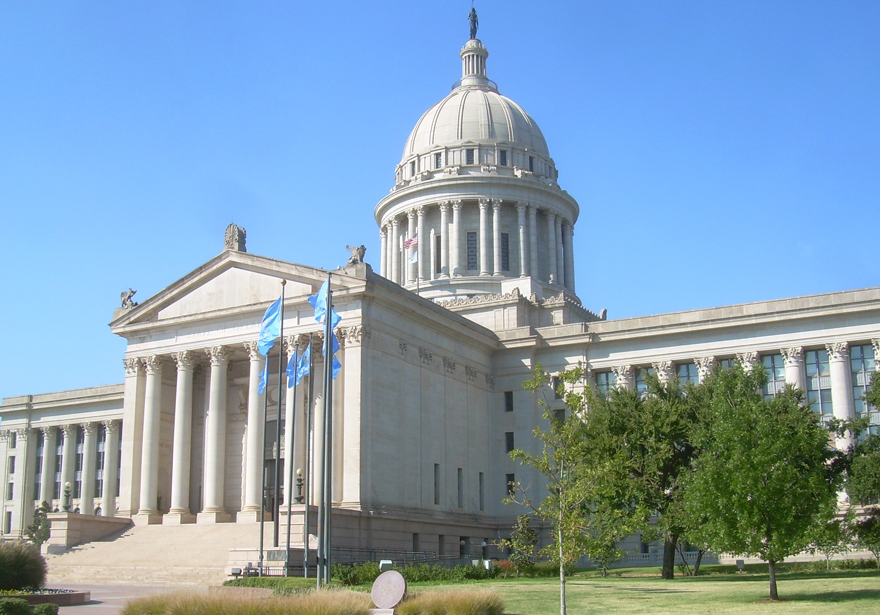 Oklahoma is looking to improve how it treats those who have had repeat run ins with the law. This coming November, Oklahoma citizens will vote on an initiative to stop sentencing enhancements on prior non-violent felonies. State Question 805 would actually amend the states constitution. SQ 805 would prohibit a convicted persons’ previous non-violent felonies from being held against them to “enhance the statutorily allowable base range of punishment”, basically, using your past crimes against you to make your sentence harsher. This measure was brought to ballot by a fantastic effort to submit over 245,000+ valid signatures out of the original 260,000 submitted to the Secretary of State’s office on June 1 st by “Yes on 805”, the sponsor of the amendment. “Yes on 805” says, “Our incarceration crisis is fueled in large part by harsh, extreme sentences that are stacked against Oklahomans to punish them for previous mistakes.

These enhanced sentences unfairly punish Oklahomans for debts they have already paid and tip the balance of legal proceedings even more toward prosecutors. Repeat sentence penalties, marked as so-called ‘sentence enhancements’ during the tough-on-crime era, became popular when it was thought longer sentences would deter people from crime. Research shows that long sentences do not make us safer and reducing these sentences will strengthen our economy and reunite families without weakening public safety.” However, this is not all just wishful thinking. Oklahoma already passed SQ 780 in 2016 which lowered sentence lengths for property offenses such as theft. Since then property crime has dropped by 3% while its prison population has fallen by 10%. State Question 780 changed some non-violent-drug and theft-related crimes from felonies to misdemeanors. These crimes came with a sentence of a maximum One year in prison and a $1,000 fine. The savings from the measure were earmarked per State Question 781, which distributed the funds to different counties according to their population size. These funds are available to privately run rehabilitation organizations that provide mental, drug treatment, job, and education programs. This isn’t just about being cool to the people, there is a lot of money to be saved.

According to the Oklahoma Council of Public Affairs the state gains to earn a lot of money as well as reduce Oklahoma’s prison population by 8.5% over the next 10 years! Reducing the state’s prison population would save between $45 million and $186 million with the average expected savings being somewhere around $142 million. OCPA says, “The taxpayer savings of up to $27 million per year would continue indefinitely into the future.” The amendment to the states constitution isn’t going unopposed. The states republican Governor Kevin Stitt said, “Trying to put this into our state’s constitution, it peels back enhancements for DUI’s, human trafficking, domestic violence…things I don’t think we need to put into our constitution.” The Oklahoma Coalition Against Domestic Violence and Sexual Assault Executive Director Candida Manion said, “When abusers aren’t held accountable, the violence escalates and that’s when they end up killing someone. In Oklahoma, we don’t hold offenders accountable already, but whatever was there, SQ 805 will remove that, making it worse.” These claims, concerns, and worries seem to be relatively unfounded however. According to the measure it would not apply to those who have multiple misdemeanor offenses, meaning multiple misdemeanor convictions could still be enhanced to a felony charge. It also does not apply to those who have ever been convicted of a violent felony. Those offenses include assault, battery, murder, manslaughter, kidnapping, human trafficking, burglary, robbery, child abuse, rioting, arson, or terrorism. On July 29 th SQ 805 qualified for the ballot. State question 805 would create a constitutional right to consume cannabis and require those convicted of marijuana offenses to be exonerated and/or released from incarceration.

State Question 812 would decriminalize certain marijuana-related offenses. It faces a signature deadline of September 4 to qualify for the 2020 ballot and October 5 to qualify for a later election ballot. To qualify, 177,958 valid signatures are required. Oklahomans, get out, sign the petitions, and vote!