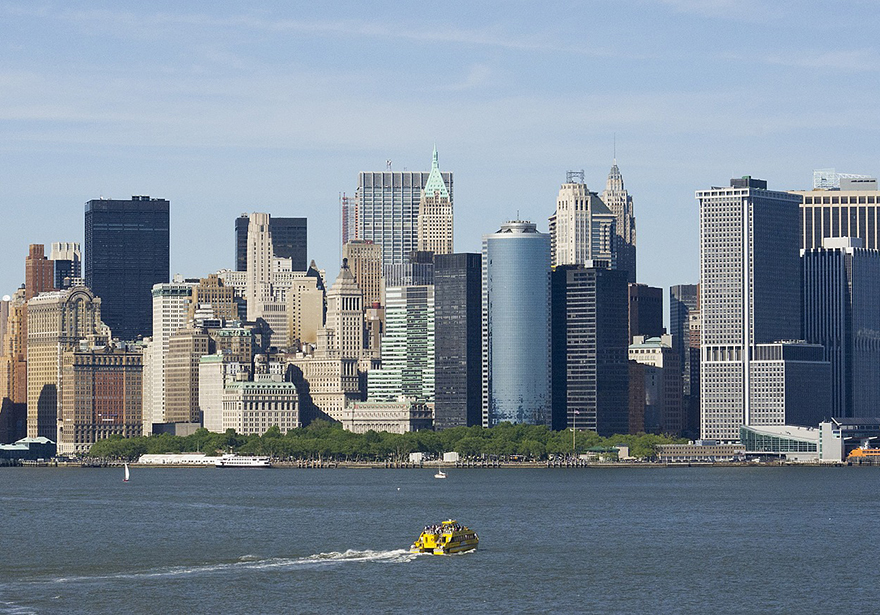 The Cannabis industry has been undergoing lots of changes and growing pains as more states move to legalize recreational and medical cannabis. What works for some states doesn’t necessarily work for others. No one knows this more than the person who was recently tasked to be New York’s first Cannabis Czar, officially known as the Director ofCannabis Programs, Norman Birenbaum. Norman recently spoke to gothamist.com about his new job responsibilities and the task at hand. This article is taken from that interview.

Norman was appointed to the position by New York Governor, Andrew Cuomo, last month. This isn’t Birenbaum’s first time in this type of position, having recently left a similar post in Rhode Island. He admits that when first asked by the Governor of Rhode Island Chief of Staff about what he knew about Cannabis, he said, “I could only identify it by smell but, other than that, really nothing.” That was a long time ago and he says he has learned much since then.

The effort to legalize adult-use marijuana has been defeated once before in the mostly moderate Democrat districts across the State of New York. Cuomo says legalizing cannabis was a top priority for his team and he is confident that his new plan will sway Democrats to include cannabis legalization in the upcoming budget deal in March.

Birenbaum feels that his office needs to address a few details that will help get Cannabis legalized. He says that “Everyone’s looking for public health and safety. Everyone’s looking to prioritize a diverse industry that helps repair the damages from prohibition to communities

disproportionately impacted from the war on drugs.”

The first of these concerns is how to handle impaired driving, using cannabis, and the social and economic equity provisions. The Governor has put forth a package to help deal with DUI enforcement or impaired driving under cannabis consistent to the laws for what the state currently has in place for impairment under alcohol. They are currently evaluating penalties for refusing to undergo law enforcement evaluations as what currently exists like when someone refuses to take a breathalyzer. Applicable laws will apply for operating motor vehicles, open containers, and public consumption.

On the social and economic equity aspect, Birenbaum says that there are tools in place to “ensure that we have a diverse industry in the communities that have been disproportionately harmed from the war on drugs, that they have access to the industry and tax revenue that can be used to reinvest in these communities.” When asked about the aggressive taxing of cannabis in other states that has caused consumers to flock to the “black market” of cannabis Norman says “people are willing to pay slightly more for safe products and for a product that comes in different forms..” In the current proposal the authority to oversee the types of products that are available falls with the Office of Cannabis Management. This is to make sure that the office can capture the illicit market and that safety is maintained. Birenbaum adds, “There is only so much we can do with consumer behavior… Banning products does not work.” The goal of the administration is ensuring that the product that gets to the consumer has been tested for pesticides, mold,

microbials, and heavy metals to make sure public safety is maintained.

Another concern for the Weed Czar is with the growing industry and availability of different types of cannabis products is keeping them out of the hands of children and teens. Birenbaum says that there is a difference between legalization and commercialization. “We are not looking to have a commercialized industry that is trying to create more consumers. We’re trying to take the current use… and ensure that these products are not marketed toward or distributed toward the most vulnerable members of our communities, particularly children.” Birenbaum sites past success with youth usage rates in other regulated industries like alcohol and tobacco products. He acknowledges that there is not enough data specific to the cannabis industry and says that it is “something we need.”

One of the benefits of the regulation of the types of products being handled by the Office of Cannabis Management is that it can keep up with the changes in technology and the public’s health and safety needs. States are updating regulations every 8-12 months, “the need to revisit legislature and change statutes with every industry shift is time consuming… and doing a disservice to consumers” if regulations and consumer protections are out of date according to the Czar. Birenbaum feels that his office needs to be flexible to move with the needs of licensees and small businesses.

The current proposal for New York has different tiers similar to the one already in place: producers, wholesalers, and retailers. This three tier system helps ensure that a single group of well financed individuals cannot control or manipulate the market. By breaking up the different license functions the Office of Cannabis Management can help ensure a “level playing field” for all businesses. To go even further, Birenbaum says that his office has identified areas where they want to make sure applications, licenses, and geographic locations that satisfy the requirements for social and economicempowerment applications are given first access. Individuals who satisfy the requirements will be given