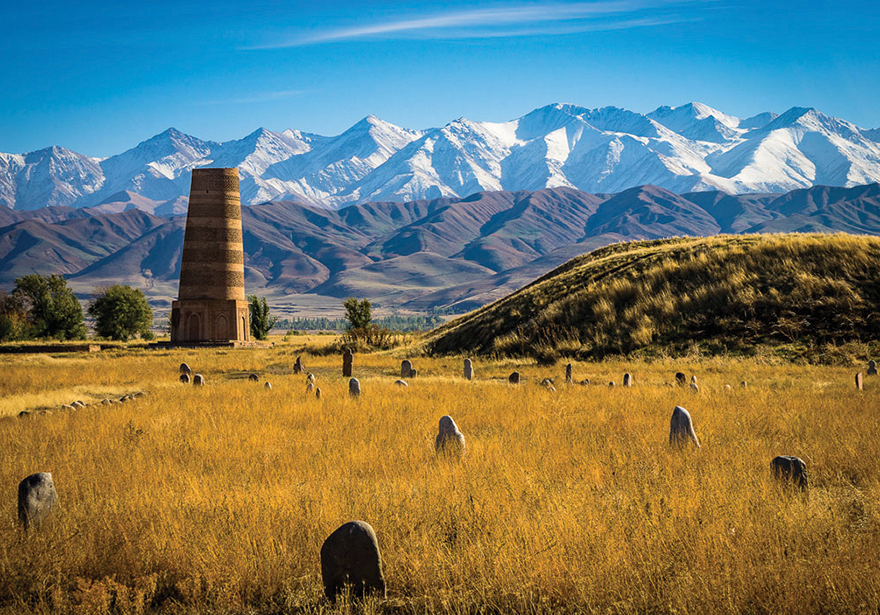 The heartland of cannabis in Kazakhstan is the Chuy Valley, lying in between Kazakhstan and its neighbor Kyrgyzstan. The Chuy Valley is a large valley located in north Tian-Shan. It extends from Boom Gorge in the east to Muyun Kum Desert in the west. The valley has an area of around 32,000 square kilometers, and borders Kyrgyz Ala-Too in the south, and the Chu-Ili mountains in the north. It is estimated that up to one million acres of wild cannabis grows there, accounting for around one third of the available fertile soil and over 10% of the total area of the valley making it the largest cannabis field in the world. Chu River is the major stream of the valley which helps make it all possible.

Cannabis in the Chuy Valley can be dried and smoked in the regular fashion, or may be processed into hashish known as ruchnik, which translates to made by hand, made by rubbing the leaves between the hands in order to collect the resin. The resin is then scraped off the fingers, pressed and molded to form sticky, dense hashish, and packed into matchboxes to be sold. The hashish is renowned for its potency, and has occasionally been known to make it as far as Europe where it is often mislabeled as being made in Pakistan, although the majority is destined for sale in Russia as well as the Central Asian region. It has yet to gain popularity or to make its way into the US. Merkhet Sharipzyanov, writing for Radio Free Europe/Radio Liberty, published the following unusual story about the traditional production method for this particular locally made product:

“The most concentrated and popular form of marijuana is so-called “plastilin” (plasticine), and the way it is harvested and produced has not changed for centuries. It begins with a freshly showered person riding naked for hours on a clean, washed horse inside a two-meter-high “forest” of marijuana. Afterwards, the human body and that of the horse are covered with a thick layer of resin mixed with sweat.”

Although a fascinating tale, and one of the more interesting methods of extracting and manufacturing concentrate, this story has been hard to verify and there wasn’t much more information to support it. Of course, that doesn’t mean it isn’t true, but it doesn’t seem to be depicted much at all in artwork or folklore that can be found.

The primary birthplace of cannabis, Kazakhstan enjoys a vibrant culture of cultivation and use, as well as abundant wild growth of cannabis. As the homeland of cannabis, the large and diverse Central Asian gene pool could be of huge importance in research as it may provide clues as to the plant’s early evolution and development. Furthermore, the sturdy, two meter tall Kazakhstani type is an ideal backbone for breeding high quality indoor genetics, and throughout the world, we are losing these land races at an alarming rate to habitat fragmentation, eradication, and the introduction of foreign genetics.

Kazakhstan may have a long and rich history of cannabis cultivation but the lingering effects of the Soviet Union make it difficult for anyone in the area to benefit much in any way without serious risks and consequences. Riding horses naked through fields of wild cannabis to make hash is probably the most innovative production process i’ve heard of, we just aren’t sure it’s true. If Kazakhstan ever finds a way to use their natural cannabis resources to their advantage they could have one of the most profitable and abundant natural cannabis markets on the planet.