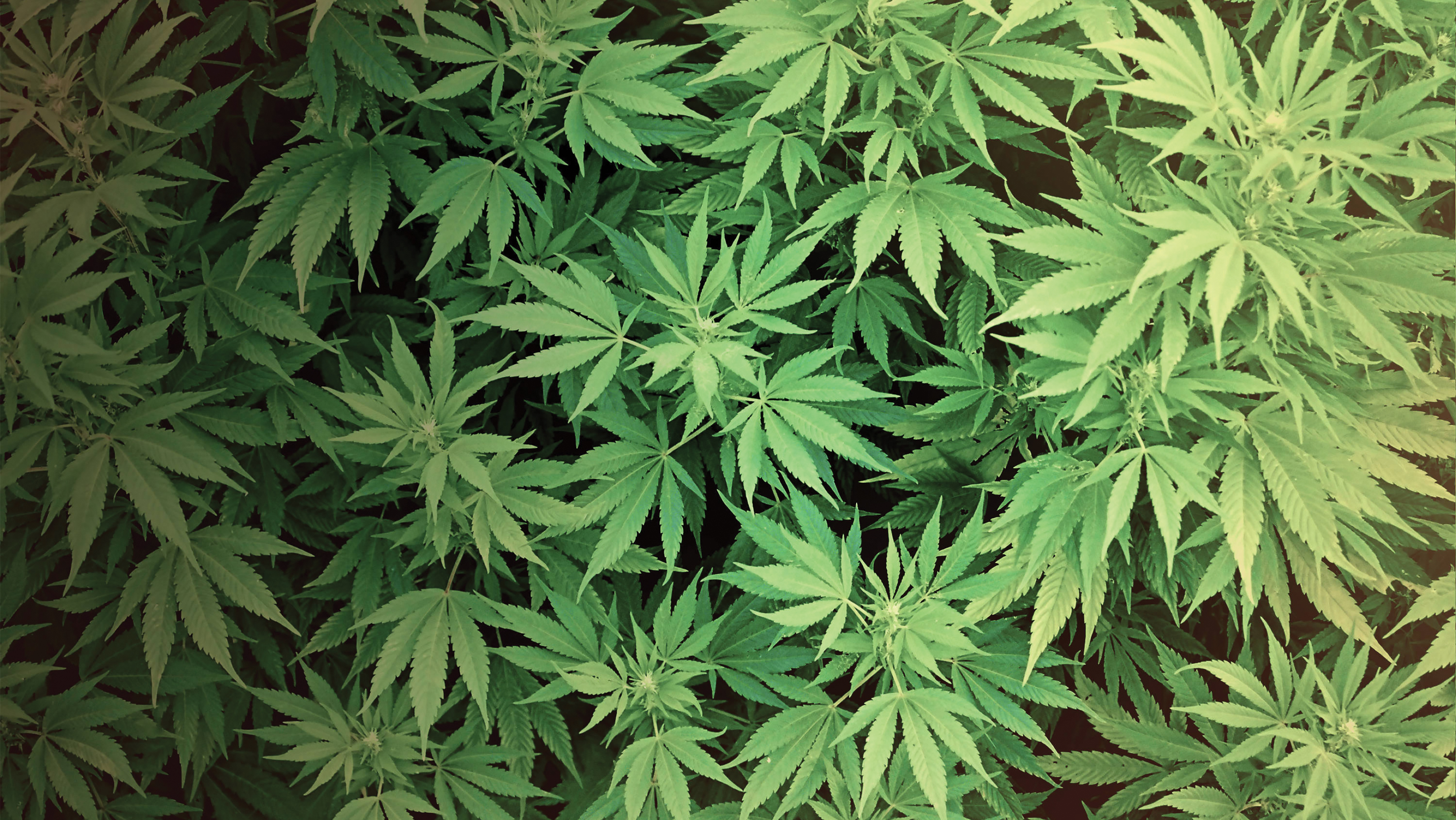 Hemp and marijuana are plant species that derive from the cannabis sativa plant; originating from the cannabaceae family. They are similar in that they are plants, and both still face illegalities Federally in the United States. The hemp plant is recognized for its industrial purposes. While hemp plants are derivatives from cannabis it only produces low trace amounts ranging from 0 – .03% of the psychoactive component THC (Tetrahydrocannabinol). Hemp plants produce no psychoactive effects in humans in relation to the marijuana plant. Marijuana is also commonly known as cannabis, pot, weed, grass and medical marijuana. Marijuana has been labeled as a medicinal drug, a recreational drug, and as an illicit drug because it creates a psychoactive reaction due to the Tetrahydrocannabinol (THC).

THC contributes to the psychoactive characteristics in humans. A marijuana plant has THC traces up to 5-10% THC, and when marijuana is consumed the THC and cannabinoids stimulate the cerebellum, creating a psychoactive reaction, once ingested or consumed. Hemp and marijuana were initially discovered and documented in history around 2700-2800 BCE in China. Hemp was primarily cultivated for its fibers and seeds which are high in amino acids and protein. The fiber and seeds can be eaten as well as extracted for seed oil and used for the production of paper and clothing. For centuries the hemp plant has proven itself resourceful, as its fibers have been used to produce rope, twine, cable, yarn, string and linen fabric. China was the first to document the medical benefits of marijuana. Marijuana possessed medicating properties that were utilized for its anesthesia, anti-depressants, antibiotics, and for its analgesic effects. Centuries ago in India’s history, it is suggested that cannabis was seen as a sacred plant and was used for religious or spiritual practices and rituals.

A little over 80 years ago, in our own historical backyard, farmers were encouraged and mandated by Virginia’s government to cultivate hemp and at one point hemp was permitted to be exchanged as a legal tender in some states. It has been documented and illustrated that in the 1800’s and in the early 1900’s marijuana had been prescribed by doctors and commonly available at public pharmacies due to its popular medicinal drug properties. Yes, marijuana was once legal; until prohibition of marijuana was considered and initiated by Harry J Anslinger, the U.S. Commissioner of Narcotics. Harry J. Anslinger spearheaded the Marijuana Tax Stamp Act of 1937. The Marijuana Tax Stamp Act allowed for a Federal registration and Tax Stamp for possession, sell and/or use of marijuana. This act criminalized anyone who had possession of marijuana before possessing the actual Tax Stamp.

While the ban on marijuana and industrial hemp was happening so was World War II. Despite the efforts of Harry J. Anslinger and President Franklin Roosevelt, who had signed Federal legislation prohibiting the cultivation of cannabis, hemp was recognized as a useful product to help with the war efforts. A “Hemp for Victory program” was initiated and eventually government acknowledged hemp as a beneficial natural resource. Hemp was introduced to the public; with a U.S. Government Propaganda film which highlighted hemp and its ability to produce essential durable items such as rope, tackle, parachute webbing, cabling, thread for shoes and fire hoses. All of these products could be produced and manufactured in America for the war. The Federal government offered U.S. farmers the opportunity to defer being drafted by cultivating hemp for industrial war relief efforts. The goal at one time, early on in the war, was for 300,000 acres to be grown by 1943. However, once the war was over, so was legalization of industrial hemp production.

In 1969, the Supreme Court considered the 1937 Marijuana Tax Stamp Act to be unconstitutional and incriminating, in addition to unfounded and contradicting to original statements of purpose. With this turn of events, the Controlled Substances Act was established in 1970. The United States Federal Controlled Substance Act defined any product containing THC to be a Schedule I drug. The Drug Enforcement Agency classified marijuana as a drug under Schedule I substances, or chemicals, which was defined as having no medical use or intent, with a potential increase for abuse. Schedule I drugs are considered to be the most dangerous drugs within the scheduling levels of Controlled Substances. Schedule I drugs include, but are not limited to: heroin, lysergic acid diethylamide (LSD), marijuana (cannabis), methylenedioxymethamphetamine (ecstasy), methaqualone, and peyote drugs. These drugs are considered to have a potentially severe psychological or physical dependency.

Currently to date, marijuana is illegal Federally within the United States to cultivate, distribute, sell or use. In addition, it’s illegal to obtain and/or import hemp seeds from outside the United States. However, research on marijuana has proven that marijuana contains some medicinal attributes. The Drug Policy Alliance states that marijuana has been prescribed for its clinical protective properties against formation of cancer, its good for mental health, and can help treat certain medical conditions. The Scientific American documented that researchers have expressed marijuana’s beneficial use for its medicinal properties. It has been prescribed for a variety of medical reasons such as pain treatment, glaucoma, nerve damage, nausea, even menstrual cramps.

The Vote Hemp Advocacy Organization introduced a bill to congress, the Industrial Hemp Farming Act of 2013 that is intended to exclude and amend industrial hemp from the Controlled Substance Act. The Industrial Hemp Farming Act of 2013 wants to include the parameters indicating 0.3% or less THC hemp concentration level that would be considered as industrial hemp. The bill will allow states that once permitted hemp production in the past the legal right to cultivate and produce industrial hemp under their state law. This recent hemp bill signed by Barack Obama allows State Departments of Agriculture and Institutes of higher education to certify and register for hemp cultivation licenses, for research and development purposes of industrial hemp production and commercialization. PR News reports that to date, 32 states have introduced pro-hemp legislation and twenty have passed that pro-hemp legislation. Until the bill is passed by Congress there is still a Federal restriction against cultivating, producing, selling, or using industrial hemp and marijuana. Farmers, students and even state employees can face the risk of raids by Federal agents, prison time, and even penalties due to Federal mandate and scheduling of marijuana and hemp.

The only common attributes marijuana and hemp share are being derived from the cannabis sativa plant and both are Federally illegal within the United States to cultivate, distribute, sell and/or use, even though reform in is the works. The main differences between hemp and marijuana is that hemp does not bud, it grows tall and bushy like bamboo instead of wide and low, and you can not smoke it and get “high.” Marijuana forms the flowers that we call “buds,” and that are dried out, cured and smoked. Hemp, while it may not be publicly known, is one of the most useful renewable resources we have on Earth, as it can be used to produce almost anything, from rope, to fiber glass, to hemp plastic, to fuel, even an entire car was made of hemp (the Kestrel, designed in Canada by Calgary-based Motive Industries INC.)

So when it comes time to vote on hemp bills, know the facts and the differences. Hemp can help save our planet. No longer do we have to cut down rain-forests and trees. We believe there is a better way, and it doesn’t involve “getting high.”