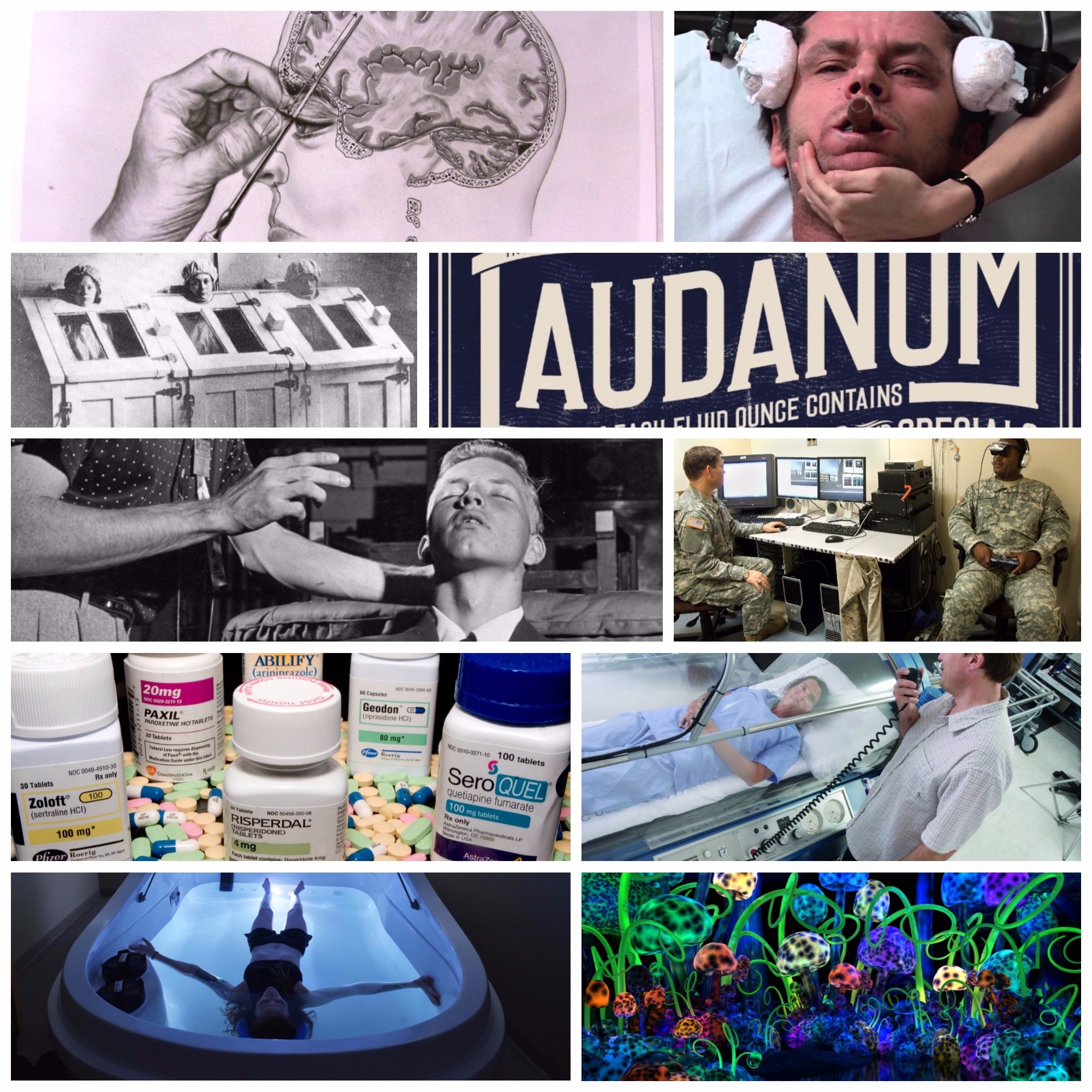 Post Traumatic Stress Disorder (PTSD) has gone by more than a few different monikers in it’s time: War Strain, Shell Shock, Combat Stress Reaction (CSR) and Battle Fatigue. There has also been quite a history of attempts at treating the disorder on behalf of science.

During the American Civil War, the most modern treatment available for those suffering from PTSD was at the Government Hospital for the Insane in Washington DC, where they would treat veterans afflicted with “acute mania.” Very little was understood at the time and in asylum records, one frequently listed “cause” of mental breakdown was “masturbation.” In World War One, the psychological distress of soldiers was attributed to concussions caused by the impact of shells; this impact was believed to disrupt the brain and cause “shell shock”. Nearly half of World War II military discharges were said to be the result of combat exhaustion. Back then the military required treating casualties without delay and making sure sufferers expected complete recovery so that they could immediately return to combat after a brief rest. In Vietnam drug use was not uncommon and veterans returned home to a sometimes hostile public. In 1968 the Diagnostic and Statistical Manual of Mental Disorders included “adjustment reaction to adult life” which was completely insufficient to capture a condition like PTSD. This diagnosis was limited to three examples of trauma: fear linked to military combat, Ganser syndrome (marked by incorrect answers to questions) in prisoners who face a death sentence, and unwanted pregnancy with suicidal thoughts. Modern technology has also changed the experience of war and what it means to be a soldier in a combat zone. Today, a soldier can kill someone on the other side of the world through the use of an ICBM or a drone and modern technology has actually helped to increase the number of people who experience PTSD.

Here’s 10 of the scientific and military communities’ Non-Cannabis attempts at treating PTSD throughout history, basically in order from worst to best, depending who you ask.

1. Lobotomies
A lobotomy is a surgical procedure in which the nerve pathways in a lobe or lobes of the brain are severed from those in other areas with an instrument resembling an icepick. Lobotomies were used in VA hospitals as the final answer if other treatments were deemed ineffective. The operations sometimes helped with the symptoms that would fall under post-traumatic stress disorder. Unfortunately the operations were reported to leave the patients unable to care for themselves. Seizures, amnesia, motor function loss and even death were other common outcomes.

2. Electro Shock Therapy
Electroconvulsive therapy (ECT), formerly known as electroshock therapy, and often referred to as shock treatment, is a psychiatric treatment in which seizures are electrically induced in patients in an attempt to provide relief from mental disorders. The US Military made wide use of ECT during World War II, and by the 1950s, ECT had become one of the standard treatments for hospital depression. Many patients complain of memory loss as a result of long term ECT.

3. Hydrotherapy
Treatments involved mummifying the patient in towels soaked in ice-cold water and others required the patient to remain continuously submerged in a bath with various extreme water temperatures for hours or even days – they were strapped in and not even allowed out to use the restroom. Army doctors also ordered the use of high-pressure jets and patients were strapped to the wall in the crucifixion position and blasted with water from a fire hose. It wasn’t unheard of for patients to die from accidentally drowning as the result of early hydrotherapy treatments.

4. Old Drugs: Morphine, Laudanum, Barbiturates and Alcohol Opium Tonics
The Adverse effects of old drugs like laudanum are dysphoria and constipation as well as psychological dependence and physical dependence, and an overdose can result in severe respiratory depression or collapse and even death. Long-term use can also lead to abnormal liver function and deaths from overdoses, either accidental or deliberate, became a frequent occurrence among returning veterans who’d been given these “medicines” by doctors to treat their battle trauma.

5. Prolonged Exposure and Aversion Therapy
Exposure therapy involves exposing the target patient to the anxiety source or its context. The goal of this treatment is to promote processing of the trauma memory and to reduce distress and avoidance evoked by the trauma reminders. Designed to treat post-traumatic stress disorder, characterized by reexperiencing the traumatic event through remembering it and engaging with, rather than avoiding reminders of the trauma (triggers). This technique is also called flooding.

6. Hypnosis and Mesmerization
Hypnosis is a state of human consciousness involving focused attention and reduced peripheral awareness and an enhanced capacity to respond to suggestion. Because hypnotherapy is primarily a method for accessing and treating the subconscious, it’s effective for PTSD and other issues that originate in some type of trigger or locked away memory. Altered state theories see hypnosis as an altered state of mind or trance, marked by a level of awareness different from the ordinary conscious state.

9. Sensory Deprivation Float Tank Therapy
Commonly known as sensory deprivation, float therapy consists of patients entering a pod filled with 150 gallons of water, and 1,000 pounds of Epsom salt, allowing the body to float on top of the water without any effort in a dark, quiet, and stimuli-free environment. Many veterans have admitted that float therapy helps alleviate PTSD symptoms and that they have decreased the amount of anxiety and depression medications or been able to stop completely because of the benefits from float therapy.

10. Psychedelic and Hallucinogenic Drugs: Magic Mushrooms, LSD, DMT, Ayahuasca and MDMA
Psilocybin has been shown to relieve crippling anxiety. MDMA (methylenedioxymethamphetamine) can provide valuable assistance to people suffering from post-traumatic stress disorder and has helped chronic PTSD patients process and move past their traumas. LSD can reduce Default Mode Network (DMN) activity and help patients feel better. The study of depression shows that quieting the DMN can lead to beneficial treatments. DMT, short for dimethyltryptamine, is among the most powerful psychedelics that we can experience and users report having mystical visions with healing properties.