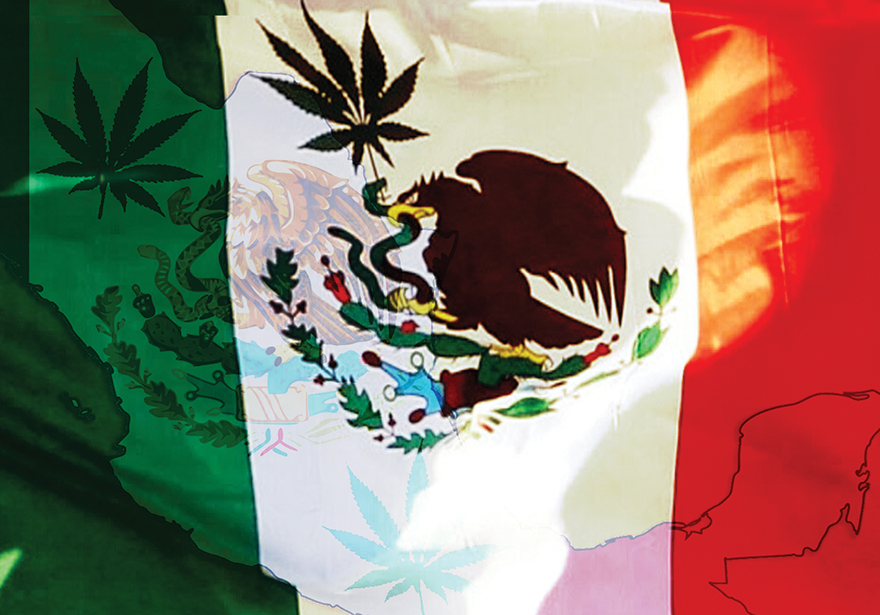 Mexico has taken its first step into the world of green goodness as President Peña Nieto has issued a decree that officially legalizes medical cannabis thanks to overwhelming support from the both Mexican Lower House of Congress and the Senate. The Lower House overwhelmingly supported the measure by 347-7 vote and said, “The ruling eliminates the prohibition and criminalization of acts related to the medicinal use of marijuana and its scientific research, and those relating to the production and distribution of the plant for these purposes.” This decree will effectively decriminalize the medicinal use of cannabis, THC, CBD and all of the derivatives. Furthermore, the production and distribution of medicinal cannabis has been allowed. A representative from the Citizens’ Movement Party who supported the bill said, “This is not opening the door for a general and unchecked consumption because it includes measures so the health department can ensure it is not being abused or distorted to widen it to recreational use.”

The decree will put Mexico’s Ministry of Health in charge of the drafting and implementation of the regulations and public policies regarding, “the medicinal use of pharmacological derivatives of cannabis sativa, indica and Americana or marijuana, including tetrahydrocannabinol.” The ministry has also been tasked to start a research program before creating broader policies. Dr. Jose Narro Robles, Mexico’s Secretary of Health, voiced his support of the measure by saying, “I welcome the approval of therapeutic use of cannabis in Mexico.”

Nieto was an opponent of cannabis legalization, but after Mexico held a national debate last year on whether to overhaul the country’s cannabi laws, Nieto has had a change of heart by calling for a re-examination of global drug policy. “So far, the solutions [to control drugs and crime] implemented by the international community have been frankly insufficient,” Nieto said to the 2016 United Nations General Assembly Special Sessions in April 2016. “We must move beyond prohibition to effective prevention.” Since then, Nieto has even introduced a measure that would allow Mexican citizens to legally possess up to a ounce of recreational cannabis. However, the bill was stalled in congress.

Presidente Nieto is not alone in seeing the other side of the fence. In 2015, the Mexican Supreme Court ruled in favor of four individuals who wanted to grow cannabis in their backyard for personal consumption. Justice Olga Sánchez Cordero commented, “Absolute prohibition is excessive and doesn’t protect the right to health.” This now sets a precedent which may accelerate efforts for broader forms of cannabis legalization.

The legalization of medical cannabis is hoped to help offset the drug violence which has claimed the lives of 80,000 people in Mexico since 2006. A representative of the Green Party hoped that this bill would, “open up a new front for authorities to combat addictions and the violence that arises from the illicit activities of drug growing, trafficking and consumption.”

Currently, cannabis in Mexico can possess only 1% of THC or less. However, hope and determination is at an all time high since the country has managed to overcome the biggest obstacle in its path to the promised land of legal weed.