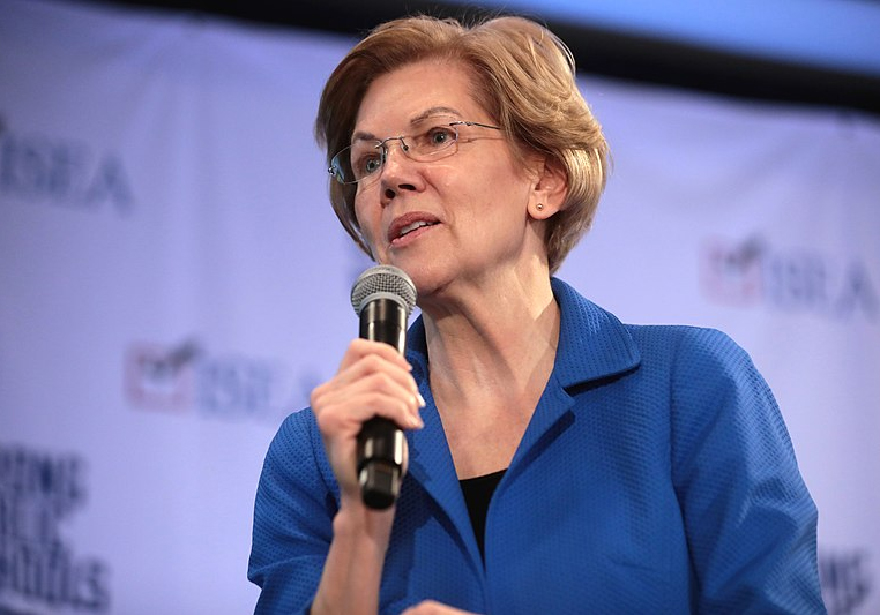 Sen. Elizabeth Warren is one of the top contenders for the Democratic nomination for President in the upcoming 2020 election. According to a recent Politico post, Warren outlined her plan on how she would handle weed if she were to be elected to be the first madam President of the United States.

Recently, Democratic front runner, Bernie Sanders, announced that he was going to Federally legalize marijuana on his first day in office. Elizabeth Warren’s plan is a lot more modest and probably a lot more slow moving.

Elizabeth Warren has a long track record of backing pro-legalization bills. She was a sponsor of the MORE Act (the Marijuana Opportunity Re-Investment and Expungement ACT), a supporter of the STATEs Act, which protects states who pass their own cannabis laws, and the Marijuana Freedom and Opportunity Act, which decriminalizes cannabis and uses collected tax revenues to establish a fund to support women and minority owed cannabis businesses.

Sen. Warren’s website points out the past wrongs done by this country in racializing the cannabis plant. In a paragraph from the cannabis page on her site: “Anti-marijuana laws were first adopted over a hundred years ago to target primarily Mexican migrants and Mexican Americans. The term “marijuana” itself was racialized, meant to associate the plant with Mexican-origin people, stigmatizing both. And ever since, Black and Brown communities have suffered disproportionately from draconian enforcement of anti-marijuana laws.”

Warren’s site goes on to even call out President Nixon’s “racist War on Drugs”. Warren is showing, like she did during the Nevada debate, that she’s not afraid to face problems head on nor will she pull punches. Her Plan for marijuana, however, isn’t as aggressive as she appears to be.

First, cannabis won’t be made legal under her plan. No, not at all. Instead, Warren will decrease federal funding to those states who do not pass legalization laws.

Sen. Warren also said that she will reinstate the Cole Memo. The Cole Memo was an Obama-era order sent by Attorney General Cole ending federal prosecution of marijuana offenses nor would it interfere with states who had passed marijuana legislation.

Elizabeth Warren promises to appoint Pro-Cannabis people to lead the Department of Justice, the Drug Enforcement Administration, the Food and Drug Administration, and the Office of National Drug Control Policy.

Senator Warren’s plan also supports expunging past federal cannabis convictions as well as help those with prior convictions find work in the cannabis business. According to Forbes, the number of marijuana-related arrests nationwide continues to increase every year, with over 660,000 arrests in 2018, over 90% of which were for possession alone. These numbers are disproportionately high in Black and Latino communities.

Sen. Warren feels that VA Doctors should be able to prescribe cannabis to their patients for all of the known medical benefits in treating the conditions the plant has been known to help and permitting veterans to use marijuana without fear of federal punishment.

When it comes to Big Tobacco, all Senator Warren can say is that she will keep them out of the industry, or at least, stop them from “muscling in” on the industry.  She plans on using ”anti-trust laws and federal oversight to prevent consolidation in the cannabis industry that drives up prices, restricts new businesses from entering the markets, and lowers quality.” Sen. Warren plans to protect consumers by closely regulating the safety and marketing of marijuana products.

This article has been updated to say that as of March 4, 2020, Elizabeth Warren has dropped out of the race for Democratic Presidential nominee.