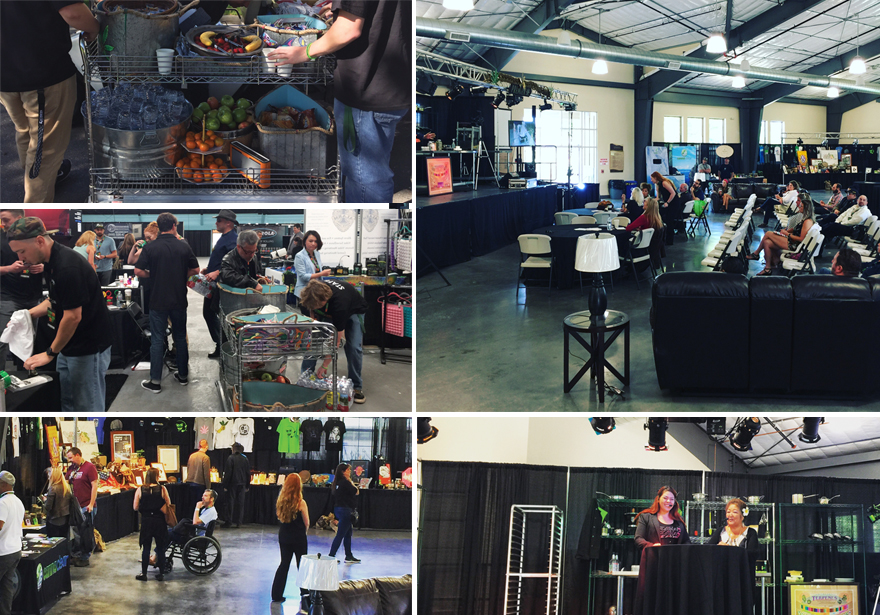 The Sonoma County Fairgrounds were blazing with business this past 420 as CannaCon came to town. The location was the setting for a B2B/Consumer event filled with a vast variety of the top cultivators, vendors, manufacturing equipment, soil nutrients, educators, speakers and icons within the cannabis industry. Bob Smart, CEO and Founder of CannaCon has had much success with the event in Seattle, Washington since 2013 and decided to bring his event to Northern California for the 420 Weekend.

The Sonoma County Fairgrounds is the site for the very popular Emerald Cup that takes place in the Fall each year, but with the industry growing and with many cultivators preparing to work the ground with their seeds and clones it was the perfect time to have an event such as this to highlight the cultivation process. With the large number of buildings on site, many were specific to the extraction equipment showcases, cultivation equipment, soil and nutrient exhibits and a culinary cooking demonstration room.

Edibles List Magazine was on hand and participated with educational panels highlighting the growing market of edibles and topicals. With such subjects as Distribution, The State of Edibles in California, Oregon, Washington and Colorado, Infused Dining Chefs, and the Trending Edible Market we were able to assist interested attendees who were seeking to get into the industry.

Being that is was April 20th, there was a celebratory countdown in a 215 approved area where attendees and vendors embraced the moment together. Of course being that it was in the area of the country that is known to have the best grown cannabis in the entire USA the delectable scents of OG were wafting in an enormous cloud of 420 frivolity. I feel it was realized by all present that the future of true recreational was just around the corner and we may not require lines or boundaries in 2019.

The next CannaCon is set for July 13th to 15th at the Hynes Convention Center in Boston, MA. This will be the first cannabis conference to take place in Massachusetts. At this time industry figures and statistics are showing that the sales of equipment, products and build outs for the cannabis industry are some of the most active after California. The difference is that the population of Massachusetts is only 7 million residents and California is 38 million. Congratulations to CannaCon and to the state of Massachusetts as we look forward to supporting education for events like CannaCon in the future.