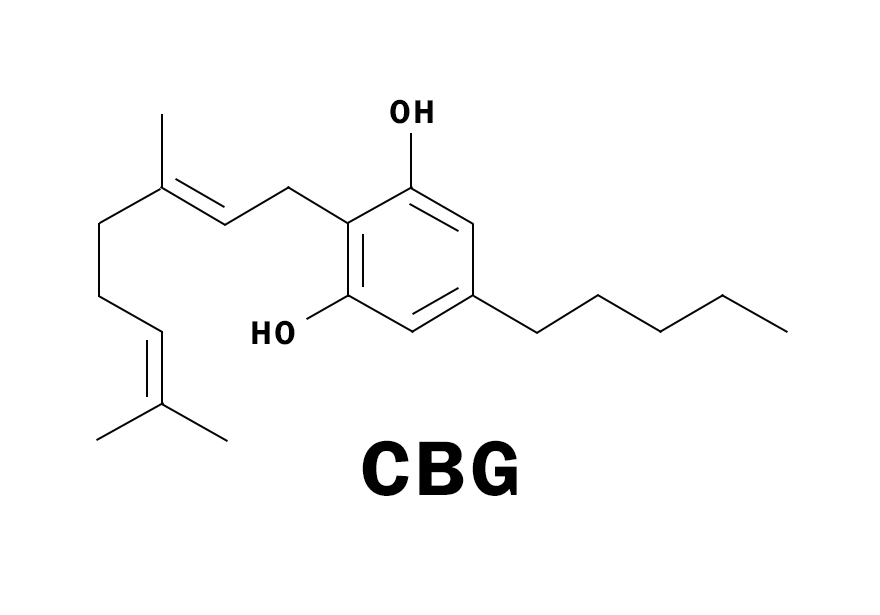 CBG is often referred to as the mother of all cannabinoids. This is because other cannabinoids are derived from cannabigerolic acid (CBGA), an acidic form of CBG. It is found in smaller quantities than other cannabinoids in cannabis plants. In most strains of the plant, only 1% of CBG can be found compared to 20 to 25% of CBD or 25 to 30% of THC.

This makes consumer products derived from the cannabinoid rare and often expensive. However, CBG is growing in popularity as a result of the host of potential benefits it has to offer.

CBG is derived from young cannabis plants because they contain higher amounts of CBG than fully developed plants. Some strains of cannabis like White CBG, Super Glue CBG, and Jack Frost CBG also have higher CBG content than other strains. These strains are specifically cultivated to produce higher quantities of CBG. Both CBD and THC start as CBGA, an acidic form of CBG. This is why younger cannabis plants contain higher concentrations of CBG.

Due to the difficulty of getting CBG, cannabis growers have been experimenting with cross-breeding and genetic manipulation to help cannabis plants produce more CBG.

CBG is processed by the body’s endocannabinoid system. The endocannabinoid system is made up of molecules and receptors in our bodies that are responsible for keeping our bodies in an optimal state regardless of what’s going on in our external environment. In our bodies, CBG imitates endocannabinoids, the natural compounds our body makes. Our body contains two types of cannabinoid receptors—CB1 and CB2. CB1 receptors are found in the nervous system and brain, while CB2 receptors are located in the immune system and other areas of the body. CBG works by binding to both receptors where it’s thought to strengthen the function of anandamide, a neurotransmitter that plays a role in enhancing pleasure and motivation, regulating appetite and sleep, and alleviating pain. Unlike THC, CBG has no psychotropic effects, so it will not give you a high.

Like CBD, CBG has been used to combat pain without having the intoxicating effect of cannabinoids like THC. Research shows that CBG can also have therapeutic effects. Some promising animal studies show that CBG might ultimately be found useful for the following therapeutic benefits in treating Inflammatory Bowel Disease (IBD) and Glaucoma. Additionally, it has been found to have antibacterial properties and has cancer fighting properties.