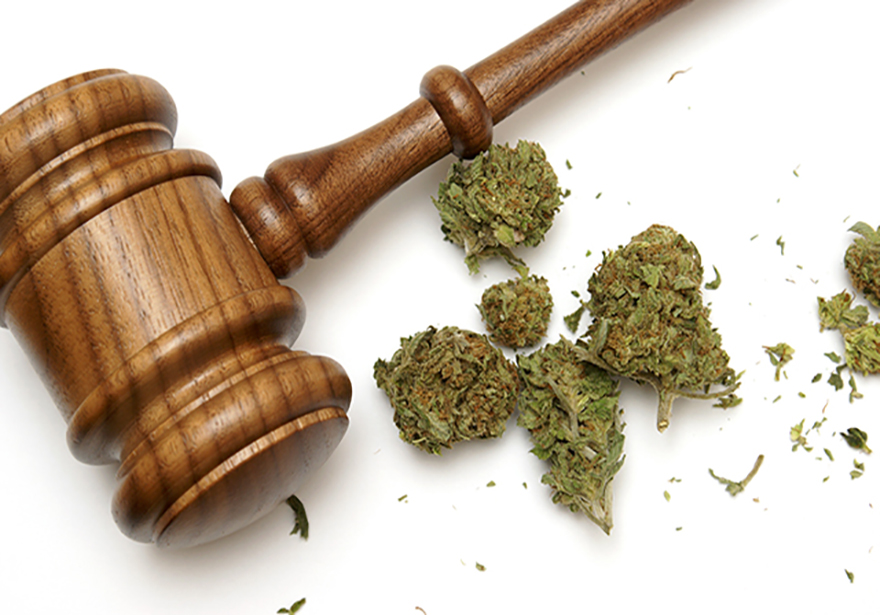 The complaint was filed in the Southern District Court of New York last July by plaintiffs that included and Iraq War Veteran, a child with seizures and ex-NFL player Marvin Washington. The complaint stated that the Controlled Substances Act’s (CSA) classification of cannabis as a Schedule I substance is so irrational that it violates the United States Constitution.

Other drugs classified as Schedule I include heroin, LSD and mescaline. A Schedule I drug must meet these three characteristics: a high potential for abuse, there is no currently accepted medical use in treatment in the United States, and there is a lack of accepted for safety for use of the drug or substance under medical supervision.

Crack cocaine and crystal meth are designated as Schedule II drugs (less dangerous than cannabis). Cocaine is used as a topical anesthetic (i.e. lidocaine and benzocaine used in dentistry, surgery and tattooing), and meth in pill form known as Desoxyn is used for ADHD, severe obesity and narcolepsy.

In dismissing the case, Judge Hellerstein ruled that the DEA has authority and before bringing the lawsuit the plaintiffs were required to exhaust administrative remedies including petitioning the DEA to reschedule cannabis.

Attorney Michael S. Hiller said in a statement that Judge Hellerstein took pains to “emphasize that this decision is not on the merits of plaintiffs’ claim[s].”

“Resigning the plaintiffs to the petitioning administrative process is tantamount to a death sentence for those patients who need cannabis to live,” Hiller said in the statement. “The time has come for the courts to abandon decades-old precedent, notched with obsolete legal technicalities, and catch up with modern science and contemporary principles of constitutional law.”

During the oral arguments in the case, the government claimed that the plaintiffs had not petitioned the DEA to reclassify marijuana.

“When agencies are set up to do the very thing that you want me to do, the right thing to do is defer to the agency,” Hellerstein told Hiller.

Judge Hillerstein did indeed show sympathy for the plaintiffs’ claims acknowledging that medical cannabis has helped them.

“How could anyone say that your clients’ lives have not been saved by marijuana?” Hellerstein said.

The five plaintiffs were a unique group of outspoken cannabis advocates all suing for their own different but very personal reasons and what some would consider basic human rights.

Alexis Bortell who is only 11 years old, uses medical cannabis to treat her debilatatgin epilepsy. Her parents, who are both military veterans, moved their family from Texas to Larkspur, Colorado, so that she could access the medicine that her family says drastically improved her seizure condition. She sued because the CSA restricts her ability to travel freely with her medicine, and also because the federal illegality of cannabis forbids her from fully accessing the benefits due to her, being the child of a military veteran.

When he was just a year old, Jagger Cotte of DeKalb County, Georgia, was put in hospice care, diagnosed with deadly Leigh’s Disease. His parents turned to medical cannabis with hopes of relieving his near constant pain and believe it has extended his life. Now 6, Jagger relies on medical cannabis and, like Alexis, sued because the CSA takes away his right to travel by airplane or travel to or through states in which medical cannabis is illegal.

Jose Balen, 34, of Seminole County, Fla., served in the U.S. Army and was deployed to Iraq for 14 months starting in May 2003. He now uses medical cannabis to treat PTSD, and sued for the right to safely enter a military base, travel by airplane, and travel to states where medical cannabis is illegal. In a statement, Belen called the ruling disappointing, “but just the beginning.”

In the lawsuit, the group contended that the CSA was enacted and enforced in a discriminatory manner historically targeting populations of color and today prevents them from participating in the legal cannabis industry.

Hiller on Monday vowed to appeal the decision. “This case will continue to move forward,” he said “Notwithstanding the outcome today, we remain confident that the final disposition of this case will include a finding that the classification of cannabis under the Controlled Substances Act is unconstitutional – freeing millions of Americans to safely treat their conditions with a plant that maintains their health and their lives.”

“We are on the right side of history, and we will take this fight to the Supreme Court if necessary,” he said.