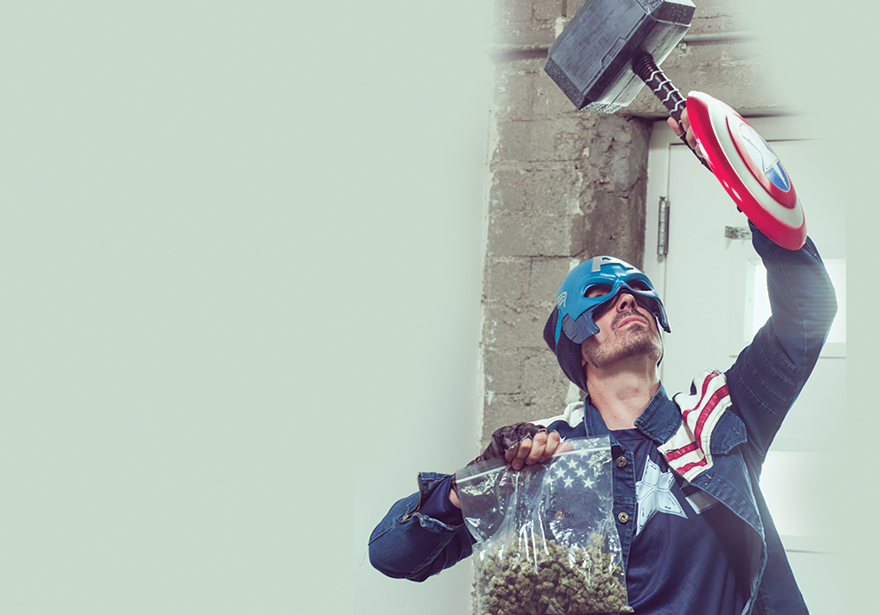 Greetings my friends, June is here and it’s officially Summertime. Summer means quite a few things: swimming, beaches, barbecue and so much more – including PRIDE! It’s been nearly 48 years since the Stonewall Riots took place on
June 28, 1969 in the Greenwich Village section of Manhattan, NYC. One year later in 1970, the first annual Pride parades
were held commemorating the anniversary in New York, San Francisco, Los Angeles and Chicago. To celebrate Pride, we reviewed PRIDE Brand Cannabis vapes by Buck Angel and Leon Mostovoy, and Scout Durwood visited LaGanja Estranja’s Dance Class in North Hollywood. This month we also made cannabis infused crepes with the Mystery Baking Company using their medicated hazelnut spread “Budtella” and marijuana honey. Check out the recipe in this issue to make your own.
On a personal note, I’m very excited to be travelling to Richmond for the Virginia Comic Con. I’ll be performing along with Nerdcore Rap Legend, MC Chris. He’s one of my favorites, and his lyrics include gems like the line: “Weed is by my side, it’s always been there. Always been there, always been there.” If you haven’t heard his music, look it up! You still have some time left to fight the Proposed Medical Cannabis Licensing Regulations for California. Public written
comments can be mailed to:
California Department of Food and Agriculture
CalCannabis Cultivation

Remember to tip your delivery driver, smile at your budtender and always know your dose. “Truth is not obliged to stick to possibilities.”
Patrick Ian Moore

R.I.P. Chris Cornell
July 20, 1964 – May 18, 2017
He was our CEO’s favorite musician. She learned to advance her guitar skills through the songs he wrote. He will forever be admired, loved and remembered.