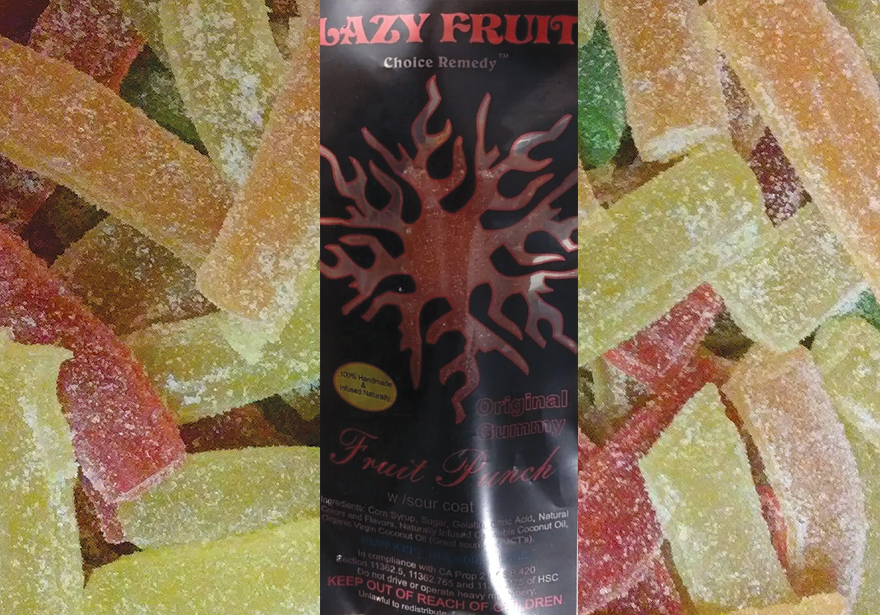 Lazy Fruit by Choice Remedy are THE quintessential example of “Don’t judge a book by it’s cover.” I have to admit, when I first saw these products I was not that enticed. I am always uncertain when it comes to gummies, often times the flavors just don’t quite taste as they should or all you can taste is the CO2 oil sprayed on them.

However, I was well aware that Choice Remedy makes phenomenal products, so I tried the Fruit Punch flavor. It was absolutely delicious. The gummies have a perfect sour to sweet ratio. The gummies themselves are fairly large in size, but only weigh in at 40mg and rolled in sugar.

I decided to eat mine before bed and then I decided to eat another because it was so delicious. This time I tried Melon Margarita, let me tell ya’ the flavor profiles are on point, to say the least. The Lemonade really tastes like Lemonade. It is neither too sweet nor sour. About an hour after I ate them I started to doze off. I woke up feeling refreshed and without a weed hangover, so that’s always a win!

The founder of Choice Remedy became a medical marijuana patient in 2001 after suffering an injury at work. He founded the company in 2009 and set out on a mission to educate people on the proper use and benefits of medical marijuana. As well as to help those suffering find relief through cannabis as an alternative to prescription drugs.

Choice Remedy never uses BHO or harmful chemicals in their edibles and coconut oil or avocado oil is their preferred infusion process. They will decarboxylate the cannabis 70-80% then slow cook it in the Choice oil.

Choice Remedy edibles are both delicious and effective. Go to: choiceremedy.org to find out where you can pick up your next favorite edible!