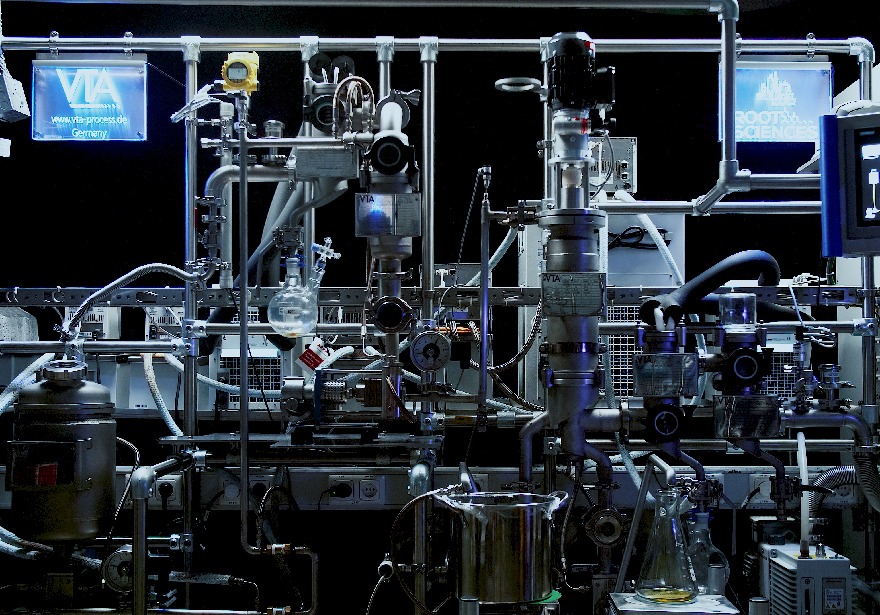 Root Sciences is the global leader in industrial extraction, distillation and post-processing Equipment and support services, committed to revolutionizing the cannabis and hemp industries, and the way concentrates are produced. Root Sciences’ founders have been pioneering cannabis and hemp extraction and purification technologies for over a decade. For those who don’t know—distillate is a form of refined extract made by purifying a crude concentrate in a process comparable to distilling water. The product is heated under deep vacuum to the point of evaporation, and then cooled back into liquid, thus separating undesirable compounds from the purified end product. After all of the undesired materials are removed with Root Sciences’ state-of-the-art processes, what is left is the purest form of distillate possible, with some reported potency exceeding 99% cannabinoid content. 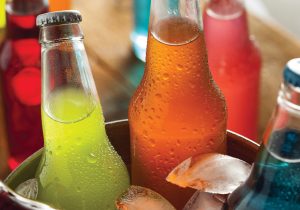 Just as Root Sciences’ wiped film molecular distillation technology changed the way edibles were manufactured back in 2016, they are once again disrupting the industry, working to launch the next revolutionary technology in edibles: cannabinoid nano-emulsification. What is a cannabinoid nano-emulsion? Emulsions are something we encounter every day, whether we realize it or not: milk, Italian dressing, and even many lotions are all emulsions. Oxford Dictionaries defines an emulsion as a fine dispersion of minute droplets of one liquid in another in which it is not soluble or miscible. 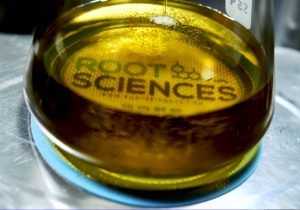 Cannabis and hemp nano-emulsions boast many advantages over traditional extracts for use in the manufacturing process of THC and CBD infused edibles, beverages and topicals. Infused products created with Root Sciences’ nano-emulsions kick in faster provide a much faster uptake in the body than traditional edibles, delivering a stronger, purer and more precise dosage. A much cleaner taste is also a huge benefit. This is due to the proprietary encapsulation and micronization technologies at the heart of nano-emulsification, which vastly
increase the bioavailability of the active ingredients, cannabinoids. 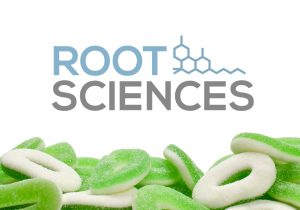 Imagine a bottle of vinaigrette and how, after you shake it, the oil slowly separates from the vinegar. Similarly, cannabinoids are hydrophobic compounds, meaning that they will not dissolve in water, and will separate if mixed. The more you mix an emulsion, the smaller the droplets of oil will become – to an extent, of course. After mixing, the small droplets will slowly merge, until the two liquids completely separate. In general, the smaller the droplets become, the longer this process will take. To help stabilize an emulsion, frequently surface-active substances (called surfactants or emulsifiers) are added, which form a protective shell around the dispersed oil droplets. The surfactants not only help to prevent the coalescence or merging of oil droplets, but actually help to make the droplets smaller as well. Root Sciences’ process also incorporates a proprietary blend of emulsifiers, which have been optimized to allow the distillate to truly transform into an incredibly stable emulsion instead of something that would eventually separate again, just as oil and vinegar do. The dispersed oil droplets in the emulsion are then micronized (reduced in size) to less than 1/1000th the thickness of a human hair. This is accomplished by the efficient application of high-pressure energy to force the emulsion through a specifically engineered homogenizing valve under high-shear conditions. These forces cause the oil particulates to break apart into the smallest size possible by any technique, down into the nanometer range. 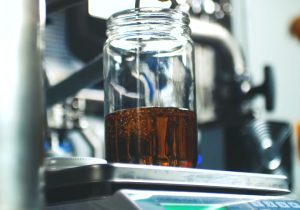 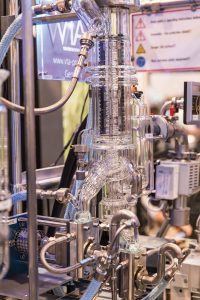 What is Bioavailability?
Bioavailability is a measure of how much and how quickly a
substance is delivered to its receptor and is thus able to have an effect. In essence, it describes how efficiently your body can absorb an active ingredient. Depending on the type of infused product, bioavailability of traditional formulations can be as low as 4%, but by taking advantage of nano-emulsion technology, infused products can achieve a bioavailability as high as 90%. This means that onset time is measured in minutes, not hours, and the same dosage will produce a more pronounced effect. The enhanced bioavailability of Root Sciences nano-emulsions is a direct result of the proprietary blend of surfactants and the extraordinarily small average particle size achieved through their process. The pharmaceutical industry has been using similar technology for decades to increase bioavailability rates in medicine and now, thanks to Root Sciences, this technology is making its debut in the cannabis industry.

What is an adsorption curve?
In pharmacokinetics, adsorption refers to the movement of an active substance into the bloodstream. Once in the bloodstream, the substance is delivered to its target receptor, where it can create an effect. You can think of an adsorption curve as describing how high you feel over time after consuming cannabis. With traditional edible formulations, adsorption curves, like bioavailability, can vary widely. Some edibles with poor bioavailability can cause very slow uptake of THC, meaning the customer will actually continue to absorb THC even over twelve hours after ingesting the product.

This results in a groggy feeling the next day, which can be uncomfortable and undesirable. A poor adsorption curve can be disadvantageous for many reasons, most notably because it makes the experience of the end user unpredictable and highly variable. It can also cause increased first-pass metabolism of THC by the liver, leading to the formation of excessive amounts of 11-OH-THC, a metabolite of THC that is 4-5x more psychoactive than THC and is often attributed to anxiety and nausea after consuming an edible. Edibles created with a cannabis nano-emulsion have a much higher bioavailability, resulting in a narrower adsorption curve. This means that it takes less time to feel the onset of the edible, and that the user has a cleaner, more enjoyable experience, with less undesirable after-effects the next day. Because the adsorption rate is so much higher than conventional edibles, a smaller dose of cannabinoids will feel like a significantly higher dose of a traditional edible.

What is the Take-a-Way?
Root Sciences originally made a name for themselves back in 2016 when they revolutionized cannabis distillation technology. Today, they continue to push boundaries with the latest release in their equipment line, cannabinoid nano-emulsification technology.

Nano-cannabinoid edibles are superior in a number of areas:

1. It’s easier to incorporate them into the formulation of edibles.

2. They possess a higher degree of bioavailability and a greater therapeutic
effect.

4. Only a fraction of the conventional dosing is required in manufacturing.

Nano-emulsified cannabinoids greatly improve the homogeneity of cannabinoid content within each batch of edibles produced, meaning that cannabinoids are evenly dispersed across the entire edible, and not simply coating the surface. This results in more accurate dosing of edibles, improving the quality and consistency of the user experience.

Traditionally, formulating products with cannabinoid concentrates were challenging because they were viscous, hydrophobic substances, which are incompatible with water. Poor water solubility results in low bioavailability, which means consumers need higher doses than would otherwise be necessary.

The result is higher potency edibles that come on faster and require less active ingredient for an equivalent dose, improving user experience and decreasing costs. For those of us that like to eat edibles, this means we can spend less on a smaller amount and still get the same effect. Root sciences has the means to produce edibles that are exponentially more than three times as effective at a fraction of the price… most would agree: That’s a pretty big game changer.

Want to know more about Root Sciences and the products they offer? Visit booth # C3012 at MJBizCon December 11th through the 13th at the Las Vegas Convention Center, or contact Root Sciences directly for more information at www.rootsciences.com.