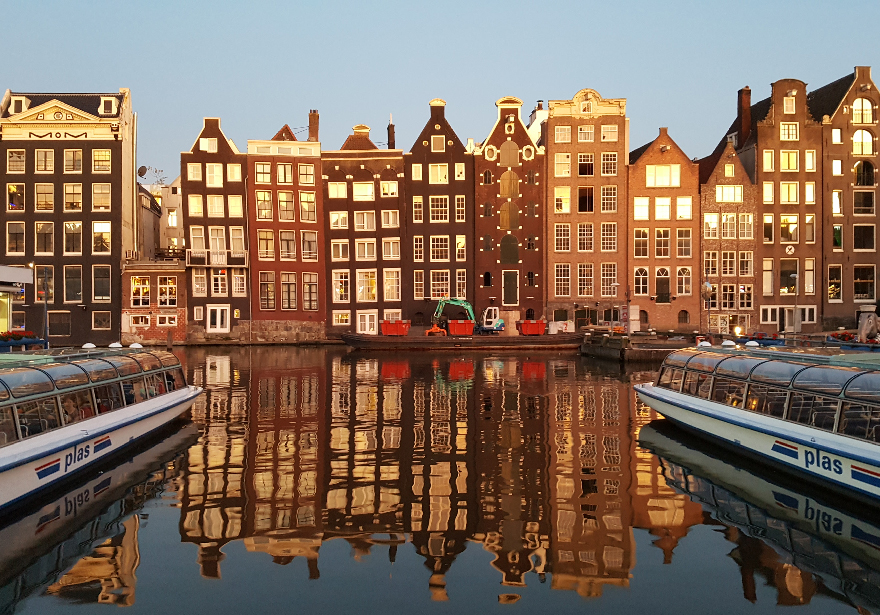 Times are changing in the once friendly land of the Dutch! Gone are the days of walking down the red light district and looking at sex workers in window displays and soon, the potential end of cannabis cafes. Effective April 1, 2020, tours to the area have been banned under the threat of a $200+ fine to the tour guides. If locals have it their way, cannabis café’s will be a thing of the past as well. Why? Well, Amsterdam is just frankly getting tired of all the visitors ruining their beautiful countryside and is trying to get us to stop coming, or at least slow us down.

After the publishing of their “Prospective 2030” report, Netherlands travel officials made the decision to withdraw as an official “Travel destination”. Instead, Dutch officials will focus on “destination management” instead of “destination promotion”. The document outlines that if action isn’t taken the capital will be severely impacted by “visitor overload”. Solutions listed include dissuading “nuisance” visitors by either limiting or completely shutting down “accommodation and entertainment products”.

According to a CNN article, during a recent survey of 1,100 tourists to the city famous for its liberal laws which include legal prostitution and cannabis cafes, the question was asked: “what would happen to the willingness of tourists to visit Amsterdam if either the availability or accessibility of one or more of these factors should reduce or disappear?” The tourists questioned where between the ages 18-35 and who had or were visiting the Red Light District.

72% of those interviewed had said that they had visited a café in Amsterdam. 57% of the tourists said coffee shops are an important reason for their visit. 34% said they’d come to Amsterdam less often if they weren’t able to visit coffee shops, and 11% said they wouldn’t come at all.

The mayor’s survey questioned visitors about whether they’d pay an entry fee to visit the district, 32% said they would stop coming altogether and 44% said they would visit less often if they had to pay. Only 1% of those surveyed mentioned window prostitution as the reason for their visit.

There has been a big movement in trying to curb the influx of visitors in recent years. Amsterdam has always been a popular tourist destination, but with the dropping price in air fares, more and more people have been coming to the area. Projections say that the tourist number will reach 42 million in 2030, almost ten times the population of the Dutch capitol.

In a separate CNN interview, Ellen van Loon, a partner at Dutch architectural firm OMA, says: “The pressure is very high. We don’t want to turn into a Venice. The problem we are currently facing is that Amsterdam is so loved by tourists, we just have so many coming to the city.” The Dutch economy gains $91.5 billion dollars from tourism.

One of these measures is a “residence only” restriction to Cannabis cafes that a Dutch judge ruled as legal in 2012. As reported by BBC News, the order allows establishment owners to ban tourists from their places of business. Currently, the ban exists in Maastricht in the southern part of the country. Weed is still illegal in the country, authorities choose to openly ignore it, only prosecuting those in possession of more than five grams. The “Gedogen” approach, which basically means “to look the other way”, has been applied to cannabis use in the Netherlands since 1976.

It’s not the laid back attitude towards sex and weed that has made Amsterdam a must when it comes to travel, the survey actually revealed that the bans might not due much to curb the influx of visitors at all. The survey shows that it’s the Dutch lifestyle itself that tourists find so attractive. Scenic landscapes, perfect weather, and bike lanes that stretch across a gorgeous countryside is a hard thing to resist. The Dutch are going to have a hard time keeping the secret under wraps now that the word is out on how beautiful a country the Netherlands is, regardless of how good the weed and sex are.