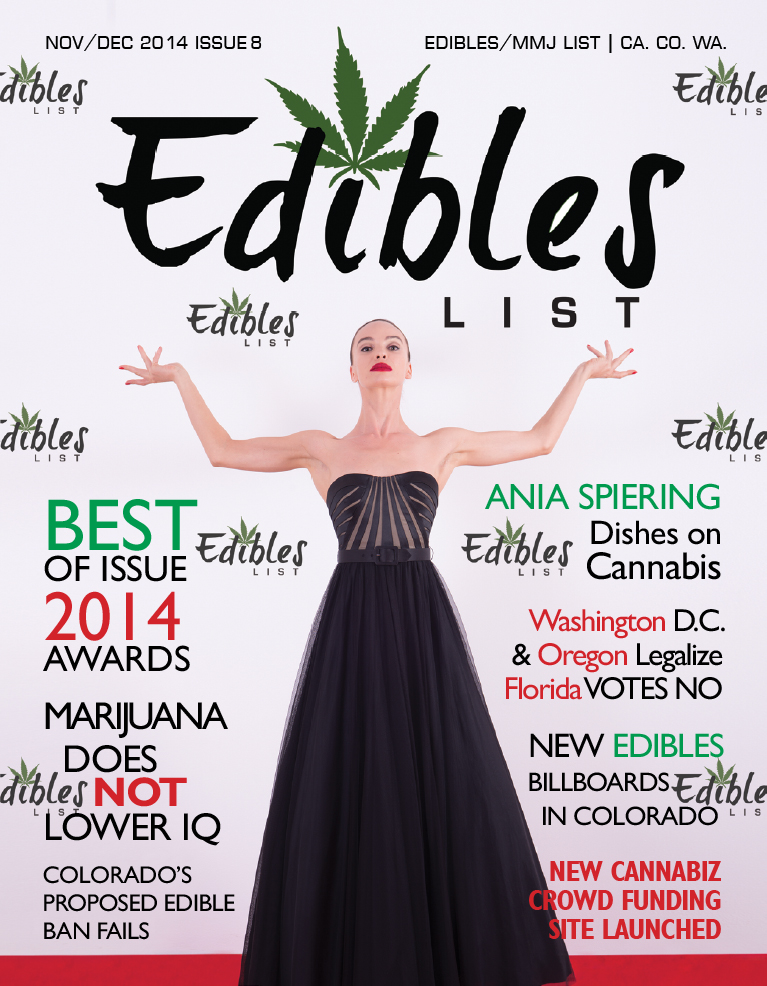 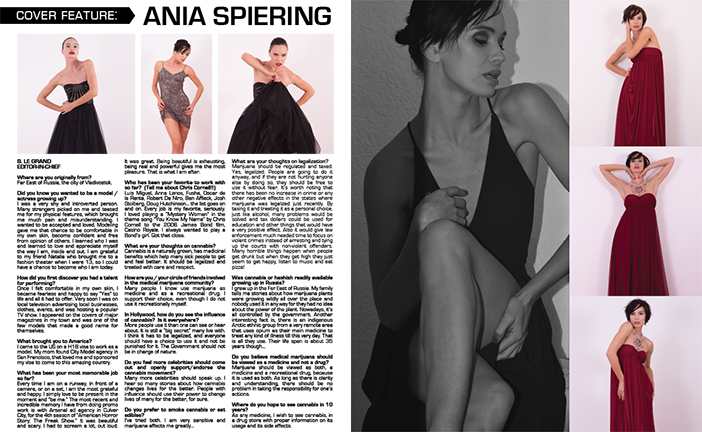 Where are you originally from?

Far East of Russia, the city of Vladivostok.

Did you know you wanted to be a model / actress growing up?

I was a very shy and introverted person. Many strangers picked on me and teased me for my physical features, which brought me much pain and misunderstanding. I wanted to be accepted and loved. Modeling gave me that chance to be comfortable in my own skin, become confident and free from opinion of others. I learned who I was and learned to love and appreciate myself the way I am, inside and out. I am grateful to my friend Natalia who brought me to a fashion theater when I were 13, so I could have a chance to become who I am today.

How did you first discover you had a talent for performing?

Once I felt comfortable in my own skin, I became fearless and happy to say “Yes” to life and all it had to offer. Very soon I was on local television advertising local businesses, clothes, events, and was hosting a popular TV show. I appeared on the covers of major magazines in my town and was one of the few models that made a good name for themselves.

What brought you to America?

I came to the US on a H1B visa to work as a model. My mom found City Model agency in San Francisco, that loved me and sponsored my visa to come to this amazing country.

What has been your most memorable job so far?

Every time I am on a runway, in front of a camera, or on a set, I am the most grateful and happy. I simply love to be present in the moment and “be me.” The most recent and incredible memory I have from doing promo work is with Arsenal ad agency in Culver City, for the 4th season of “American Horror Story: The Freak Show.” It was beautiful and scary. I had to scream a lot, out loud. It was great. Being beautiful is exhausting, being real and powerful gives me the most pleasure. That is what I am after.

Who has been your favorite to work with so far? (Tell me about Chris Cornell!!)
Luis Miguel, Anna Lenox, Fusha, Oscar de la Renta, Robert De Niro, Ben Affleck, Josh Stolberg, Doug Hutchinson… the list goes on and on. Every job is my favorite, seriously. I loved playing a “Mystery Woman” in the theme song “You Know My Name” by Chris Cornell to the 2006 James Bond film, Casino Royale. I always wanted to play a Bond’s girl. Got that close.

What are your thoughts on cannabis?

Cannabis is a naturally grown, has medicinal benefits which help many sick people to get and feel better. It should be legalized and treated with care and respect.

How are you / your circle of friends involved in the medical marijuana community?

Many people I know use marijuana as medicine and as a recreational drug. I support their choice, even though I do not use it recreationally myself.

In Hollywood, how do you see the influence of cannabis? Is it everywhere?

More people use it than one can see or hear about. It is still a “big secret” many live with. I think it has to be legalized, and everyone should have a choice to use it and not be punished for it. The Government should not be in charge of nature.

Do you feel more celebrities should come out and openly support/endorse the cannabis movement?

Many more celebrities should speak up. I hear so many stories about how cannabis changes lives for the better. People with influence should use their power to change lives of many for the better, for sure.

Do you prefer to smoke cannabis or eat edibles?

I’ve tried both. I am very sensitive and marijuana affects me greatly…

What are your thoughts on legalization?

Marijuana should be regulated and taxed. Yes, legalized. People are going to do it anyway, and if they are not hurting anyone else by doing so, they should be free to use it without fear. It’s worth noting that there has been no increase in crime or any other negative effects in the states where marijuana was legalized just recently. By taxing it and treating it as a personal choice, just like alcohol, many problems would be solved and tax dollars could be used for education and other things that would have a very positive effect. Also it would give law enforcement much needed time to focus on violent crimes instead of arresting and tying up the courts with non-violent offenders. Many horrible things happen when people get drunk but when they get high they just seem to get happy, listen to music and eat pizza!

Was cannabis or hashish readily available growing up in Russia?

I grew up in the Far East of Russia. My family tells me stories about how marijuana plants were growing wildly all over the place and nobody used it in any way for they had no idea about the power of the plant. Nowadays, it’s all controlled by the government. Another interesting fact is, there is an indigenous Arctic ethnic group from a very remote area that uses opium as their main medicine to treat any kind of illness till this very day. That is all they use. Their life span is about 35 years though…

Do you believe medical marijuana should be viewed as a medicine and not a drug?

Marijuana should be viewed as both, a medicine and a recreational drug, because it is used as both. As long as there is clarity and understanding, there should be no problem in taking the responsibility for one’s actions.

Where do you hope to see cannabis in 10 years?

As any medicine, I wish to see cannabis, in a drug store with proper information on its usage and its side effects.

BY B. LE GRAND