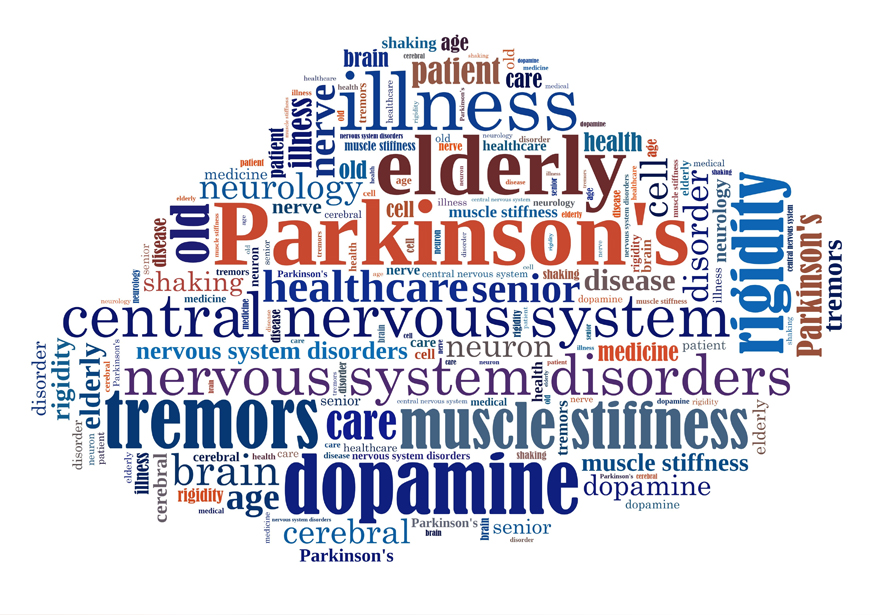 Parkinson’s Disease (PD) is a motor system disorder classified as a progressive neurological disease which occurs when neurons in the basal ganglia degenerate, causing a shortage of dopamine production. This results in the impairments in movement associated with the disease. Parkinson’s typically affects men over 60, but — as Michael J. Fox has unfortunately proven — can afflict significantly younger adults.

Historically, cannabis has been used to treat PD as far back as the 19th Century, despite the fact that doctors were unaware of cannabinoids and no clinical studies had been conducted. Patients with a variety of similar neurological disorders, such as multiple sclerosis, dystonia, and epilepsy have been found to gain significant benefit from the use of cannabis.

Can the same be said of Parkinson’s?

While the cause of Parkinson’s remains unknown, it is tied to the untimely death of specialized cells in the brain that produce dopamine and results in a lack of coordination, poor motor function, and difficulty walking.

The primary symptoms of Parkinson’s Disease include:

Cannabis has been found to treat not only the shaking and rigidity that accompany Parkinson’s, but also the depression that typically results. Tetrahydrocannabinol (THC) and Cannabidiol (CBD), the primary cannabinoids (active therapeutic chemicals) found in cannabis, are known to control spasms, reduce inflammation, and prevent further neurological damage.

According to one study, smoking cannabis significantly reduced the tremors associated with PD, improved sleep, and reduced pain in patient participants. In the sames study, “no significant adverse effects were observed.” This suggests that cannabis might have a place in the therapeutic armamentarium of PD. It demonstrates that although the best neuroprotective treatments for PD are not known, the endocannabinoid system may be the most promising target for further studies and research.

This is all perfectly logical when one considers that research reveals that PD sufferers show naturally elevated levels of endocannabinoids, chemicals produced by the body that help maintain a healthy nervous system — among many other functions.

In fact, the cannabinoids found in cannabis mimic endocannabinoids and can be thought of as a supplement to the effort of a PD patient’s body to fight the disease. One study found that some Parkinson’s patients showed endocannabinoid levels that were twice that of non-PD sufferers. While more research is needed, this suggests that cannabinoids, whether derived externally from cannabis or internally from one’s endocannabinoid system, have true therapeutic value in the treatment of PD.

Because cannabis has been found to effectively treat other neurological diseases, it makes sense that it might also be an effective treatment for tremors and other motor impairments. In addition to treating the symptoms of Parkinson’s, cannabis is also believed to be an effective treatment for the disease itself. The cannabinoids found in marijuana that impersonate the body’s endocannabinoid system “are highly regarded for their antioxidant and neuroprotective properties, which scientists believe may have a direct application in slowing the progression of Parkinson’s.”

Because it provides relief for not only multiple symptoms of Parkinson’s, but also the core disease itself, many doctors and researchers are optimistic about the role of cannabis in the treatment of PD. Recent research also reveals that sufferers have gained more relief after having used cannabis to treat their disorder for at least two months. This has lead researchers to conclude that “it is very unlikely that [their improvement] could be attributed to a placebo reaction.”

According to Paul Armentano at NORML, most patients afflicted with Parkinson’s are unaware that marijuana can ease their symptoms and slow the progress of the disease. Despite this, those who have self-medicated with cannabis label it one of the “most effective” alternative treatments available.

Strains reported to be especially effective for Parkinson’s include:

Although varieties high in CBD are often recommended for their ability to decrease pain and allow patients to sleep, strains high in THC have also been found to deliver therapeutic benefits, especially the treatment of anxiety and depression.