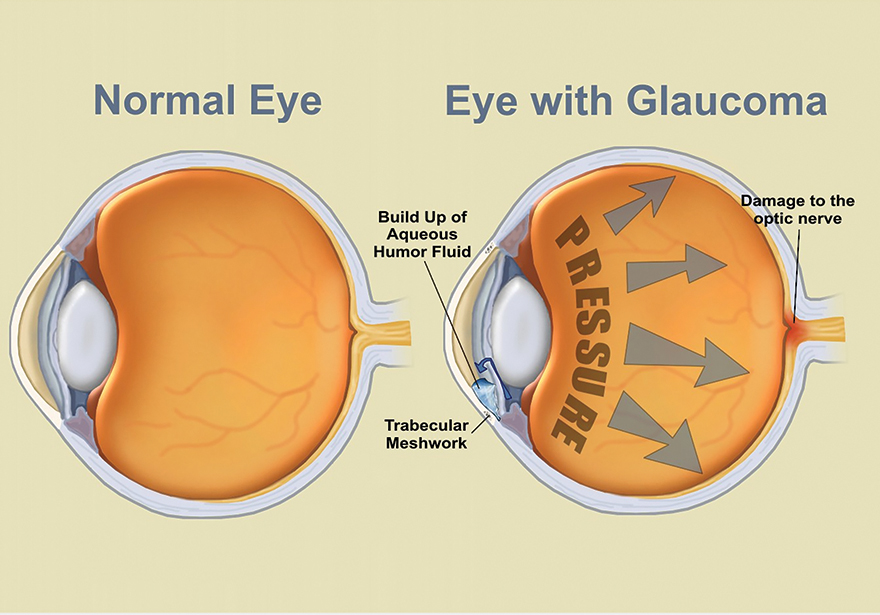 Glaucoma is the second leading cause of blindness in the world. Over 60 million worldwide suffer from glaucoma. It is a complicated disease in which the optic nerve leads to progressive, irreversible vision loss.

There are several types of glaucoma including the most common two; primary open-angle glaucoma (POAG) and angle-closure glaucoma (ACG). Medical marijuana has been used as a treatment for glaucoma by patients for many years in the United States, however due to the stigmas and legalities surrounding cannabis, aging Americans have not widely accepted it as a treatment, yet.

Medical marijuana has always been promoted as a treatment for a laundry list of diseases and symptoms including glaucoma. Though the plant is currently classified as a schedule I drug citing that is has no medical benefits to it – this is simply not true.

The primary goal in treating glaucoma is to reduce the levels of intraocular pressure (IOP). Currently, the main techniques in accomplishing this are medications and eye drops, laser treatments, and surgery. However, smoking cannabis has been definitively proven to lower IOP as well. The idea that marijuana can be helpful in treating glaucoma dates to the 1970s. Studies conducted then showed that smoking marijuana lowered the IOP of people with glaucoma.

Unfortunately, glaucoma needs to be treated 24 hours a day and the effects of cannabis only last 3-4 hours, meaning that one would need to consume cannabis 6-8 times a day. The problem with this is that right now there is very little actual data on how much cannabis must be consumed each time for it to effectively lower IOP levels.

Researchers are working to find a more effective method for cannabis to be used in treating glaucoma. In fact, Canasol a cannabis derived eye drop was created in Jamaica by developers including ophthalmologist Dr. Albert Lockhart.

As technology improves, no doubt we will see a far more effective method of treating glaucoma using cannabis.