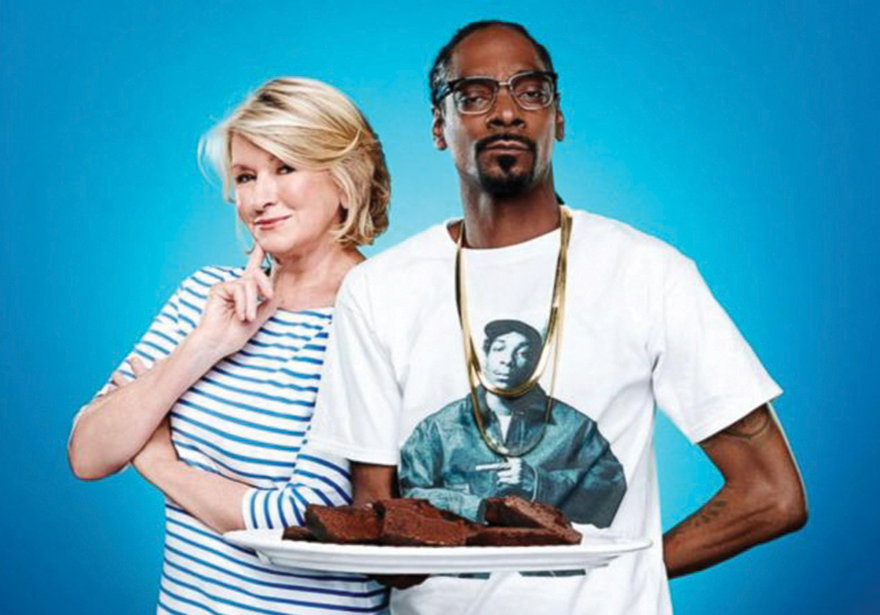 You keep hearing about CBD everywhere. Now it’s REALLY going to be everywhere. From the woman that brought us hemp yarn. Martha Stewart announced her official entrance into the cannabis industry with her partnership with Canada’s Canopy Growth Corp.

She will be helping them develop CBD products, starting with pet products. They will face the same Hemp hurdles in both the U.S. and Canada that everyone else is facing with the quasi legality of hemp CBD products.

Martha Stewart has already made jokes and innuendos participating in the love for cannabis on VH1’s “Martha and Snoop’s Potluck Dinner Party” show. But let’s not forget that this jailbird is a true OG, making brownies with Snoop Dogg on “The Martha Stewart Show” way back in 2015.

Snoop’s camp introduced Martha to Canopy Growth, as they are the producers of Leafs by Snoop. At the end of 2018, Constellation Brands (alcohol giant and owner of Corona), invested $4 billion dollars into Canopy Growth. They are poised to be the leader in disrupting the CBD and hemp space as they plan to launch CBD infused beverages.