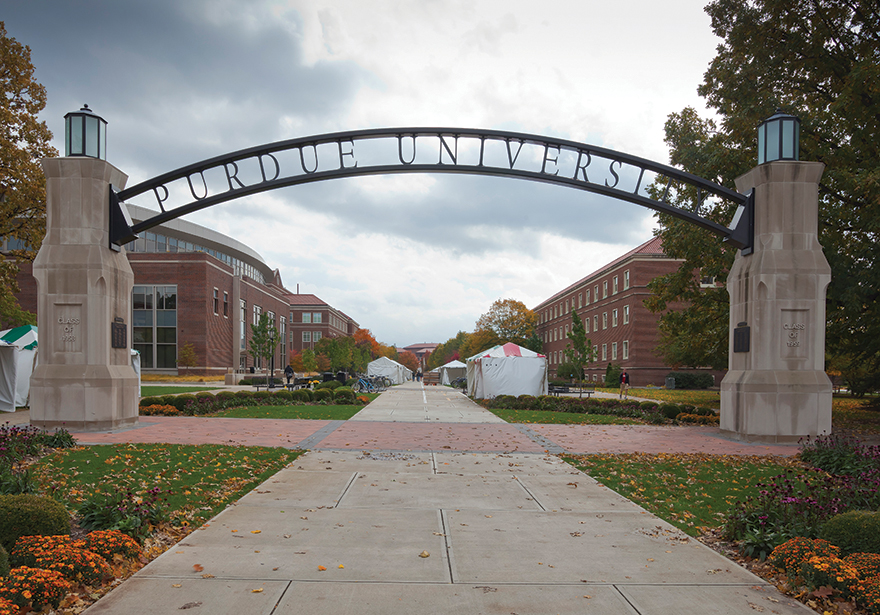 Purdue Agronomy Professor, Ron Turco, recently received State and Federal approval to conduct a three-year study on hemp at Purdue University. His team will research two varieties of the plant to identify its capacity for food and production material. A 50 pound bag of hemp seeds was ordered from Canada to initiate the project with planting to take place on arrival. Over a year ago, Indiana legislators signed into law the commercial growth and research of the versatile industrial hemp plant. However, lack of Federal approval has stalled the growing of the crop for study and research. Turco has reportedly has spent months jumping through hoops in getting the project approved and permitted, even though last year’s Federal Farm Bill re-opened the door for hemp production as a cash crop after nearly a century of prohibition.

Now, States and Universities are allowed to grow hemp for agricultural research – provided that they obtain specific waivers from the DEA. Purdue received their waivers, and should be planting as this article goes to press.

Hemp was one of the first crops harvested by Pilgrims and the first settlers in the country, at George Washington’s request. It became a major crop in the Americas. It is an all-around plant that can be used for thousands of products including paper. It’s seeds have high nutritional value, the fiber can be used instead of wood. It makes strong rope, hemp oil is high in omega vitamins, and the THC level of the plant is so low if you smoked it you would get cancer before getting high, according to Professor Turco.

Most research shows that re-legalization of the crop would be a monetary boom to the country, especially farmers. Thousands of trees would be saved, it could provide food and medicine, as well as clothing, wood and even concrete replacement, the list goes on and on.

The drawback seems to be people’s correlation of hemp with it’s cousin marijuana, and worried legislators haven’t yet realized positives far outweigh the false negative since smoking hemp doesn’t get you high. It’s a wonder it is still illegal to grow in this country, so we have to import from Canada, or Europe. There are signs the country, especially the Federal government, is slowly warming and waking up to the positives, at least in some states. Others are surely to follow.