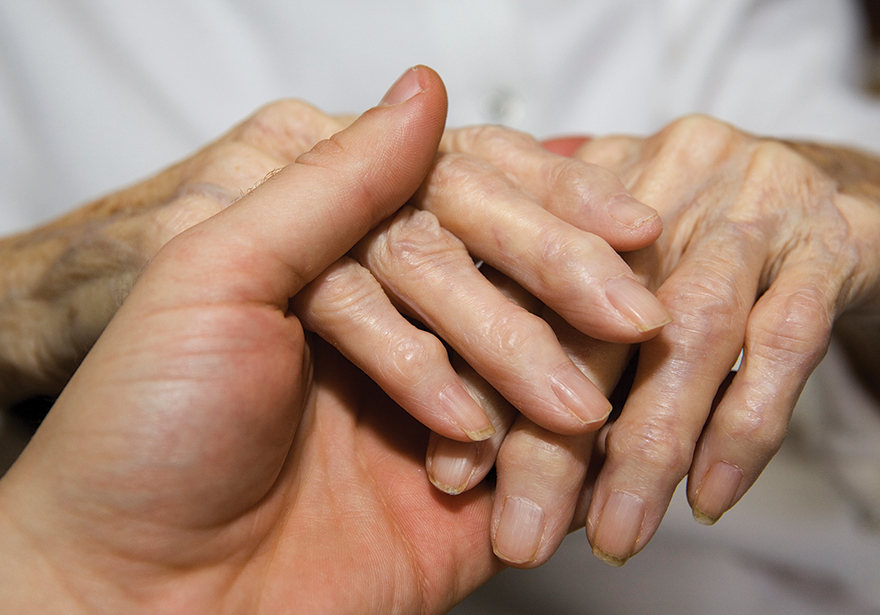 A new study published by the National In-stitute of Health has found that cannabinoid receptor activation – something done naturally by cannabis – may provide a treatment for rheumatoid arthritis. Rheumatoid arthritis is a long-term disease that causes inflammation of the joints and tissues.

“Recent studies have suggested immunomodulatory and anti-inflammatory effects of cannabinoid receptor 2 (CB2R) activation”, states the study’s abstract. Despite these recent studies, researchers say that the connection between these cannabinoid receptors and rheumatoid arthritis has been much less observed, leading them to conduct this study. According to their researchers, data suggests that “CB2R may be a potential therapeutic target of RA [rheumatoid arthritis].”

The study will appear in the Oxford journal Rheumatology. and was conducted by researchers at Changhai Hospital, the Second Military Medical University and Shanghai Guanghua Hospital, all in China.

Marijuana supporters have long argued that the plant’s active ingredients, known as cannabinoids, are safe and effective treatments for pain, nausea, and other ailments. The most active cannabinoid—delta-9-tetrahydrocannabinol, or THC—is known to have anti-inflammatory properties. But it is also responsible for the plant’s psychotropic effects. Now researchers say that another cannabinoid, called beta-caryophyllene, or (E)-BCP, helps combat inflammation without affecting the brain. (E)-BCP is already part of many people’s daily diets, the researchers note. Foods that are particularly high in the compound include black pepper, oregano, basil, lime, cinnamon, carrots, and celery. Essential oils from cannabis plants—whose leaves and flowers are used to make the marijuana drug—contain up to 35 percent (E)-BCP.

But even after decades of cannabis research, scientists hadn’t previously known that the compound had anti-inflammatory properties. “This is because the focus was on the classical cannabinoids [rather than (E)-BCP],” said lead study author Jürg Gertsch of the Swiss Federal Institute of Technology.

Cannabinoids in marijuana are known to primarily affect two of the many molecular receptors in the human body. The CB1 receptor is found in the brain and central nervous system and is responsible for the high people experience when they smoke pot.

The other receptor, called CB2, is found in tissues in the rest of the body and triggers a cascade of biochemical reactions that can help combat inflammation. “Our interest is to exploit the pharmacological nature of the CB2 receptor,” because it does not have psychotropic side effects, Gertsch explained in an email.

“Targeting the CB2 receptor could be a therapeutic strategy to prevent or treat diseases like Crohn’s disease [inflammation of the intestinal tract], liver cirrhosis, osteoarthritis, and atherosclerosis.” THC activates both receptors, so it won’t alleviate inflammation without also making people high. But (E)-BCP affects only the CB2 receptor, according to the new study, which appears in today’s issue of the Proceedings of the National Academy of Sciences. As part of their research, the scientists engineered a strain of mice that lacked the CB2 receptor. The team then fed the modified mice and normal mice a diet rich in (E)-BCP. When the scientists induced inflammation with chemicals, normal mice experienced an anti-inflammatory effect while the genetically engineered mice did not. “This experiment shows that the anti-inflammatory effects are mediated via the CB2 receptor,” Gertsch said.

Stephen Safe, director of the Texas A&M University’s Center for Environmental and Genetic Medicine, said he is impressed by the team’s results both in mouse cells and in live mice. “They did a good study,” said Safe, who was not involved in the research.

He also noted that a lot of other studies have been finding that fat-soluble chemicals from plants activate many receptors in the body. “A lot of these [come from plants that] have been used in traditional medicine,” he said. “This is another example of that—but a bit of a sexy one.” In this case, he noted, Gertsch’s team has identified some “petty good” activators of the CB2 receptor. “Can they be further developed and modified into better anti-inflammatory drugs?” he asked. “Maybe. [(E)-BCP] could be a new model [compound] for drug design.”

MedlinePlus, the National Library of Medicine’s online Medical Encyclopedia, stated as of May 15, 2006:

• Arthritis is inflammation of one or more joints, which results in pain, swelling, and limited movement.
• Osteoarthritis is a common type of arthritis characterized by a gradual loss of cartilage from the joints. Although osteoarthritis can affect almost any joint, it most often affects the hands, knees, hips, and spine. Common symptoms include pain, stiffness, some loss of joint motion, and changes in the shape of affected joints.
• Rheumatoid arthritis is a chronic autoimmune disease, mainly characterized by inflammation of the lining, or synovium, of the joints. It can lead to long-term joint damage, resulting in chronic pain, loss of function and disability