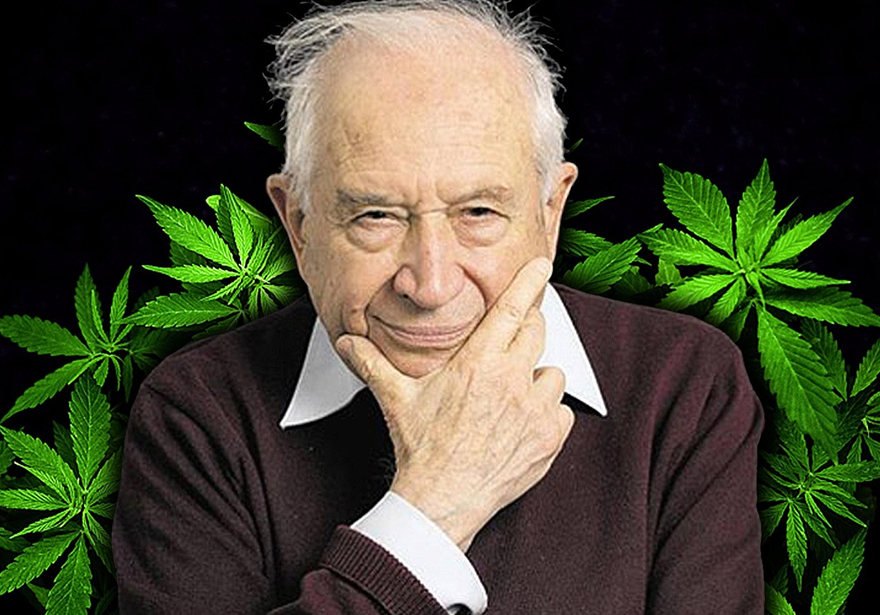 Recently in Las Vegas, Nevada at the informative Marijuana Daily Business Show, the new film “The Scientist”, directed by Zack Klein and produced by Klein and Klinik Productions was premiered. The dynamic documentary shares the story of Doctor Raphael Mechoulam and his decades of research on cannabis and its healing properties. I was fortunate to view the film and then meet and spend time with the director, Zack Klein and his journey on creating this fascinating and inspiring film. “The Scientist” brings to the forefront the first factual knowledge of scientific aspects of endocannabinoids, cannabis and medical science.

Dr. Mechoulans spirit and humanistic personality comes across within the film while staying on the path of factual data and unrelenting focus of the true benefits of cannabis and the effect in the human body. In the 1960’s Raphael was led by a passion to continue for half a century experiments and breakdowns of the compounds that make up the endocannabinoid elements of the cannabis plant. We learn was it respected centuries ago as a medicinal relief, only to have it be revolted within the past century time line. Those of us have experienced, that the plant would be vilified in most every nation on earth, starting in the 1930’s, only now to finally start to be recognized once again as having active compounds that would be revered as true icon of medicine in this present day.

In the film it shows us that through Dr. Mechoulam’s research and documentation the remarkable success of cannabis therapy. With so much convincing data it paved the way for the health officials in Israel to propose the world’s largest state-sponsored medical cannabis program. At this time Doctor Raphael Mechoulam is heralded as “The Grandfather of Cannabis Research”.

A biochemist, Raphael Mechoulam was born in 1930 in Sofia, Bulgaria, where his father was a physician in private practice and also head of the Jewish Hospital. Raphael was a child during the war and when anti-Jewish laws were enacted and the family moved to a series of small villages where a doctor was needed and respected. The family did eventually find themselves in a concentration camp and were released after young Mechoulam father assisted in saving people from a fire within the camp.

Following World War II, the Mechoulams immigrated to Israel. After a stint as a land surveyor, Mechoulam spent three years in the Israeli Army, which had him doing research on insecticides. He received his doctoral degree from Hebrew University “on the topic of natural products related to biological problems.” After doing post-doctoral research at the Rockefeller Institute in New York, Mechoulam took a position at the Weizmann Institute in Rehovot, which is where he and Gaoni (another important scientist) isolated the compounds in hashish. Mechoulam joined the Hebrew University faculty in 1966.

In how he first decided to focus on cannabis research, it seems it was a chance of convenience. Mechoulam was directed to choose a topic not already being pursued by any major research groups and at that time no one wanted to tackle the benefits of cannabis. He first identified the chemical structure of CBD and THC (cannabidiol and tetrahydrocannabinol) in 1963 and 1964, respectively. The next monumental break-through came in 1988 where “The Scientist” found that the human brains and bodies have specific receptors for cannabis molecules. Amazing that our bodies have the capabilities to make our own cannabis internally! The next step was to begin the connection for human-generated cannabis molecules, and in 1992 the first was revealed: anandamide, regulator of the immune and nervous systems.

This is a major film to come out that has the possibilities to transform the general public’s perception of cannabis. We know that many films and documentaries have messages, but Zach Klein had a quest and goal to demystify the use of cannabis within the human body and share what was being done in Israel with the world. His heartfelt storytelling interjected with, cartoon, animation, sweet quirky love story of Mechoulam and his wife Dahlia, brings a life….long passion to the audience with purpose and meaning. Part of the film takes place in the simple, homey Jerusalem apartment where the Mechoulam’s reside since 1966, as well as the infamous lab at Hebrew University, where the discoveries took place at. Impromptu rides in his seemly gas efferent car to and from work, and at a meeting of the International Cannabinoid Research Society transcend the film to a down to earth presentation that is to some earth shattering!

To some reading this review, I could be preaching to the choir and to others this could be pushing their buttons. So for myself and cohorts from the pulpits, we may be feeling the rejoicing coming to the surface as the light at the end of the tunnel of prohibition is near. The birth of awareness that was kept quiet for too long as those suffered unmercifully maybe coming to an end with “The Scientist”. Many of us know the true benefits as well as the possibilities for the future and if you have the chance to view the film please take the time to watch and hopefully share with others the truth and message.

This is documentary filmmaking to be inspired by, congratulations to Zach Klein, Klinik Productions and to Dr. Raphael Mechoulam for a story well told. If you have the opportunity view this film may the visuals of cinema continue to expand your horizons in mind, heart and spirit.
__

Keiko Beatie is a Cannabis Holistic Health Practitioner, Producer, Director and Chef. She works with Hemp Radio and is the o-Founder of the US Weed Channel.