How did this all happen? A teenager brought home CBD infused edibles and his father, who was a member of law enforcement used his connections to incite Operation Candy Crush. It was an extremely calculated, highly organized sting raiding 23 stores simultaneously.

The District Attorney’s office filed petitions to declare the businesses public nuisances and attempted to have them closed permanently. Additionally, Officials charged 21 store owners with felony drug charges. Tennessee has its own Schedule of Controlled Substances where in addition to cannabis qualifying as Schedule I Federally, it is categorized as Schedule VI in the state. 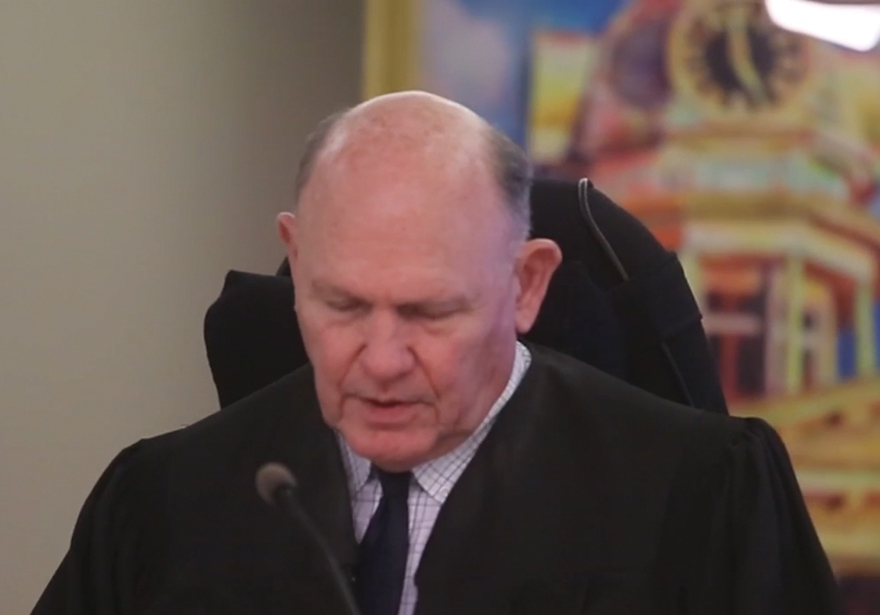 Judge Royce Taylor dissolved the order to temporarily shut down the businesses, citing that industrial hemp falls under a different statute of classification and that the CBD products needed to be tested to determine if they were made from marijuana.

In the end, the Tennessee Bureau of Investigation (TBI) was unable to prove the source of the cannabidiol, whether it came from industrial hemp or marijuana. Under a state pilot program, farmers can legally grow hemp in Tennessee.

On February 28th, DA Jones announced the decision to drop all charges, in part blaming the limitation of the TBI forensic lab capabilities.

Now there is confusion between the DA’s offices and the TBI as to who was responsible for the accusations of selling illegal CBD products. In a statement, Jones said his case was based on lab reports from the TBI, that were not “written properly”. He now admits findings were not as conclusive as he once believed.

In response, the TBI insisted the limitation of their lab’s reports were always made clear to the DA and that any action he took after receiving them was of his own volition.

“It is inaccurate for the local stakeholders in these cases to assert they made decisions in this case unaware of the limits of our forensic work,” TBI spokesperson Josh DeVine said in an email Thursday.

He continued, “In the midst of this process, we clearly explained – in detail – the limitations of our analysis to all stakeholders. We did so to ensure they fully knew that, though we could identify CBD, we were not able to identify its origin.

During the recent news conference on these cases, General Jones acknowledged himself that a substance being identified as a particular schedule does not make it inherently illegal. The circumstances of the possession or transfer – as determined by the local law enforcement agency and interpreted by the District Attorney General – make something ‘illegal’.

Again, to be clear: TBI lab reports objectively determine the compound present, but in no way are statements of compound origin, circumstances of possession, or guilt or innocence. Though we identified the substance and the relevant schedule, we made no determination about the legality of the substance or the circumstance in Rutherford County. That was a decision solely made — as in all cases — by the local agency and District Attorney General.”

The motion to dismiss the indictments clearing the store owners’ records, doesn’t compensate for the damage and loss of business incurred by the unlawful raids.

Kevin Latta, the attorney for the owner of Vapesboro, the store that served as the backdrop for the announcement of Candy Crush, says this all could have been avoided instead of sending officers in with masks, guns, and padlocks.

“There has been some wisdom in neighboring judicial districts where attorneys general have done things like communication instead of intimidation and they have received one hundred percent compliance for the cost of a postage stamp for the untold tens of thousands of dollars here in Rutherford County was unable to accomplish at the end of Candy Crush,” said Latta.

Enchanted Planet owner Lewis Berbert says, “We’ve been here in Middle Tennessee for more than 25 years.” All of a sudden his eclectic store was raided, padlock, and he was thrown in jail.

A thief broke into the Last Stop Market during the time it was under order to remain closed. Store clerk Jacklyn Ryder told a local TV news station she was working when the store was raided. Deputies denied her request to set the store’s alarm before they left, she says.

“Our store was left unalarmed for four days while we were closed down because of this,” said Ryder.

The thief stole more than $600 from a change machine and some beer, forcefully breaking in through the store’s back door. The store received extensive damage in the break-in. Ryder said the store’s owner may file suit, a sentiment she agrees with.

“I feel not only him. I feel like every store that suffered should file a lawsuit because they have families too,” Ryder said. “I went four days, that’s about $400 out of my check that I don’t have because of some allegation that’s not true.”

Other store owners say that they are also planning a civil suit in response to the raids and store closures. Throughout their ordeal, the businesspeople had stuck together, pledging not to plea bargain.

“This has caused an enormous cost to all the store owners,” store owner Stacey Hamilton said. “I don’t think they’ll apologize in nearly as public a way as they condemned us as drug dealers.”