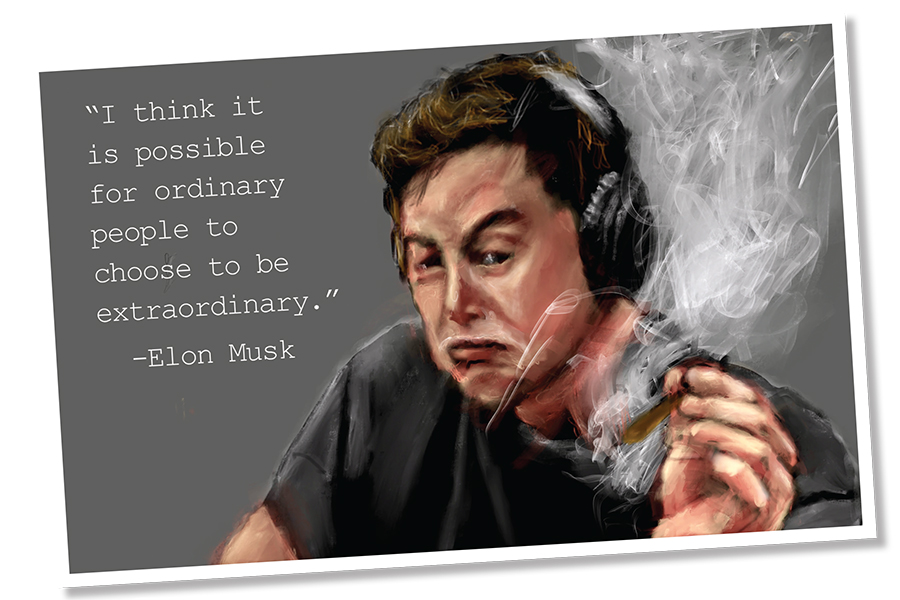 My uncle, Raymond Howell, was the artist of the family. I remember helping him set up at shows, going to gallery events, and visiting his work in museums. At this point in my life, I never even considered drawing let alone painting a picture. My creative outlet was music. I started playing piano at the age of three by ear. By the time I was in high school, I was playing for different groups and in jazz bands. I took piano lessons on and off throughout my childhood, but never could grasp the concept of reading music. I didn’t find out until later in life that having dyslexia was the reason I couldn’t make out the notes on the paper.

In college, I initially set out to be a surgeon. I was taking premed classes, but had to take a drawing class to complete some credits. I excelled in every aspect of the class except for watercolor. I even started doing charcoal portraits of other classmates outside of class. Whenever I had free time, or a break between classes, I would continue to draw in charcoal. But I still didn’t take drawing as seriously as my coursework. While looking into which medical schools I might want to attend, I found out quickly that the cost was absolutely prohibitive. I still had to make a living, so I segued into IT work.

I feel like I could not have made a better career decision. I started out as a field technician for Rockwell International. Then continued developing as an all-around computer/network engineer at Space Park. Soon I was recruited by a small consulting firm out of Silicon Valley called Client Services and Integration.

Life couldn’t be any better at this point. I was making a ridiculous amount of money, bought a fancy sports car, and was having the time of my life. I had to work in the bay area for about a year. During that time I would spend the evenings with my uncle Raymond painting. He did an excellent job at mentoring me.

My life changed abruptly on November 10, 2002, when I rolled my fancy sports car off a freeway ramp onto a transition road, and hitting a big rig before rolling to a stop. I knew right away that I had broken my neck. I was rushed to USC hospital, flatlined twice, and was put on life-support for three months. They successfully replaced my cervical 6 vertebrate during surgery. After three months, I was transferred to Rancho Los Amigos Rehabilitation Center in Downey California. I really couldn’t move anything so my rehab was more social and educational. I was released to a new apartment with my wife three months later. Together we continue to try to figure out how to maneuver in the medical system to get the help I need. The social aspect of my therapy was the most impactful. I would watch other quadriplegics do amazing things, and would say there’s nothing to stop me from doing the same.

They sent me home with a smorgasbord of meditations. I could not function cognitively. My creative mind was completely shut down. I quit taking medications one at a time. The last hold out was Lyrica. My spinal cord injury causes me to live in excruciating pain. I was terrified of quitting that meditation. I found that Cannabis would replace everything I was on. Now, I smoke flower, use a CBD tincture, and eat edibles at night. That is the winning combination for me.

Over the years I became very active in the disabled community. I even founded a nonprofit with a few buddies of mine called the Pushrim Foundation. We did a series of podcasts interviewing different individuals in the community that were doing extraordinary things and medical professionals .

Rancho Los Amigos has an annual art show. A friend of mine asked me to attend. I really didn’t want to go because I didn’t want to see any work done by disabled people. I figured it would be an applause festival for mediocre work. Boy was I wrong. That show was one of the best I had seen. The art was absolutely incredible. That night, my friend told me he wanted to see my work in the next show.

That certainly lit a fire under my ass. I went out and bought a bunch of painting supplies. Then I had to figure out how to use them. Not having any hand dexterity was an issue. I quickly learned that shoving the brush into my wheelchair gloves would work the same as if I had working hands. That first show was liberating. From there I met other artists outside of the community who came to appreciate my work. They would tell me about other art shows in the area. I eventually applied for the Beverly Hills Art Show and got in. My third time attending that show, I won 3rd place in the painting category.

My art career has flourished. I was granted a fellowship at the Vermont Studio Center. I am now in a couple of galleries in Los Angeles. And I do different shows throughout the year. I still continue to do the Art of Rancho show. 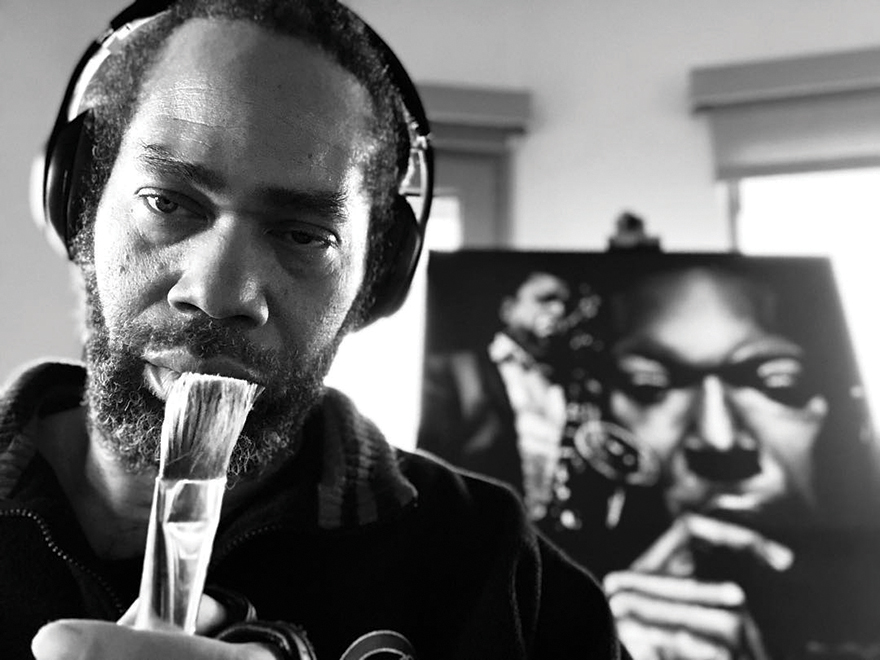