What inspired you to become a Chef?

Cooking and being in a kitchen was built in my genes. My great-grandfather was a cook in Jordan. My grandfather was a world-renowned chef at some of the finest restaurants and country clubs, my mother was a chef and baker becoming a celebrity wedding cake designer, then later becoming the head baker chef at P.F. Changs, then Coffee Bean and Tea Leaf then over to Panera. In my family we basically communicated through different dishes that are made and inspired us to take old recipes and add modern touches
What’s it like being a female in the cannabis industry?

The legal and accepted cannabis industry is a relatively new industry that has blossomed during a generation that has been more accepting of women’s rights and equality. I am always excited to see the large percentage of women being represented in the industry. Further, it seems that most edibles companies have been launched by women so its really feels like a leveled playing field, especially with edibles. 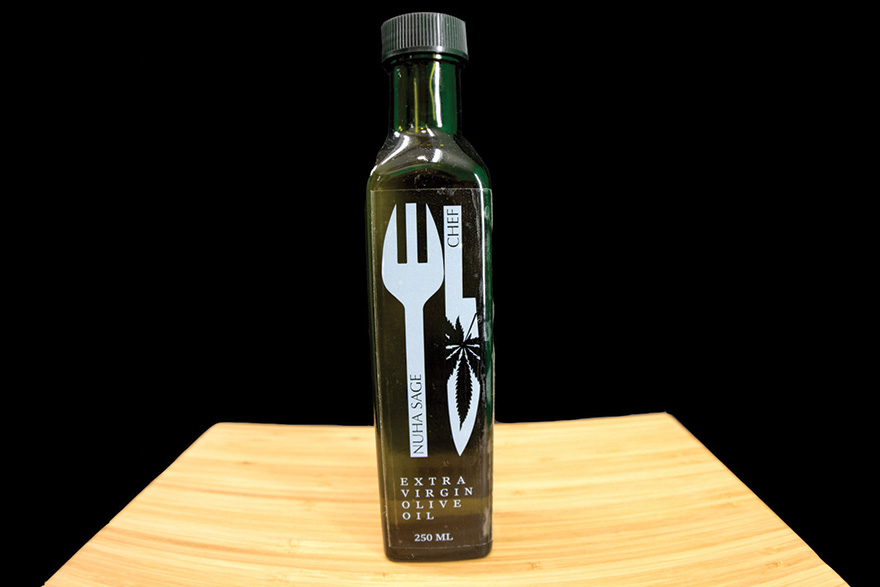 What sets you apart from other cannabis chefs?

I feel what sets me part is that I am a foodie first, a classically trained chef second and a cannabis chef third. My experience in culinary arts and my training at Le Cordon Bleu and my family history of chefs, restaurants and cooking all have had a culinary impact on me.
How does your ethnic background inspire your culinary creations?

My Middle Eastern heritage always is felt in my dishes, especially in developing many meatless options, foods based upon the seasons and healthier options that have been part of Mediterranean cooking for thousands of years. Its seen in my infused my olive oils, where back in Jordan my family grew their own olives and pressed their cold pressed olive oil , in addition to the foray of Mediterranean foods that are always present in my cooking.

Being married to a cannabis attorney who helped draft many local and state ordinances gave us a leg up on licensing, however it was an extremely difficult and expensive process. Gratefully, we now have three fully licensed facilities, two with large commercial kitchens fully vertically integrated with state licenses. However, as more cities open to micro-business licenses I can see that being a more viable option for smaller edibles companies. I would also recommend shared co-op spaces and joint ventures for edibles companies seeking to get into the licensed cannabis market in California.

Its 100% going to destroy mom and pop businesses especially edibles companies. We are already seeing small business failing to the way side due to the costs of entering the legal market, the amount of capital and resources required and the amount of bureaucracy to get through the licensing system.

What was the first time you got high?

The first time I got high was in high school, I was a freshman and I had left early to smoke out with seniors to be cool. I do not recall ever really stopping.

I would say it has reduced as my curiosity and embracing of cannabis for its medicinal and spiritual qualities have surpassed my desire for the euphoria. I really love micro-dosing and have gotten to really be captivated by the other cannabinoid profiles other then THC, but your THCA, THCV, CBD, CBN and CBG. 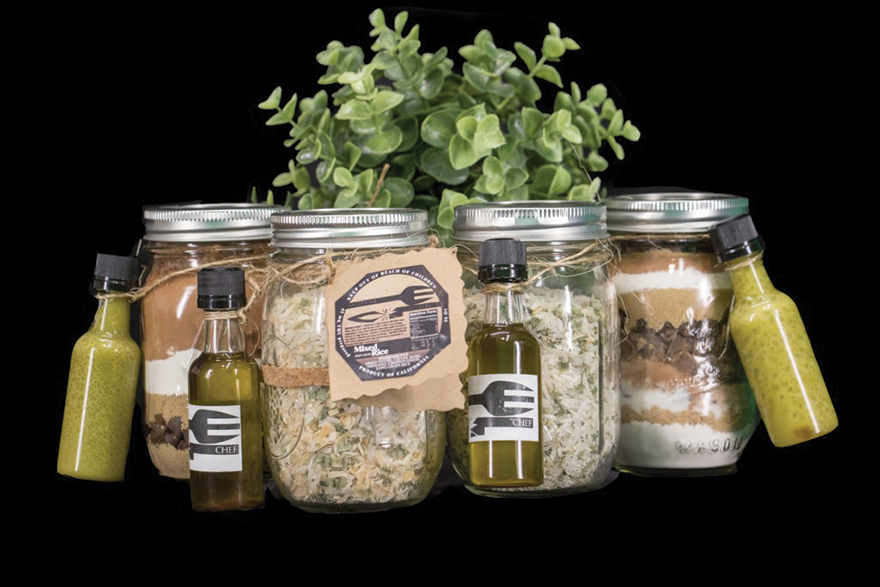 I am still an old school, joint rolling stoner.

What is your infusion process (without giving away your trade secrets)?

For many years it was simply infusing decarboxylated cannabis with butter, and then using the butter in a variety of dishes, simple and easy. For me, I love the taste of cannabis. However lately and ever more frequently I have been using distillate cannabis oil due to the removing of the terpene profiles and the ability to get a more accurate dosing. 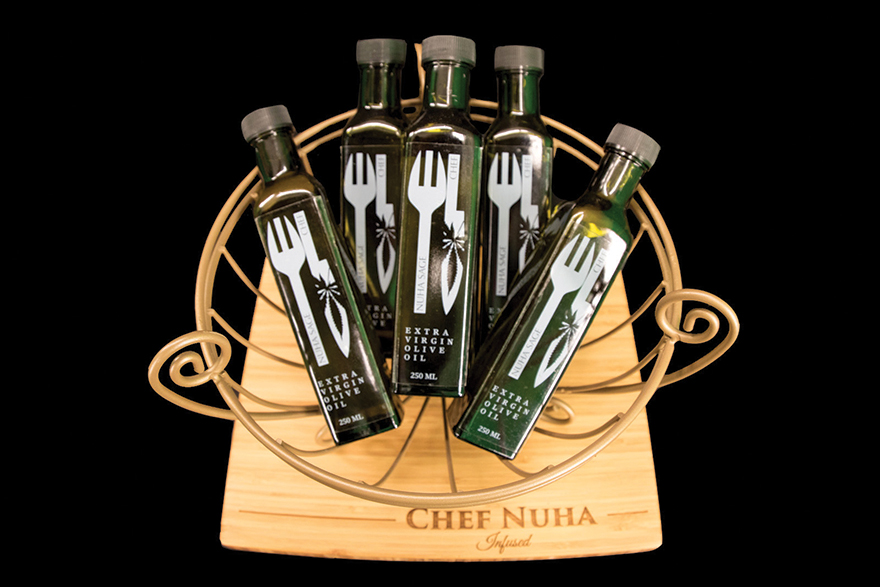 Tell us about your products and what you have coming out.

On July 1, 2018 we are releasing to the licensed California market my new Cannabiscotti line with three skews, a cherry, cranberry with white chocolate drizzle, dark chocolate and peanut butter cacao chips, an almond and pistachio with rose water and brown sugar and a new vegan and gluten free cannabite with oatmeal, walnut, dates and flax seed. of course we will also be re-releasing my extra virgin first press medicated olive oil.

What do you think the key to making consistent edibles is? 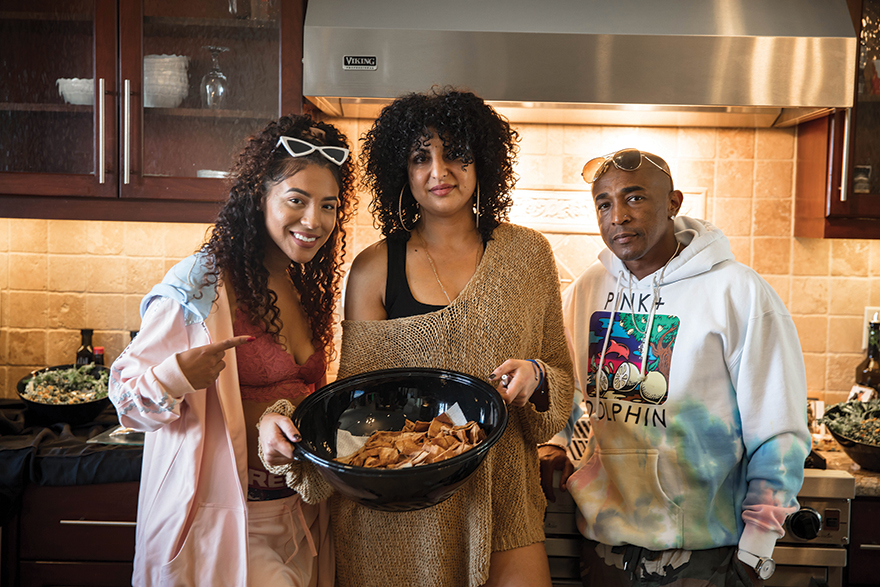 Any recommendations to newbies to edibles?

Microdose. Be careful if the product is home made or not as they seem to be quite a bit more potent. be patient and build your tolerance. All it takes is one bad trip and then most people will never take an edible again.

Were you a fan of Anthony Bourdain and his shows? How do you think his passing will affect the celebrity chef community?

The sudden loss of Anthony Bourdain was felt by so many people because it was if they lost a life long friend who they never met. Anthony was able to bridge culture on a ground level bases. He brought food, people and culture in a way that all other travel shows had failed to ever reach into. We were able to see into the lives of others, in places we would of never thought of visiting and to taste food we would of never thought of eating. He addressed political and moral issues all wrapped into a simple dish of food. It’s saddens me to know how much pain he was in. For those of you who haven’t read Kitchen Confidential and are fans of his it’s a must. His presence will be deeply missed. He was a national treasure that generations to come will read about.

I believe it will affect the chef community in a very positive way, people who didn’t really know all his good it all came out the day he passed and some of that good will stick on all of us 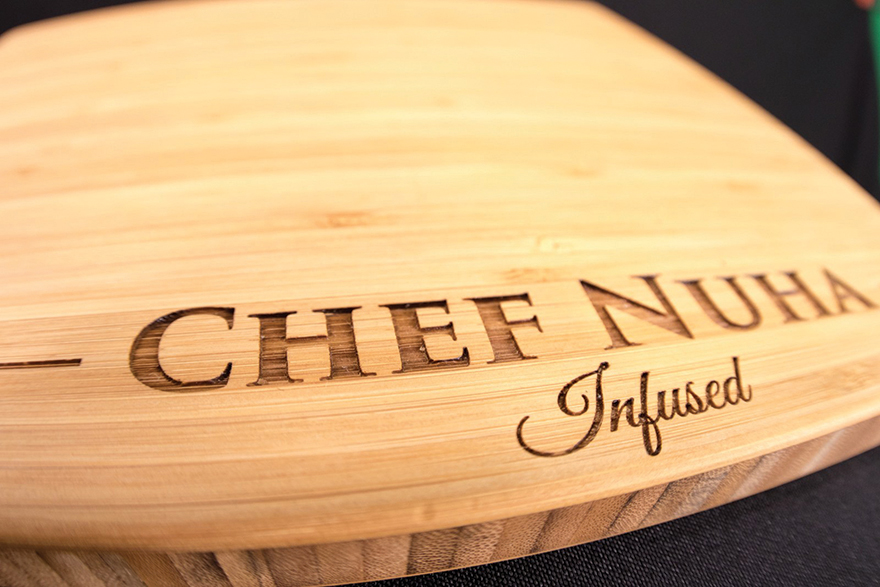 What changes do you hope to see in cannabis legislation in California?

I think the high taxation will be a hinder to legalization as the black market prices will dominate, making it hard for legal businesses to compete. I would love to see more licenses being issued for retail and less for manufacturing and cultivation as it’s nearly 50 (cultivation/manufacturing) to 1 (retail). 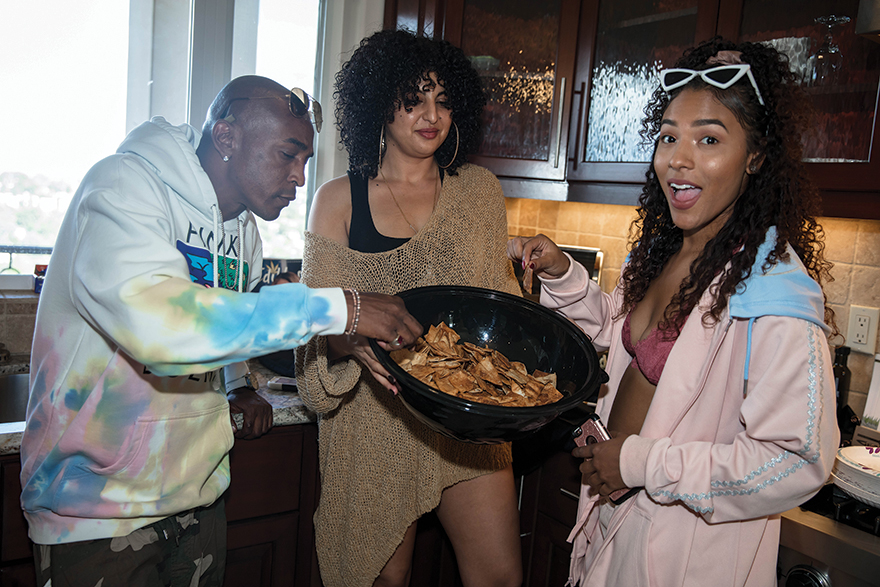